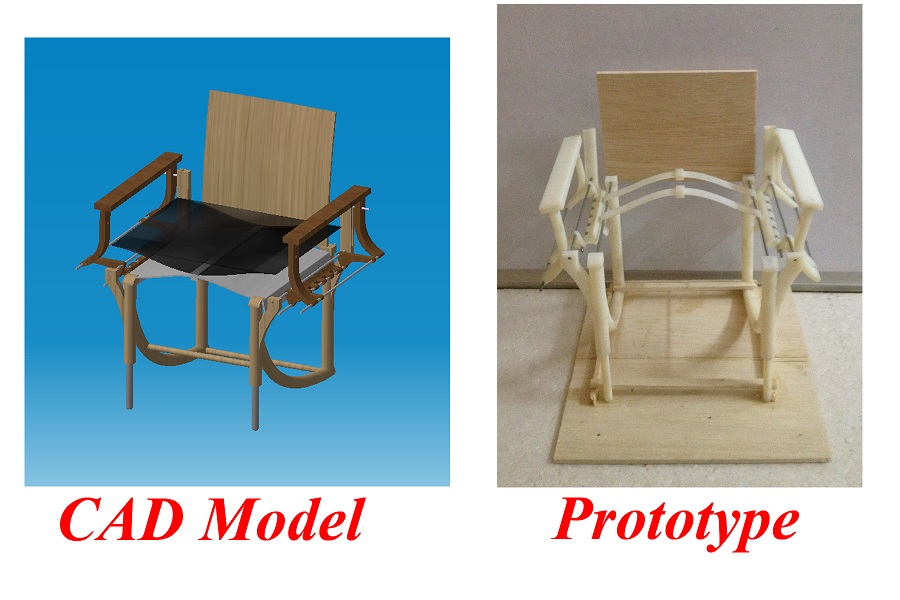 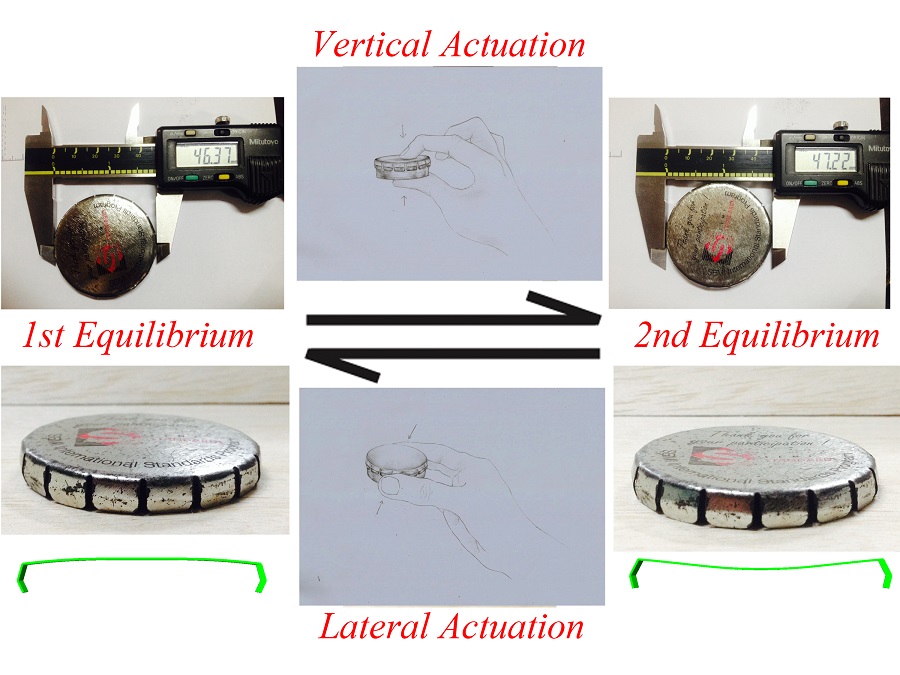 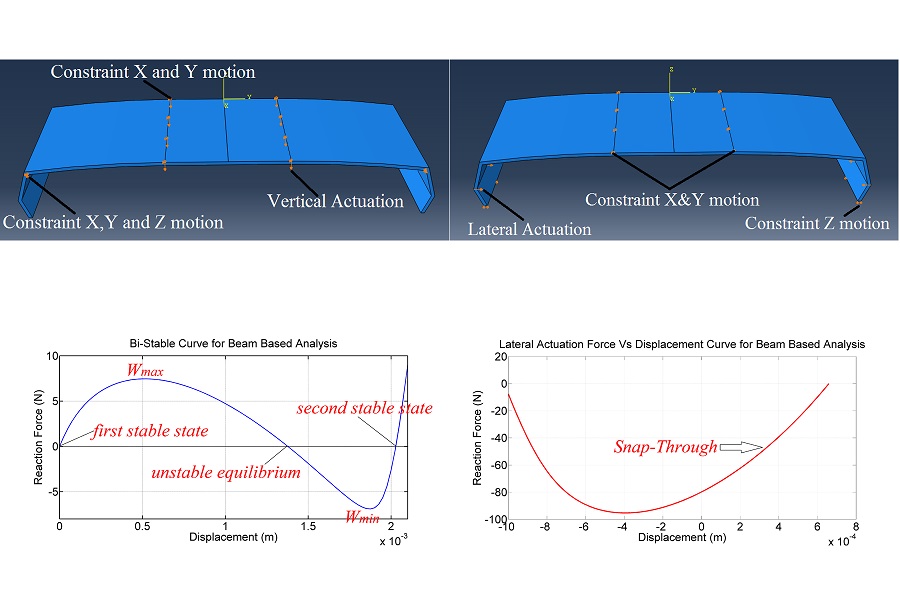 Motivation
There are about 576 million people aged more than 65 in the world today. Of these, approximately 350 million have arthritis. For these people, the stresses that develop in their knees when rising from a seated position can be uncomfortably high. While there are several existing chairs designed to address this problem, most use electrical actuators or complex hydraulic systems. The objective of this project is to make a chair that does not require any external energy other than the weight and forces applied by the user. In this regard, the project focused exploiting the principle of compliant bi-modal bi-stability to design an affordable and easily producible chair.

Inspiration
Bi-Stability was observed in a lid that assumes two stable equilibrium positions. Mode-1 actuation switches the lid from the first stable state to the second and mode-2 actuation in the lateral direction switches from the second state to the first. During the lateral actuation, it was intuitively felt that the force required was less than that of the force required for vertical mode-1 actuation. The force-displacement characteristic was experimentally obtained using Dynamic Mechanical Analyzer to validate this intuition. It was observed that only 40% of the vertical force was needed for lateral actuation. This led to the idea that by applying a small force on the armrest, a person sitting on a chair can get assistance to raise from it.

Simulation
Applying the correct boundary conditions in FEA was the key to simulate the behavior of the lid. This was simulated in ABAQUS(nonlinear FEA) by imposing a hinge boundary condition (BC) at the continuous top-edge of the bent flaps and a vertical force at the center of the lids surface. This was for Mode-1. For mode-2 lateral actuation, the hinge BC’s were removed and the bottom edges of the bent flaps were constrained to move on a plane.
A ‘2 cosine curve’ gives consistent bi-stability. Several profiles were considered and simulated in Comsol. A variant of the cosine curve, modified to have a central stiffener (which prevents the second buckling mode) was designed. This profile out-performed the others on the basis of ratio of Normal force/ Lateral force, and hence chosen to be incorporated in the chair design.

Actuation
A bell crank was chosen to be the suitable actuation which will transfer the force from the armrest to the bi-stable lid and simulated in ABAQUS using contact conditions. The rigid linkages and the bi-stable lid were together simulated using ADAMS. A spring corresponding the stiffness of the bi-stable mechanism was used to address the bi-stability. The dimension of the chair’s components were decided based on these analysis. It was ensured that the lateral mode-2 actuation on the armrest is less than the mode-1 actuation equal to the weight of the person.

Closure
Simulations carried out using Comsol, Abaqus and ADAMS helped in understanding the efficacy of the BCs and the profile of the bi-stable mechanism, and thereby helped us design and prototype a fully mechanical, cost-effective, bi-modal bi-stable compliant chair.