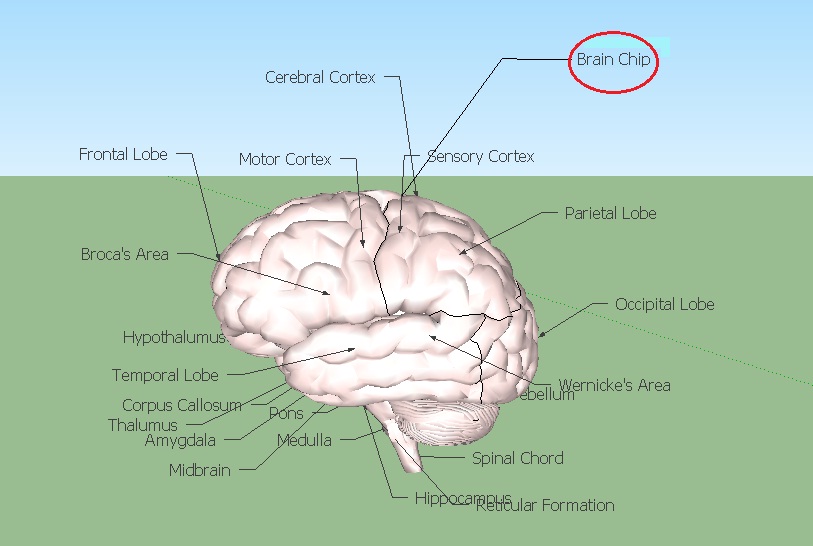 Science and Technology is entering a phase where it will outwit humans in intelligence as well as efficiency in all aspects. Man has now found a way in which he can keep pace with technology, and one of the recently wide spreading developments in this regard is the brain chip implant. Brain chips are made with a concept to enhance the memory of man, effectively help paralyzed patients, and are also intended to serve for military purposes. The opportunities of Brain Chip Technology are so large and still a lot more can go.

e-Aura is a concept of invisible communication between human beings. It primarily makes use of Neuro chips, which can mounted inside the human brain. The Neuro-chips or Brain chips enable couple brain cells and silicon circuits to monitor the electric signals leaking from a particular segment of our brain called the cerebral cortex, through neurons. The chip size is around 1 millimeter square and integrates a number of capacitors and transistors.

Brain chips serve as electrical signal recording unit and transmitter after suitable signal processing and conditioning. Recording of electric signals from neurons were done using around 15,000 of chip's transistors. Brain chip transmitted signals (over FM Waves) will be received by an external electronic control unit (ECU), which takes further decisions for initiating communication using some intelligent conversion algorithms. The user's ECU then requests the host ECU of wanted end person. After receiving an acknowledgement from host ECU, it simultaneously establishes a communication channel with host's Brain chip. Finally, a communication path will be  set up between two end users.