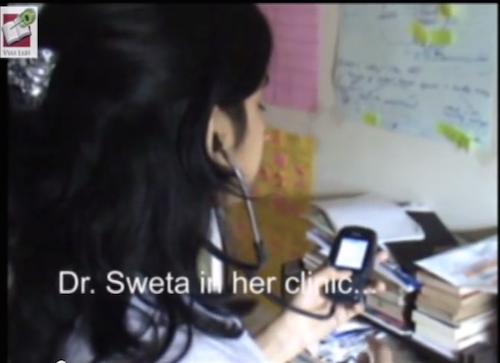 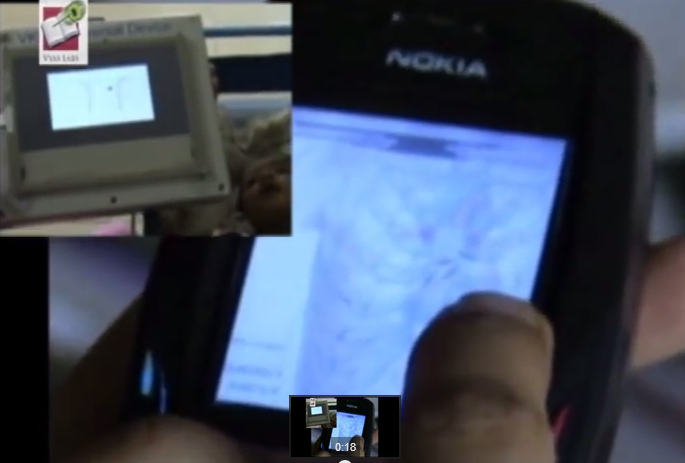 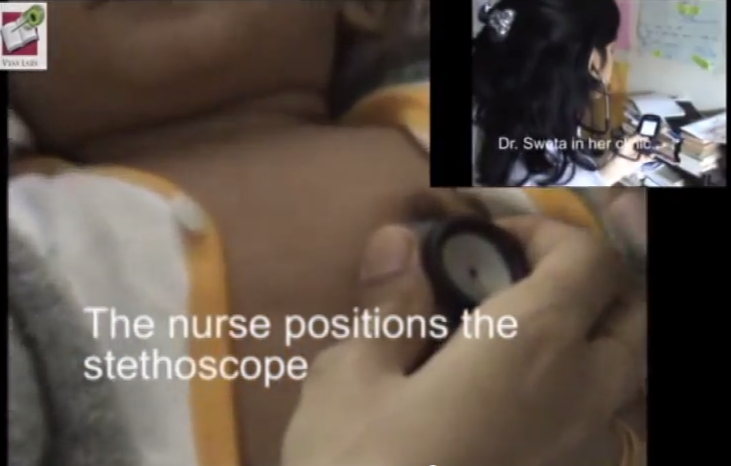 DrRho is a medical tele-presence robot under development at Vyas Labs. It provides a robotic base with human environment maneuverability and a set of robotic manipulators, together with telemedicine modalities of electronic stethoscope, blood pressure, temperature, ECG and pulse-oximetry. It also provides the doctors’ an intuitive vision system, as the robots eyes turn as the doctor moves his head. For collaborative examination and surgery, the robot carries a micro projector.

The robot may be deployed at locations such as hospital wards, doctor’s clinics, and other public places. It allows doctors to examine and interact with patients just as in a clinical setting. The doctor using the robot may be physically present anywhere on the globe.

The use cases include remote ward-rounds, which saves the doctors’ travel time, in effect allowing them to visit more patients. The doctor can intersperse ward visits between different locations, and be on call for critical patients at remote locations.

The other use cases are in terms of doctor’s collaboration. Multiple doctors may work together to examine and treat a patient, including collaborative surgery. The remote doctor can draw on her tablet, and the graphic is projected by the micro projector on the patient showing the location of interest. This can be used in surgery to project incision lines.

1. The integration of head movement tracking to extend the vision of doctors’ is an innovation in the project.
2. Another innovation is touch based instrument placement. This gives a clinic like feeling to doctors.
3. We have innovated in the connectivity band-width requirements for the tele-presence system to work.
4. The power and mechatronics systems in the robot have been designed to maximize run time per charge
5. The manipulator (robot-arm) placement is novel and allows human like work space access.
6. Collaborative examination and surgery methods implemented in the robot are novel.
7. We have also innovated in designing the feedback and patient isolation systems in the robot.
8. Our proposed system is constructed in less than Rs 1 lakh.
The combination of a telemedicine system with a tele-presence robot is another novel concept. We are creating all interfaces to allow easy localization. This is important in the Indian context as it allows local languages to be used.

We have working a proto-type of the system.
1. We completed the tele-medicine modalities system in 2010.
2. We have a robot base, mechatronics and basic instrumentation for the robot in place.