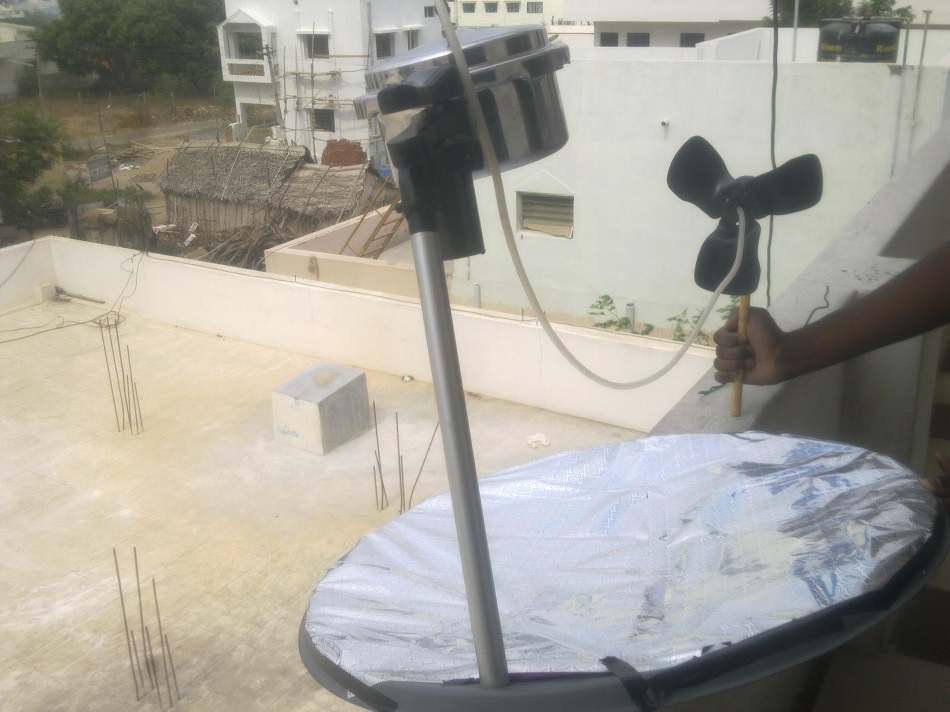 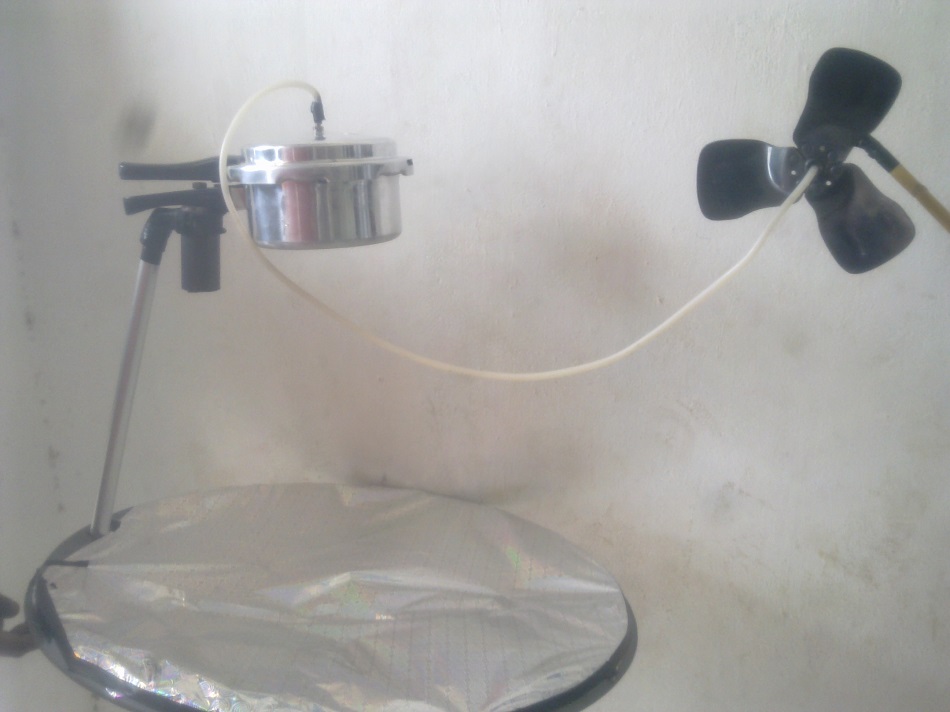 Electricity need is increasing in our daily life. Nowadays scarcity of
electricity has increased. The sources of producing electricity from renewable
means is the latest trend in our society. The generation of Electrical energy from
Heat energy is discussed.

Heliostat is a technology to use the renewable energy resources from
which heat energy can be produced. A heliostat is a device that includes a
mirror, usually a plane mirror, which turns so as to keep reflecting sunlight
toward a predetermined target, compensating for the sun's apparent motions in
the sky. Most heliostats are used for day lighting or for the production of
concentrated, usually to generate electricity. Large installations such as solar-
thermal power stations include fields of heliostats comprising many mirrors.
Usually, all the mirrors in such a field are controlled by a single computer. The
heliostat field that surrounds the tower is laid out to optimize the annual
performance of the plant. The field and the receiver are also sized depending on
the needs of the utility. Most concentrated solar technologies use mirrors to
focus flux, and there is a wide range of heliostat designs used across the
industry. This heliostat technology has been altered in order in a way to give
heat enormously. The maximum temperature recorded is about 3500 0C in
Eunuch, Spain.

The temperature obtained by using Heliostat is point focussed to a
pressure cooker in order to produce steam which is around 1.334 bar. This
pressure is capable of rotating the turbine which is coupled with a generator, so
that electricity can be produced and stored in a battery for later use.