Fill the hole in the ozone layer 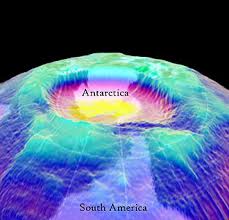 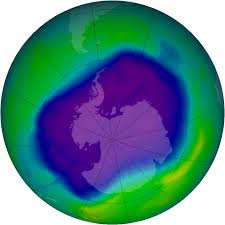 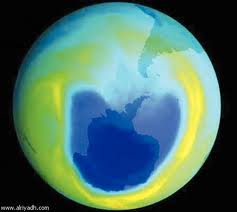 Damage from the ozone hole:

When human skin is exposed to a great deal of UV damage can happen in the nuclei of cells
Foreign epidermis of the skin center DNA
• occurrence of premature aging and poisoning the blood and nervous exhaustion :::
• weakness of the immune system in the body and not Mquaomaonchar tumors ::
• Lack of agricultural crops ::
• the effect of ultraviolet radiation on Fisheries ::
• injury to livestock, diseases

A way to bridge the ozone hole:

Cultivate a lot of plants in greenhouses to expose them to the sunlight job by us to take oxygen and Nabih the pipeline oxygen and then we divide them into three thirds and then put two thirds aside and take the other third, and we are introducing the ultraviolet rays for a long time, even disintegrate oxygen becomes atoms individually and then we enter each atom with atoms Oxygen and ozone molecule consists Then we send planes to places where the ozone hole and then we offload the ozone hole disappears gradually, until it disappears completely, and then the two types of people to protect the ozone layer

3) the disappearance of little ailments

4) are not exposed ground to ultraviolet rays and thus widening the ozone hole would lead to exposure of the land where the UV can lead to an imbalance in the immune system and damage to the human eye and the high skin cancer risk.

As for the plants, it has been proven that exposure to ultraviolet radiation amounts damage the productivity and thus lower Balakhaddor which threatens food security on the Earth's surface.

This project will not only be the Federation of State and standing next to each other and to stop the conflicts and revolutions for the land and for them as well and I hope that you like my idea and thanks.