How to 3D print a Sun 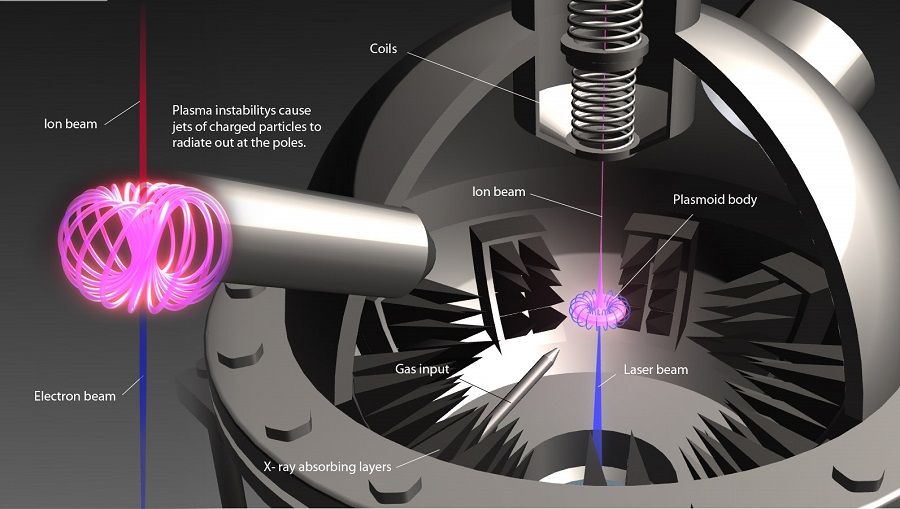 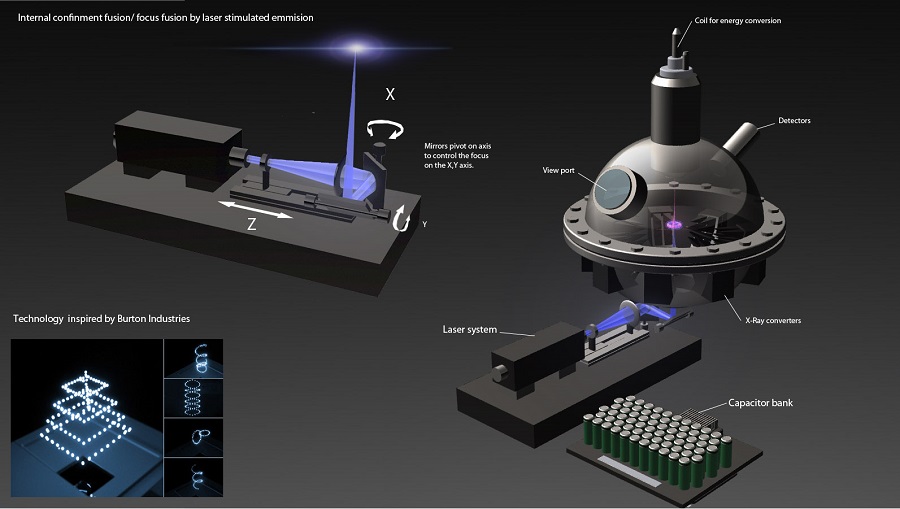 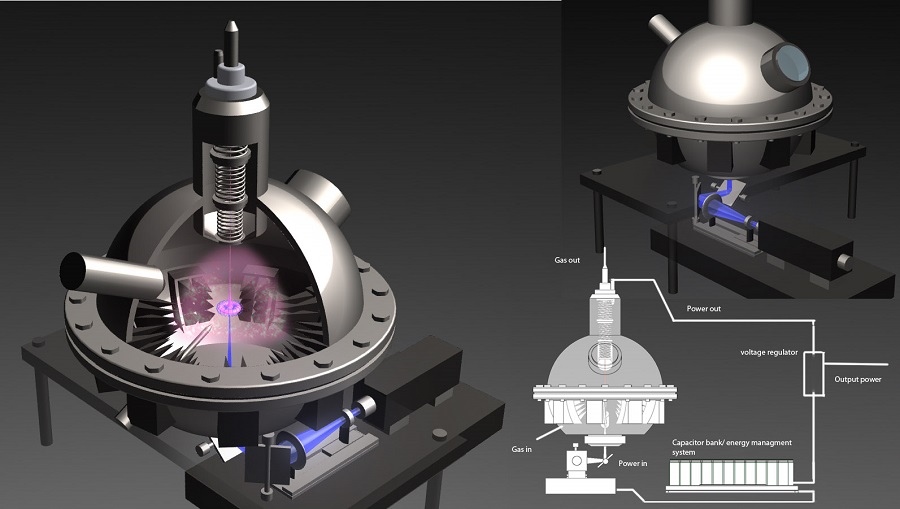 My proposed solution involves using focused laser light in programmable configurations to either produce electrostatic fields or induce currents in the ionized gas causing fusion to occur. The goal in mind is to create a self sustained plasma body, which would produce its own jet stream of ions due to its own instabilities, and to harness the ion energy from the jet for direct energy conversion.

The fuel of the machine would be a proton Boron 11 mixture, which fuse to produce 3 helium nuclei and energy. The reaction produces virtually no neutrons, and the radiation is in the X-ray range, which can be easily shielded.

Utilizing the technology developed by Buton Industries, the laser focus would move about rapidly within the core of the reactor by a system of mirrors and lenses. The focused laser pulses at specific points in 3d space would create a holographic or virtual electrode made up of tiny explosions creating a micro ball of ions, these ion balls would then be positioned in a spherical shape or toroidal shape around the core of the fusor, inducing an electrostatic force on the ions in the gas causing them to collide at the center, allowing for fusion to occur. If the ion explosions were in a toroidal shape, they could then electrostaticly squeeze the plasma into a plasmoid body, which would produce its own jet stream of ions due to its own instabilities, the ions would then be converted into electricity at about 80% efficiency by having the ions pass through a copper coil, inducing a current. To aid in power efficiency, a series of pyramidal structures made up of thousands of thin metal sheets would line the interior of the reactor chamber, functioning as x-ray absorbers as well as convert the absorbed x-rays into electricity.

The advantages to having a holographic laser system is the flexibility of having all the confinement shapes of the plasma body being programmable, if something doesn’t work you can change the program, verses having to take apart the machine and re- make a part. Having this this variability allows researchers to run experiments exponentially faster, and allows the potential for new discoveries.

Another advantage is cost, rather than having large super cold magnets to squeeze the plasma in large billion dollar tokamaks, this device only uses focused laser light to coax the gas into a plasma near the core of the machine, having the plasma create its own magnetic fields, so there is no need for large magnets.

Drawbacks are largely engineering issues like what material to make the window to allow for the laser light to come into the machine while still maintaining a low pressure within the chamber. Also the power, and resolution of the laser focus would have to be extremely small, and whether of not micro plasma explosions will induce a current or have electrostatic effects are pure theory.