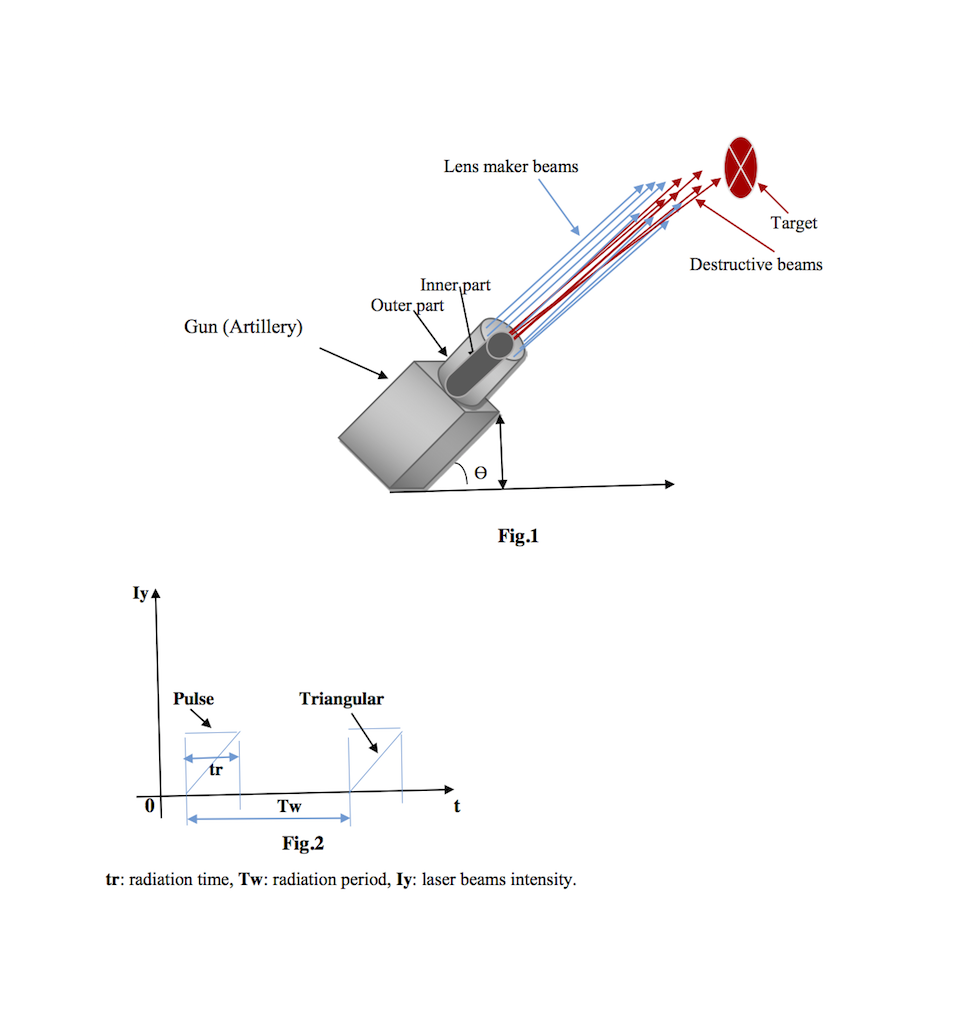 Bubbles in a kettle of boiling water, droplets on a sweaty room window
and dew droplets on leaves and flowers, all of them, can act as natural
lenses; those droplets can magnify the objects of their environments.
So, the above facts are the main roots of a new idea that may come
into mind immediately after observing all of those facts;
employing air molecules as tiny natural lenses to enhance and
modify the laser beams in the air, to overcome the problem of using
lens in the laser weapons and laser beams focusing in the air against
targets: the EAML system. It can be a complementary system for SSWDS system [Shielded Space Wall Defense System] ;( that I presented the SSWDS & LRDS [Laser Raining Defense System], systems in my 2014 contest entrant on this site.).

That creation is done by laser beams! For that purpose, it should be used a concentric laser artillery or gun, as its outer part create lenses by a special laser beams, and simultaneously to enhance the laser beams of its inner part, that passing through those lenses and radiate into the target, see Fig.1.