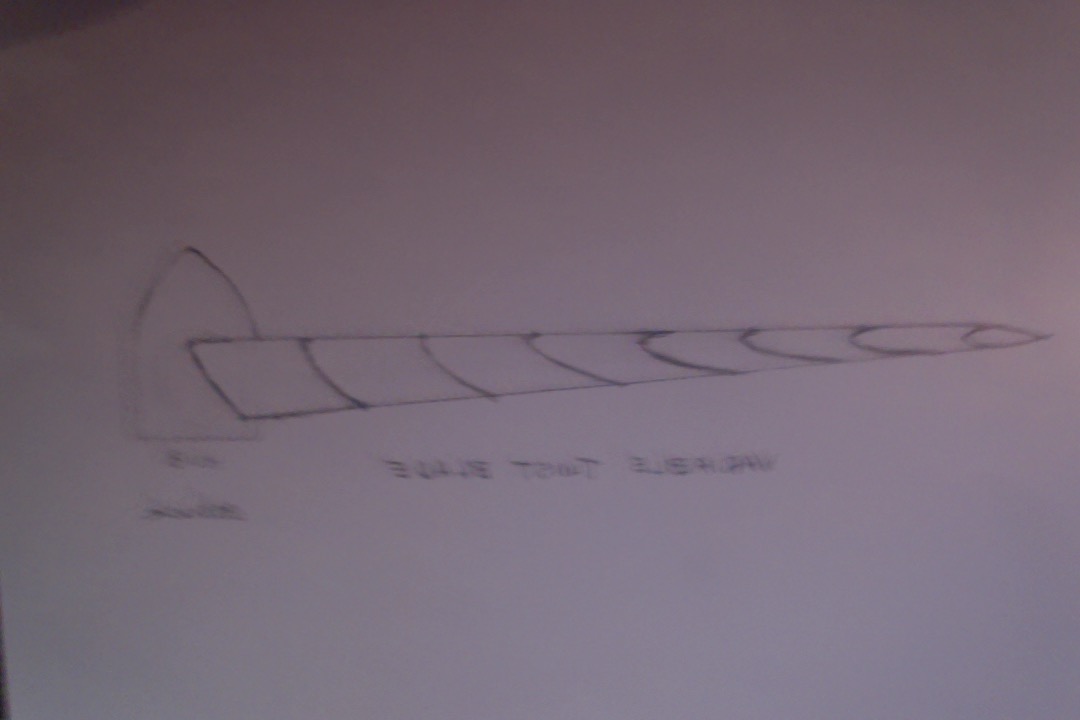 Problem: For all rotary wing devices, propellers, helicopter rotors, wind turbines, etc., there is an optimum twist to the blade for a given flow of air through the rotor disc. In most cases, the chosen twist is not optimum, and further, the use of rigid blades means that in variable flow conditions, gusts, the lift is not uniform.

Benefits: The rotor blade described here maintains a constant lift under all conditions, automatically compensating for gusts, adjusting the twist, even autorotating automatically.

Applications: For a tilt-rotor aircraft, the novel rotor allows high efficiency in hover, has increased twist when employed as a propeller, and can even reverse the twist for autorotation. In a conventional helicopter, a manual control of cyclic pitch is needed only for maneuvering; it can fly "hands off" in level flight even in gusty conditions. "Collective pitch" can be tied to altitude if desired, and automation can be automatic in the event of power failure. Pilot training and work load is greatly reduced. the constant lift makes it ideal for a safe, stall-proof gyroplane. For a wind turbine, efficiency is maximized, and it can be programed for constant rpm or constant torque.

The market potential is obvious.

The rotor blade consists of a (tubular) spar with short airfoil sections strung along it, free to rotate around the spar. Each airfoil segment has a deformable trailing edge (piezoelectric actuator?) to determine the angle of attack relative to the local airflow. The actuator is controlled by an electronic module containing a battery and recharging source (solar cells or a transducer to convert vibration, sound, to electricity), a lift sensor (responding to the difference in pressure between the two sides of the airfoil), a stall detection sensor and an accelerometer (to monitor rpm), a wireless receiver for control inputs (i.e.. to determine the desired lift), and electronics to maintain the desired lift (which increases with distance from the hub) regardless of variations in the velocity of the local airflow. The lift of each blade remains constant (as commanded) whether advancing, retreating, or encountering a gust or even a reversal follow through the disc, as in autorotation. No flap or drag hinges are required, nor is any mechanical control mechanism; it's fly by wireless. Apart from the batteries and the"infinite life" bearings around the spar, there is nothing to wear out or require maintenance.

Manufacturing is simple and relatively low-cost. The airfoil segments might be plastic, and the electronic modules should be no more costly than a cellphone.