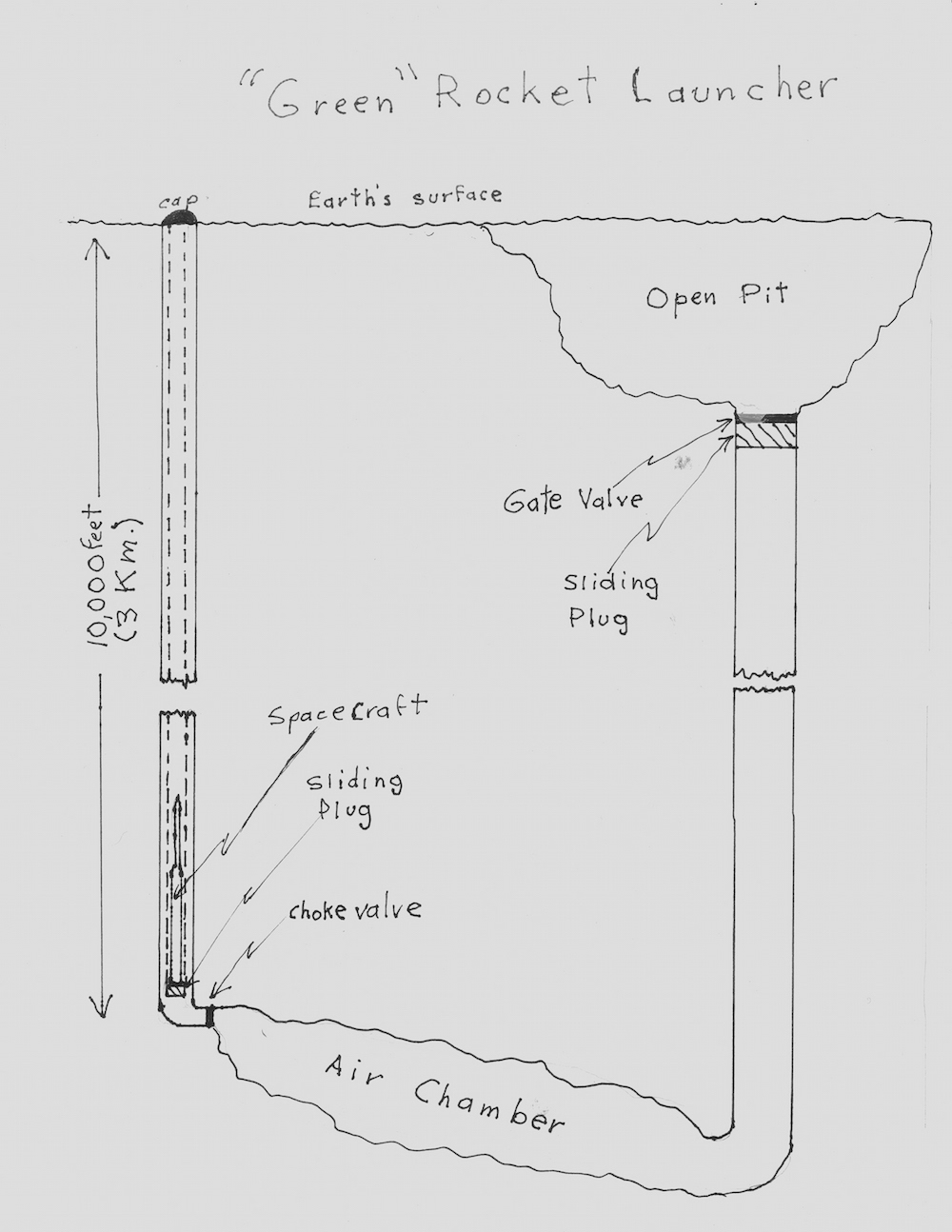 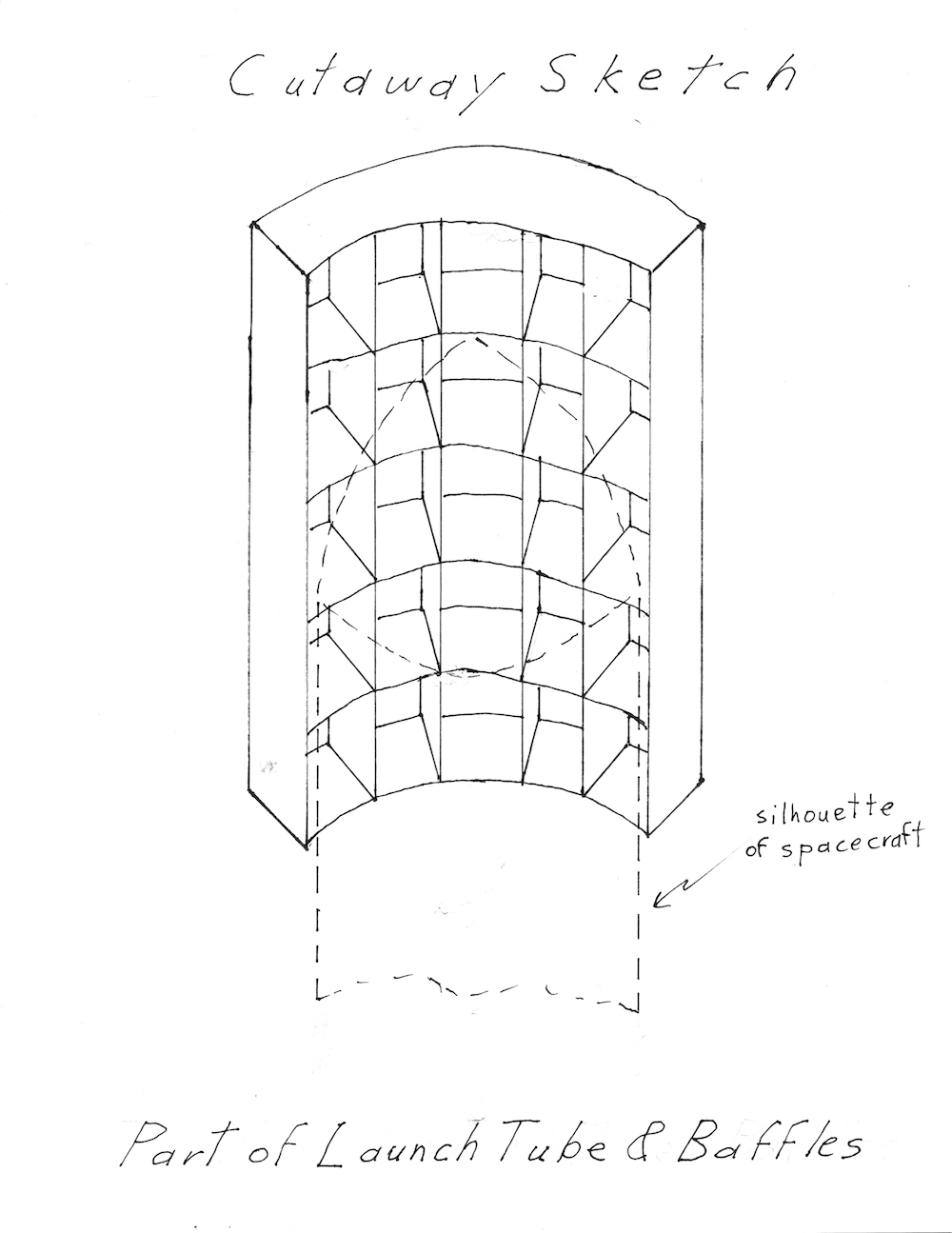 A heavy lifting rocket launcher using a 10,000' vertical shaft and a water reservoir.

The Kidd Creek mine in Ontario, Canada has reached a depth of about 10,000'. It is an active mine with about 10 to 20 years of life left. It started as an open pit operation and has continued as an underground operation.

This rocket launcher basically consists of a shaft of approximately 100' diameter sunk to a depth of 10,000' under an existing open pit. The open pit is filled with water. The steel lined shaft would connected at the bottom to drifts (tunnels) or open stopes of a large dimension sloping upward to another shaft of about 30' diameter.

The spacecraft would be lowered down on a column of water and would sit at the bottom of the 30' diameter shaft. Water in the open pit would be released down the big shaft pushing a plug down and compressing the air ahead of it. This column of water has a pressure of 4335 psi at a 10000' depth. This pressure causes the air in the stope(s) to develop a static force of 441,277,246 pounds-force or 1.969 GigaNewtons under the spacecraft. Dynamic force generated by the falling water was not calculated. I surmise that it is considerably greater.

To control the pressure, a variable choke, throttle or restriction is needed. It could be an ablative or other mechanical control. A plug underneath the spacecraft separates the spacecraft from a partial vacuum created in the shaft. Sealing the top of the shaft with a cap and evacuating the air in the shaft as much as possible or replacing it with a less dense gas will ease the launch.

The launch tube is made of steel with baffles every 4 feet or so and as deep as necessary to absorb the pressure which increases on the spacecraft as it progresses up the tube. Spirally winding the baffles would perhaps be necessary to reduce pressure pulsations. Another solution would be a tube within the tube with perforations in the inner tube and partitions.The velocity at the mouth of the tube should be subsonic to avoid too much shock. An exoskeleton that can be jettisoned might be needed to protect the spacecraft on its ascent up the launch tube. The acceleration would be about 6g or 191.9 feet per second per second. The rocket engine(s) would ignite as soon as the spacecraft left the launch tube

The heavy booster first stage used up to now would be eliminated and the spacecraft could mainly be made of less expensive high strength steel (maraging steel). The rocket would not have the weight or length limitations of existing spacecraft.

With the impulse of the launcher alone, the spacecraft would reach a height of about 20,000 feet, neglecting air resistance. More importantly a rocket is most efficient when its velocity approaches the rocket exhaust velocity. The 1145 feet per second head start given by the launcher helps a lot toward this velocity.