Explosive Material Identification from a Distance 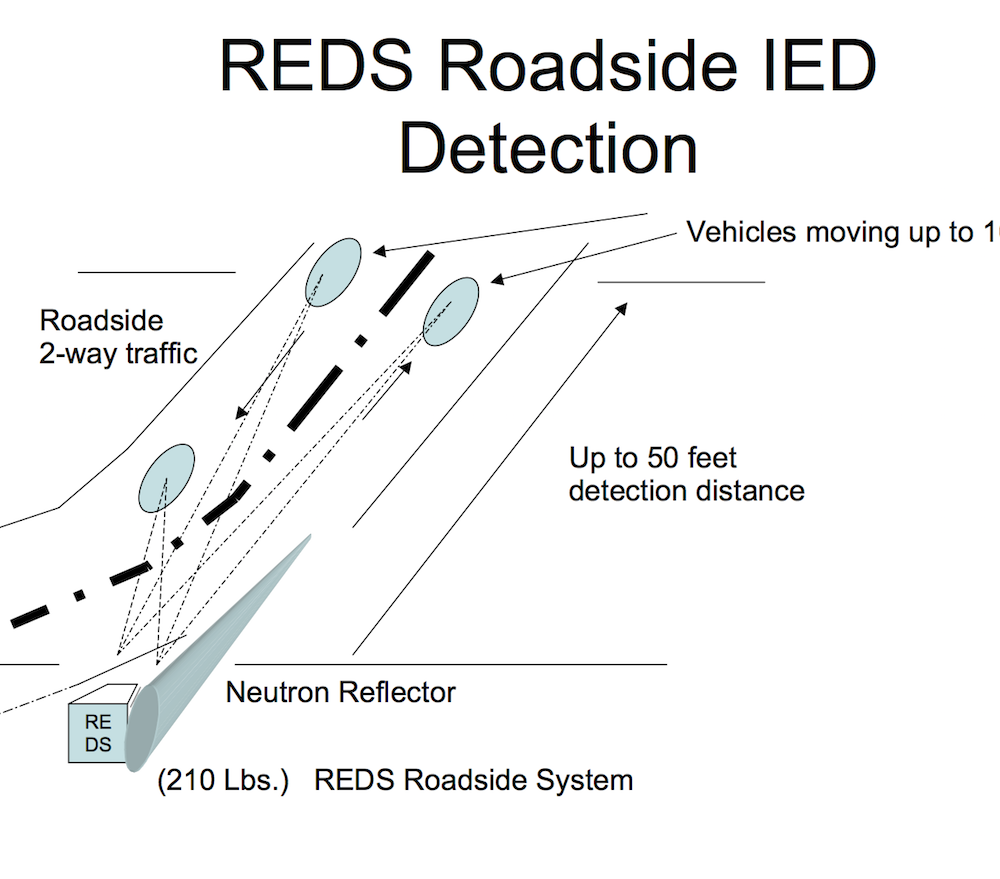 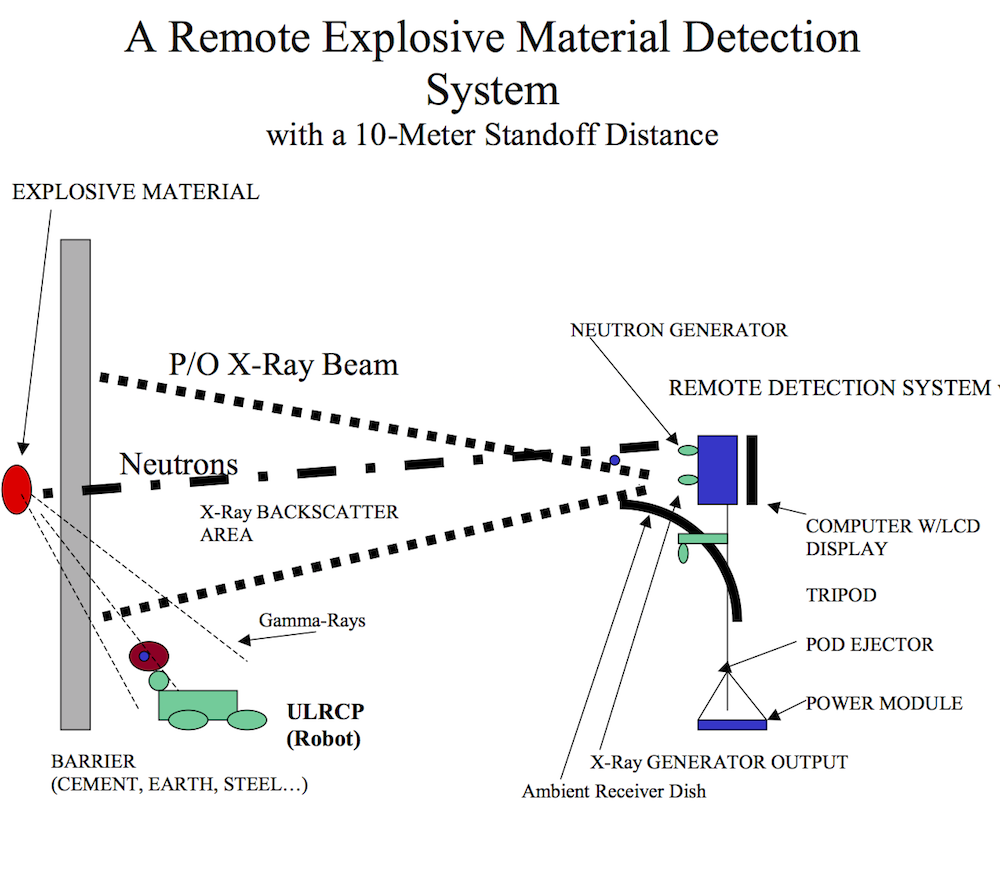 EMID is possible using our Remote Explosive Detection System (REDS) which interrogates the distant unknown suspect material using a high flux pulsed neutron beam, pinging the unknown suspect material thereby creating gamma ray emissions which are then measured along vertical and horizontal axis’s. Assuming a single gamma is produced per neutron impinging upon the target material from the gun. The required flux of gammas needed at the detector to identify materials is X, and since the point source geometry that yields low divergence angle neutron beams at a sufficient stand-off distance occurs with 1/r2 attenuation, the relationship is Flux at the GN (Gun Nozzle) = E(x) 1/r2 ,where r is the standoff distance. The nominal single neutron source used in the REDS is designed for 1.8x1010 n/s pulsed. The ULRCP (robot) detection system is comprised of neutron and gamma ray detector arrays. Multiple detector arrays are used to monitor both the back scattered and the forward scattered neutrons and gamma rays. The fact that we can program the muzzle velocity to match the distance and angle parameters with respect to the gamma detector specification is key to the operation of the system. The data from the detector arrays is transmitted to the REDS where it is processed and analyzed. The resultant data from each array is compared to a known table of explosive materials, and further used to produce multiple images of the unknown target material which is then displayed on the laptop LCD screen. An immediate audible alarm is given once positive identification is made well within five seconds. The image data is displayed in less than one minute.