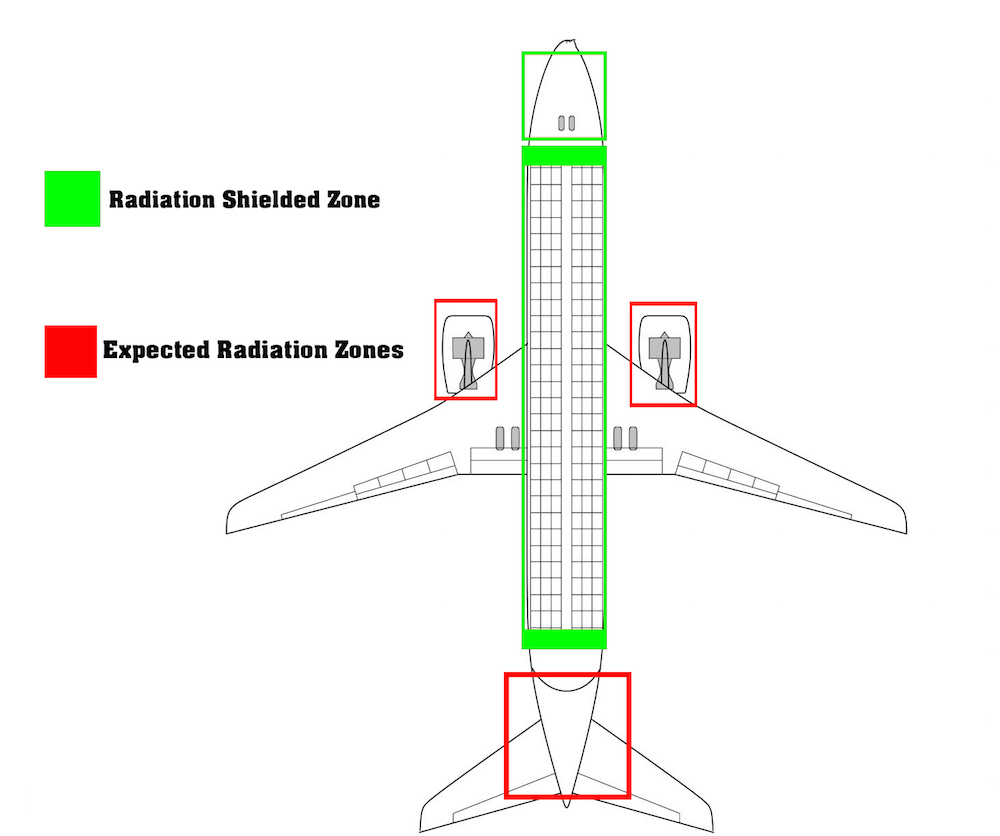 "The sooner we get started with alternative energy sources and recognize that fossil-fuel makes us less secure as a nation and more dangerous as a planet, the better off we'll be." -Lindsey Graham

Nuclear pulse propulsion or external pulsed plasma propulsion, is a method of spacecraft propulsion that uses nuclear explosions for thrust. As we all know the exhausting effect of fossil-fuels on our planet Earth, there arises a sudden need to shift to a sustainable/better alternative for the Aircraft Propulsion Systems used in the aviation industry.

The total consumption of aviation fuel in 2013 was about 14,904.7 million gallons with 16,220.7 million gallons in 2014 and this number won't stop growing. The integrated approach of enabling the Aircraft to use Nuclear Pulse Propulsion method depletes the need of fossil fuels and also has a higher efficiency than the traditional gasoline used.The system if controlled adequately can decrease the flight times almost by 2-3 times resulting in a most efficient approach in transportation services. NPP systems if integrated in the commercial airplanes can save up to 70-80% of the aviation fuel with a lot less carbon dioxide expulsion.

The system shall consist of a proper Nuclear Pulse Unit installed in the aircraft's heart that would power the propellers and also produce enough thrust to force the aircraft forward with twice the efficiency and a significant reduced consumption.

In a nuclear pulse propulsion unit, the explosive charge ablatively vaporizes the propellant, propelling it away from the charge, and simultaneously creating a plasma out of the propellant, the propellant then goes on to impact the pusher plate at the back of the aircraft, imparting a pulse of 'pushing' energy.

The NPP unit however would create a huge amount of thrust power out-of-reach for normal travel.However using calculated quantities of nuclear fuel and dividing the energy equally for the required propulsion will stabilize and reach typical or even faster speeds for aviation transportation.

One of the main problems to use nuclear pulse propulsion systems would be to safeguard the travelers from the harmful radiation from the spent nuclear fuel and nuclear pulse explosions. For this, the concept of electrostatic radiation shielding fits perfectly. As we know about the charge accumulation on the aircraft's wings when flying in the stratosphere, we will exploit this fact and link up the NPP generator module with the outside charge so as a positive and negative charge difference is created. This will lead to capturing and neutralizing the harmful radiations from the NPP reactor/unit.

Hence we can reduce the consumption of fossil fuels and also reduce emissions effectively by deploying the Nuclear Pulse Propulsion systems in commercial airliners. This system is just the first step toward sustainable energy and is rather an insignificant one but One cannot run before learning to walk" and one day in future for sure this technology will also be replaced by something even more challenging and efficient and push the human race forward.