Recycled Plastics from Garbage as Shield Against Radiation in Space 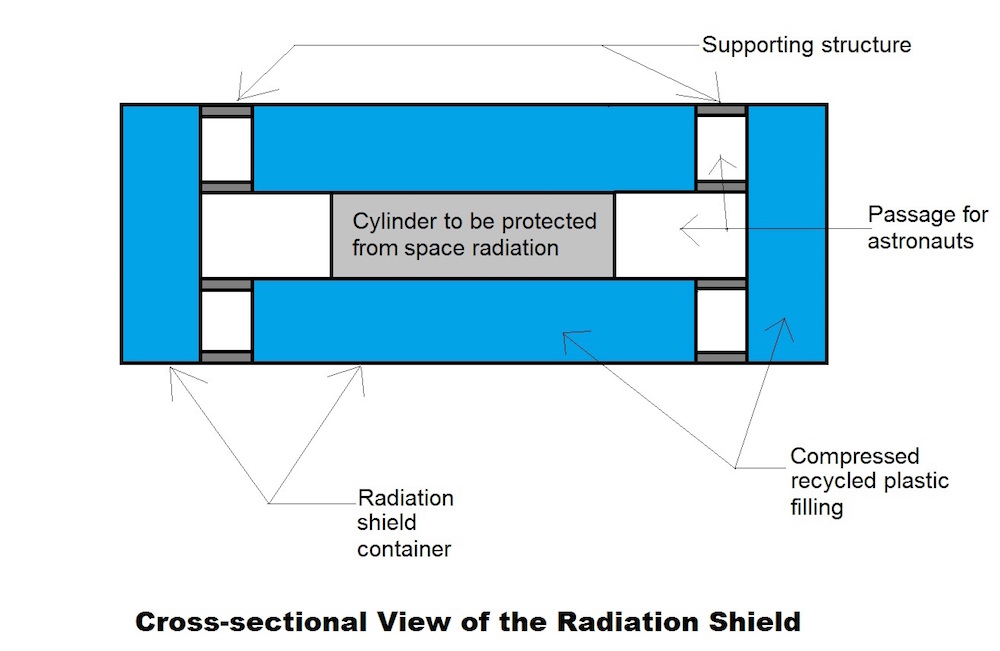 I have been working lately on shielding against radiation in space which does not cost over $100,000 U.S. dollars to shield a cylinder 5 meters in diameter and 15 meters long against harmful radiations in space. The two competing most qualified candidates for shielding against such radiations with respect to the given budget limit are polyethylene and water. Water has an advantage of costing less per volume compared to polyethylene material that can be obtained from manufacturers but not the polyethylene plastics that came from the garbage. Using recycled plastic bags from the garbage doesn't cost at all except that it has to be cleaned with water and germicidal solution like the low-cost brine before using it for a purpose. Also, polyethylene weigh less compared to water and doesn't spread through small holes if ever a leak occur. The density of water is 1 gram per cubic centimeter while polyethylene is just 0.91 to 0.96 grams per cubic centimeter. Less weight for space application means more efficiency in propulsion that cost millions of dollars per launch.

The idea about recycled plastics from garbage as shield against radiation in space was created for the purpose of optimization and are not commercially available but freely available for public or government reuse.