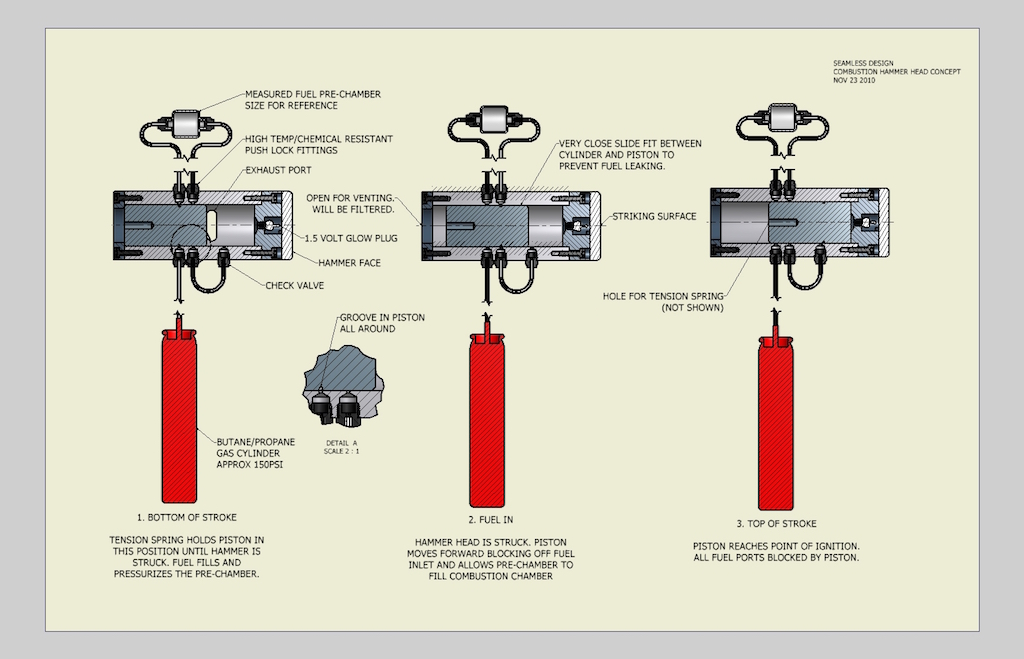 This describes a hammer with two weighted portions (hammer head and reaction weight) that are separated by a diesel combustion chamber. There is a fuel filled handle with a central fuel line running from the handle to the combustion chamber such that the chamber is recharged with fuel after each blow. Air and exhaust are through an entry port (away from the handle) by way of a vent similar to that of a two stroke engine. The port opens when the weights are spaced apart and close as the weights come closer together.