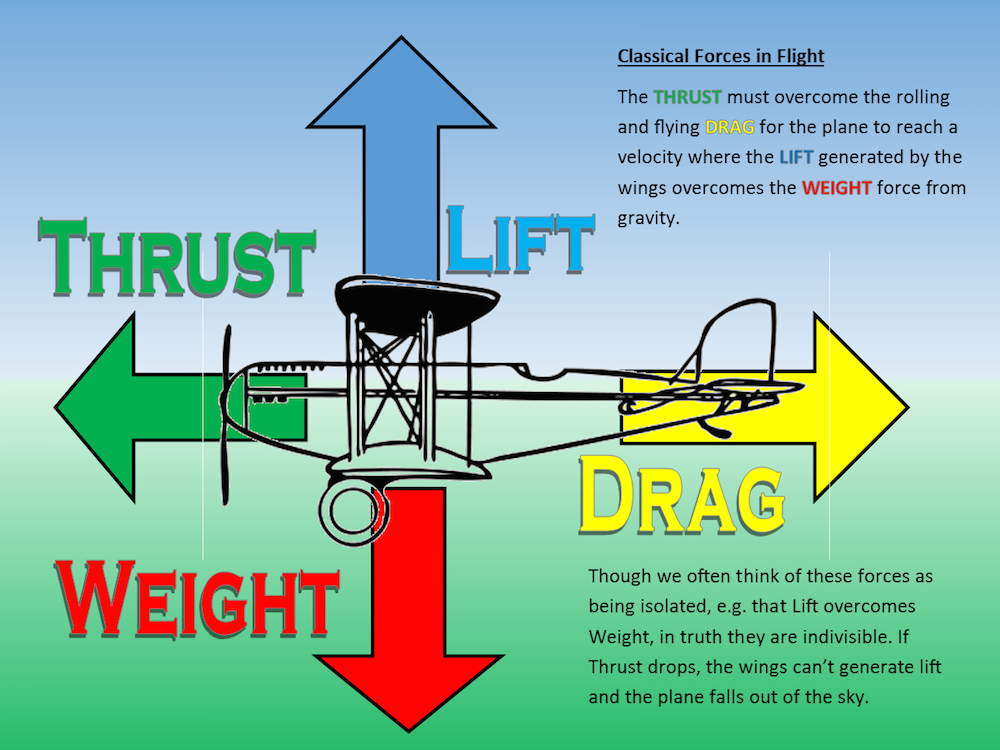 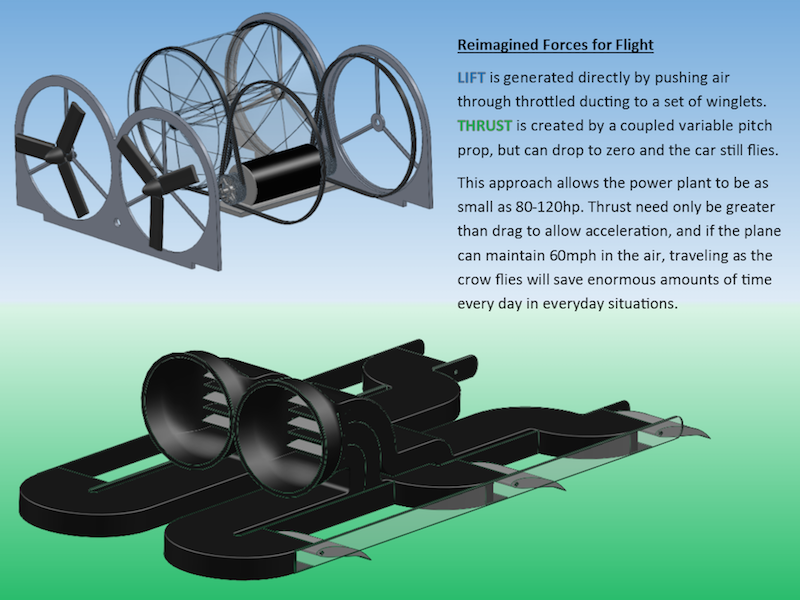 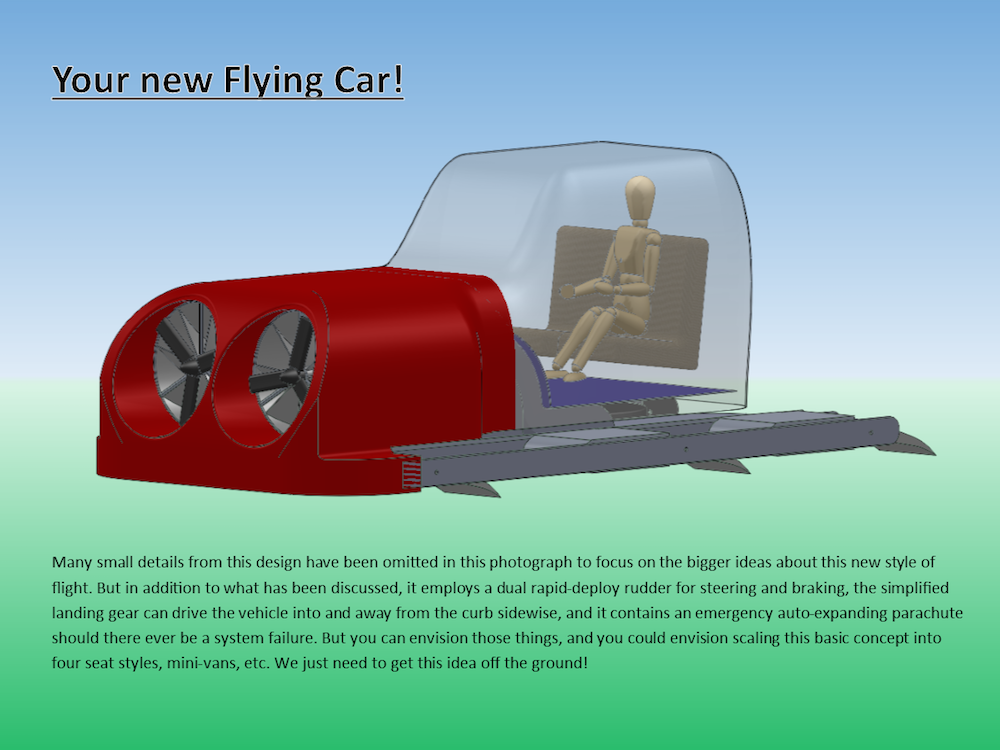 Every few years, it seems, we’re presented with the same empty promise: “Coming Soon! The Affordable Car that Flies like a Plane!” Though it’s true there have been prototypes in the air, and some companies may even be taking orders, these flying objects are not what their customers actually want to buy. And with base prices on most models starting at $200-$300K, they’re not exactly widely affordable.

What we want is the “Plane that Drives like a Car!” We want to step on an accelerator to make the plane go forward. We want to press a brake and come to a stop when we see trouble ahead, and not drop out of the sky. Crucially, we want to be able to travel as the crow flies, but we also want to park on a city street. We want to take off from our driveways and land at the grocery store.

We classically define four fundamental forces for flight: Thrust, Drag, Lift, and Weight, as shown in the figure. This model ties these forces together in an inseparable manner, with each constantly fighting against the other.

This personal air vehicle turns the entire paradigm of what flight means on its head. It creates a firm separation between lift vs. weight, and thrust vs. drag. And it does so in a way that doesn’t require the same amount of unwanted air-wash at low altitudes as current technology. This new design, fundamentally, solves different problems than the classic approach.

Today’s design ideas focus on improvement in two areas: less weight and more thrust. Designers are asking the question, “How do I accelerate and move (more thrust) this mass (less weight) to make the wings go through the air fast enough to generate the lift required to raise the craft?”

This P.A.V. design answers a different question: “How do I accelerate and move the air fast enough across a large enough winglet to generate the lift required for flight?” Pushing air requires orders of magnitude less power than pushing a craft, and you’ll see in the first view that the large inlets are not a turbo. They aren’t designed to push the craft. They force the air through ductwork as shown, and deliver laminar throttled flow to each of the lifting winglets.

These winglets are a high-lift high-drag design. Since the speed of the aircraft is not tied to lift, the drag becomes less important. The variable pitch props for thrust are on a power-takeoff from the air accelerators, and they are solely engaged for forward motion.

The benefits to this approach are endless: less power, less complexity, less cost, ease of use, and no ‘last-mile’ problem.