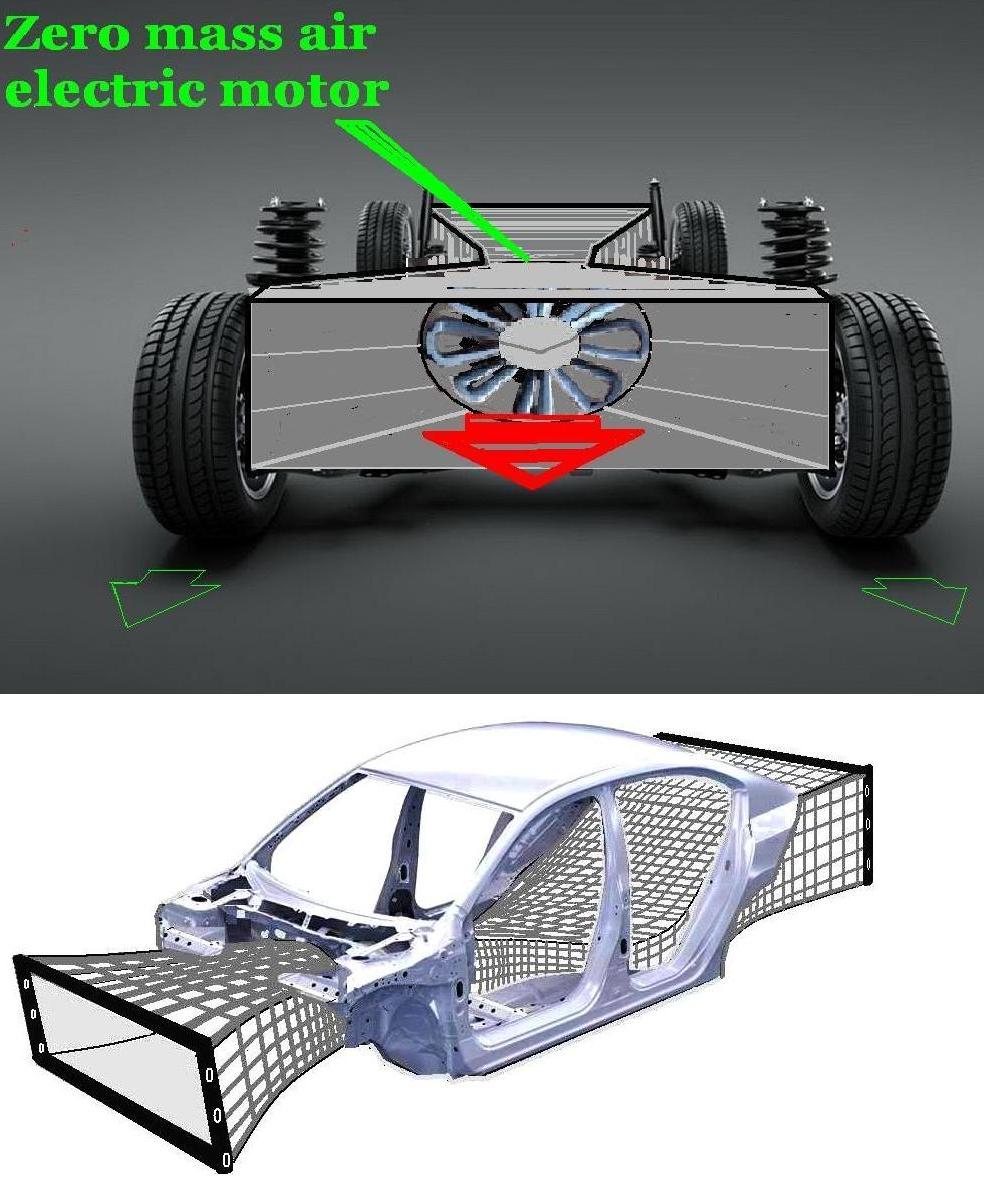 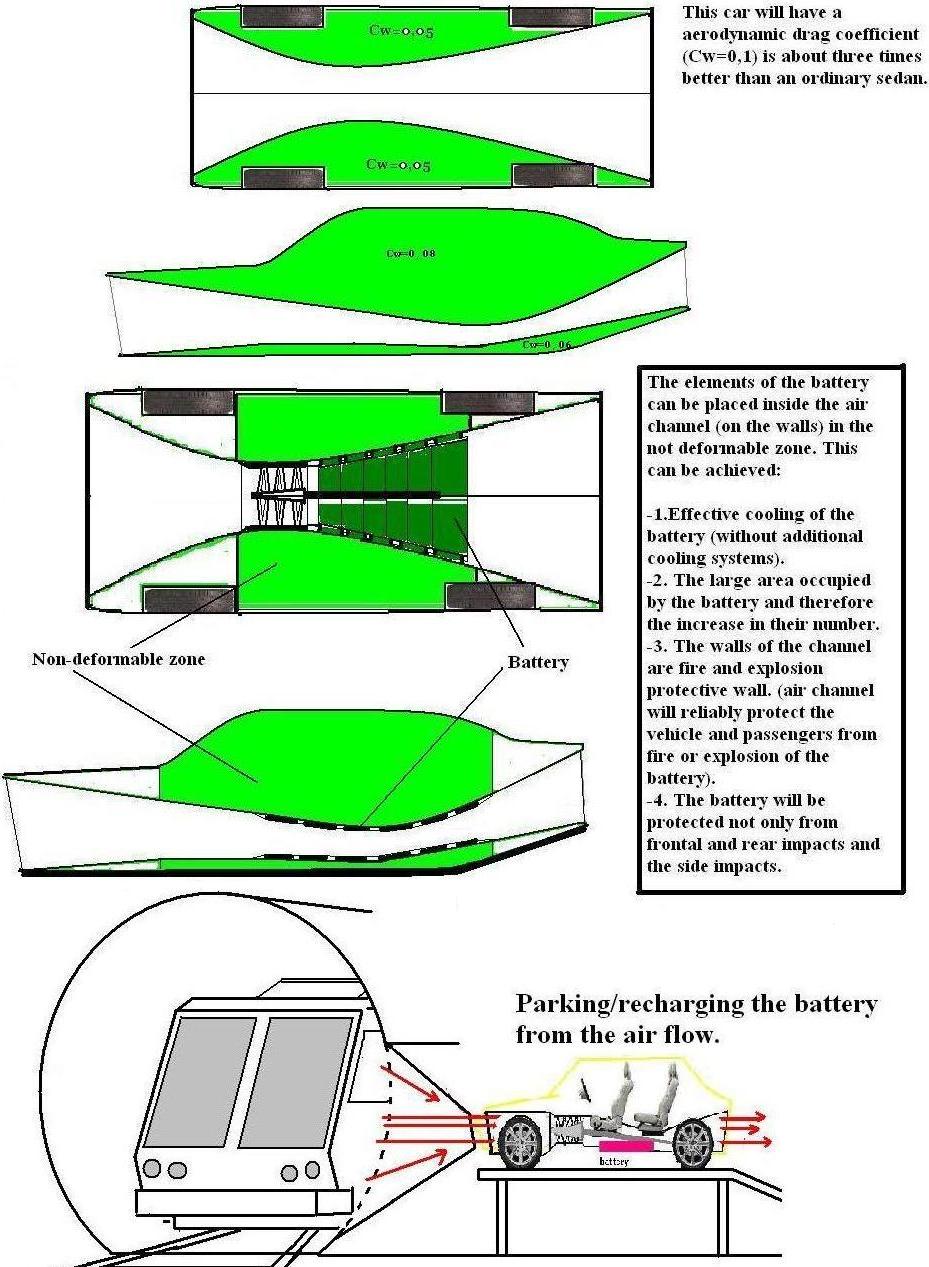 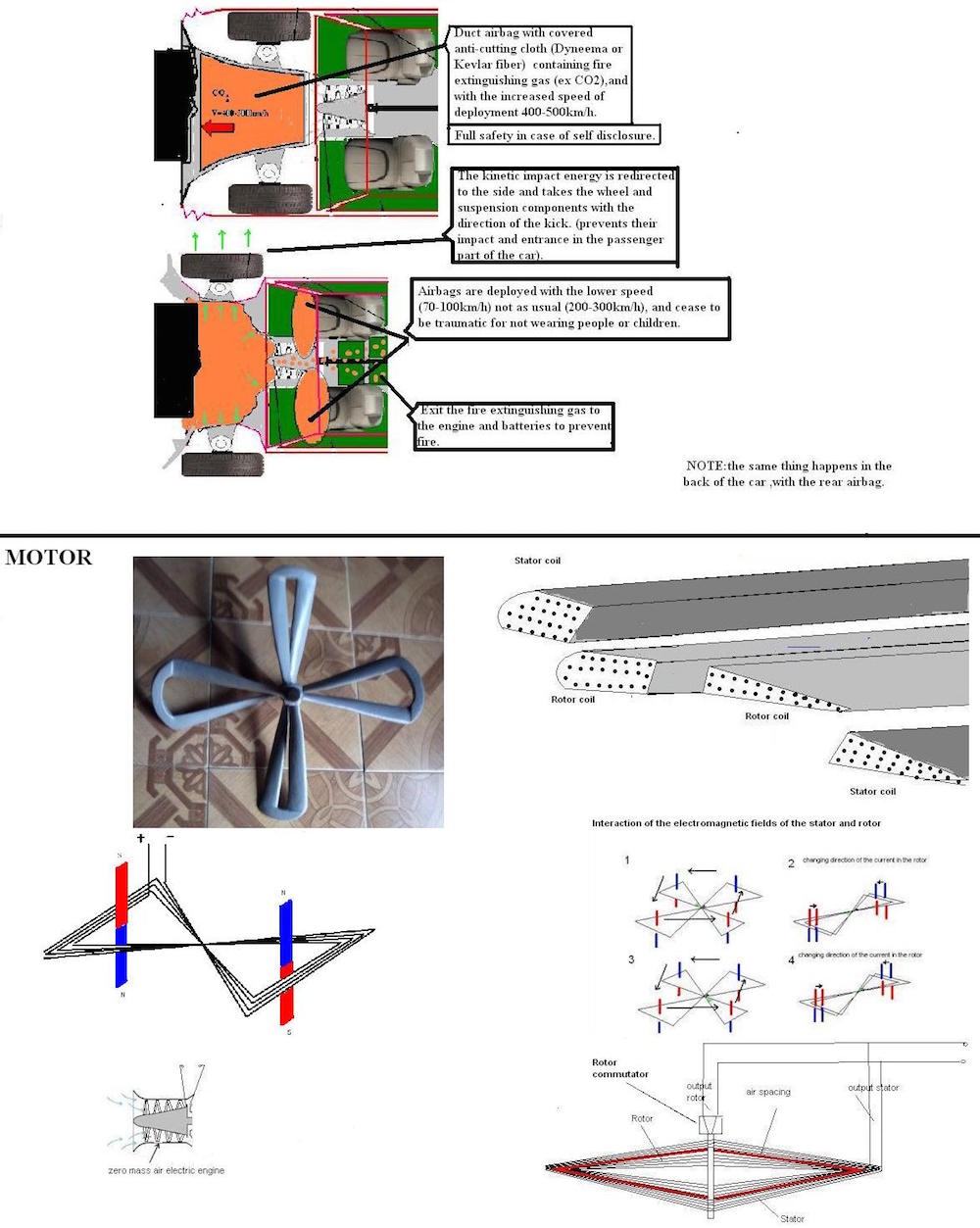 My suggestion is based on my universal AC-DC electric motor. Using this engine on the electric vehicles, we can reduce weight and improve car aerodynamics. Connecting the engine to the wheels-you can get two traction (wheel and aero). Also using this engine on the electric car can significantly improve its aerodynamics and passenger safety.
New electric AC-DC motor (ZERO MASS AIR ELECTRIC ENGINE)

Engine particularities:
-Electric winding of the engine has a double role,
1.is carrying element of the propeller ( blades of propeller),
2.is element for generation revolving electro-magnetic field and rotation the propeller.

The advantages:
-Absence the mass of the engine on the machine.
-Technological simplicity, reduction numbers of the materials and technolodical stages of the fabrication.
-Absence to necessities in sistem of the cooling engines.
Engine possible to use everywhere where is used propeller: (fans,pumps,turbines,multicopters,planes,helicopters,VTOL,naves,submarines,cars ,other).

Today is used propellers brought into operation electric engines. Groups propeller-eleectroengine occupy greater mass of the machines. Invention allows disposes the masses of the electric engine on machine and greatly reduce her weght.

Using this engine and design can reduce the electric car's weight from 50 to 200 kg .

This is achieved by :
-Lighter motor ( motor weighs as simple aluminum propeller or ducted fan).
-No need for the engine cooling system. (In the engine warms up the blades-winding . Cooling is done by air flow from the same blades ).
-No need for the battery cooling system. (Placing batteries in the flow of air from the engine).
-More light transmission ( aerodynamic thrust of the engine makes it possible to transmit to the wheels smaller power) .
-The engine is a bearing element of the car body.
Using this engine in the car it is possible to obtain a number of
ADDITIONAL ADVANTAGES :

--air duct of the car and air bags located in it ,will greatly improve the safety of passengers, even in collisions at maximum speeds.
--significantly improve the car's aerodynamics Cw=0,1(two times better than that of a conventional car).
--the possibility of charging the batteries from the air flow.