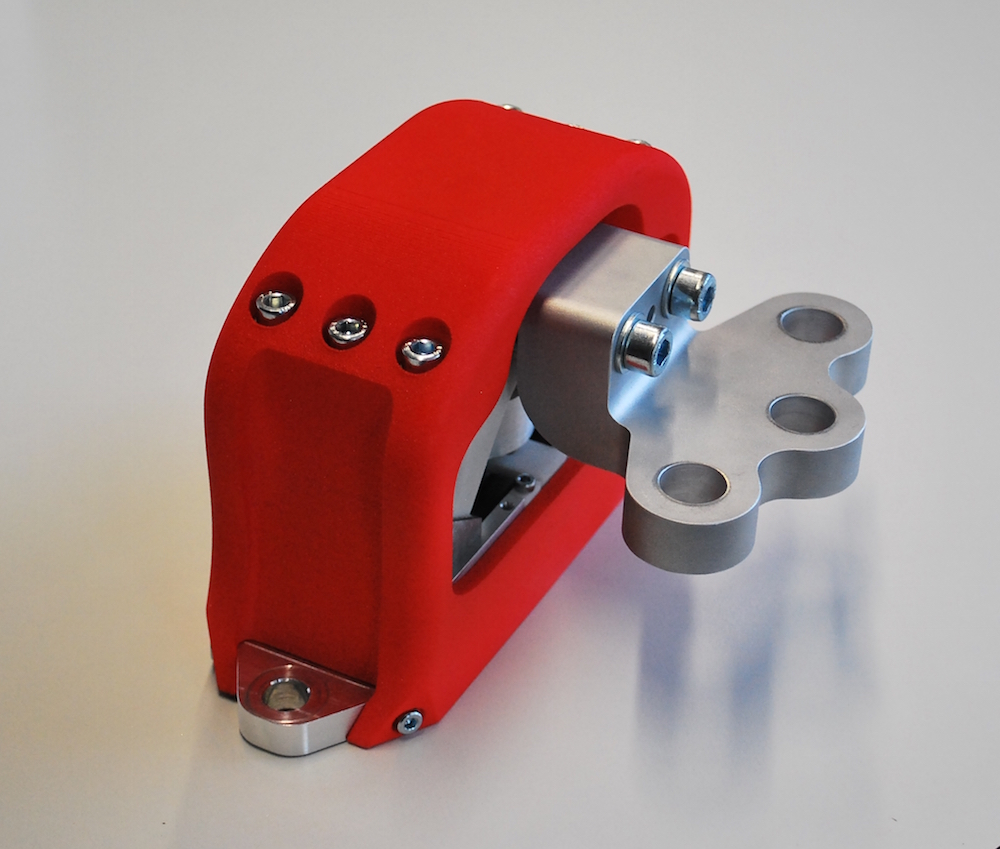 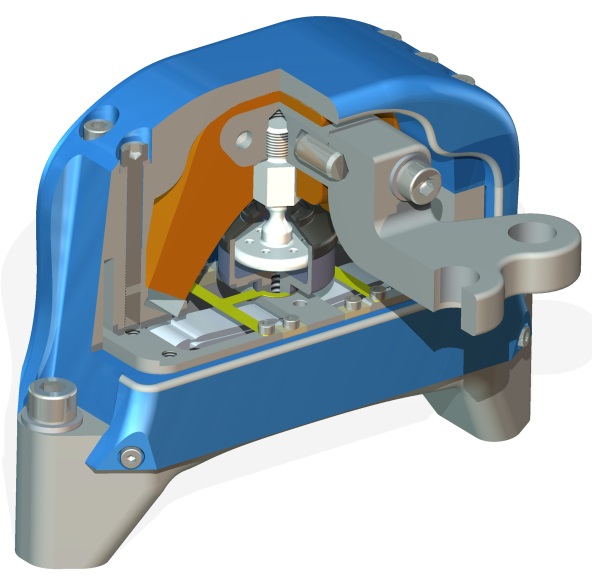 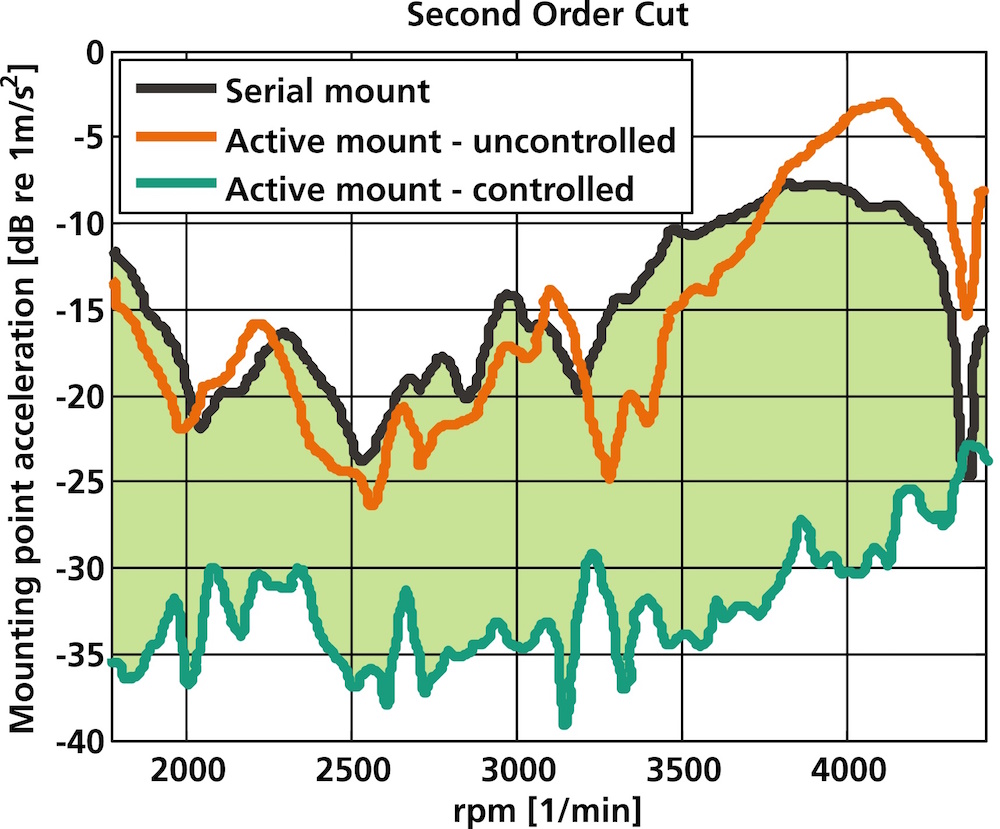 In vehicles, engines cause vibrations that are transferred from the mounts and the adjacent structures to the interior where they typically result in unwanted sound emissions. Current developments in the automotive industry such as three-cylinder engines and the use of cylinder deactivation are leading to an increase in vibration levels that passive systems can no longer compensate for.

The implementation of active systems is a promising approach to improve vibration comfort and the acoustic impression. Not only can active methods counteract vibrations, they also offer the possibility to provide the vehicle with a desired acoustic profile by dampening or emphasizing specific frequencies.

Furthermore active systems performance exceeds passive solutions and they offer the possibility to adjust the vibro-acoustic behavior to customer needs.

Besides voice coil actuators which are comparatively heavy due to the copper windings and the additional magnet, also piezo actuators show great potential for active vibration control. They are able to generate high forces within very little space. In case of active mounts the actuators are placed at the interface between the engine and the car body, such that no additional mass is required.

In vehicles the loads acting on the mounts can be divided into dynamic and static or quasi-static components. The quasi-static components consist of the engine’s-mass as well as the driving torque. These loads may exceed the dynamic loads, which are most significant in terms of driving comfort and primarily result from the combustion process, by orders of magnitude. However, the static loads do not have any effect on the vibration of the car body.

During real driving tests, significant reductions of the car body vibrations and sound emissions in the passengers’ cabin of up to 20dB could be achieved. The novel technology is applied for a patent and awarded with the “Industriepreis 2015 - best of”.

The developed active solution is particularly interesting for the automotive industry. OEMs show great interest in active systems and some of them are already using them for active noise control (Audi, Crysler, Honda). If considered in the early development stage of a car, active systems can replace several passive systems such as balance shafts or insulation materials and thereby save weight and fuel.