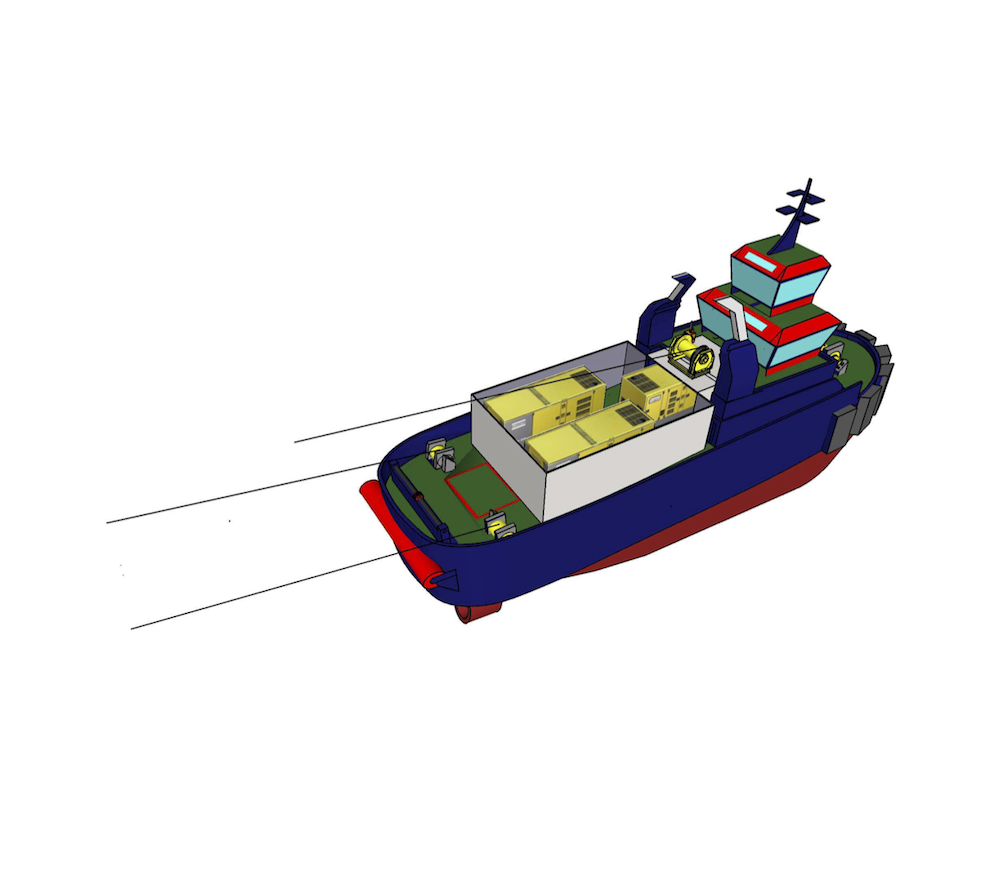 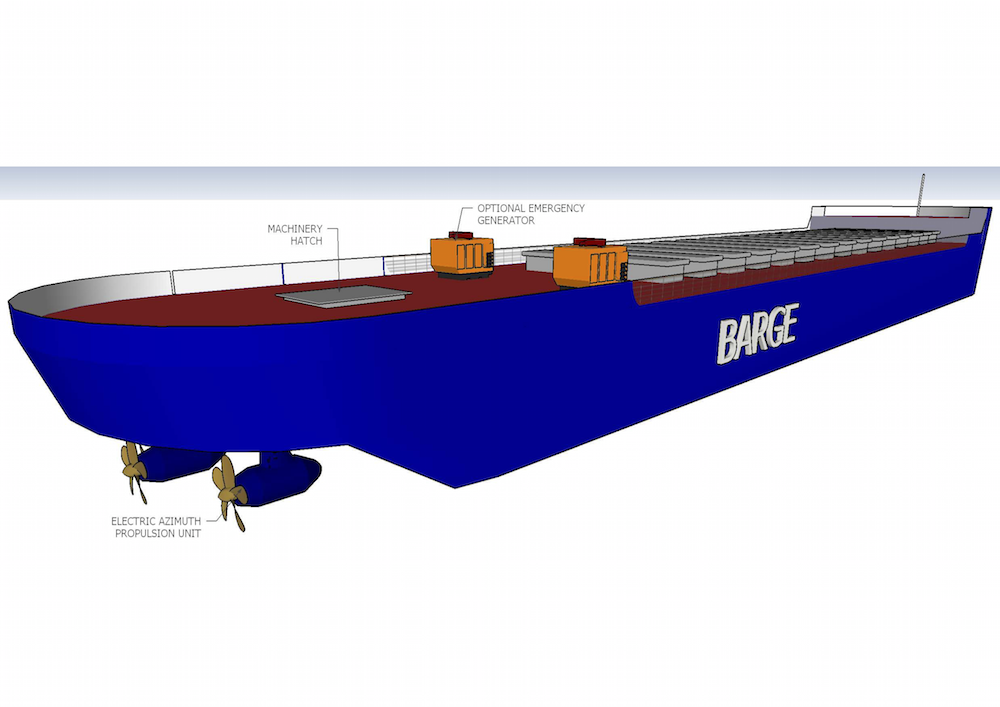 Multi-function PowerhouseTug & Barge (PTB) system is a novel design that utilizes electric propulsion in the barge and a tugboat with a set of generators as a power pack. The control will be onboard the PowerhouseTug.

Simplest connection between the PowerhouseTug and barge may be achieved through a suitable fender at the stern of the tug, tow cable and two guy wires from auto-tensioning winches.

No line of sight issue
Flexible operation:
in PTB configuration or
quick switching to towing/pushing/berthing mode
Tug and barge as independent units
Remote operation of barge from tug or shore

Cost of Propulsion and related systems: