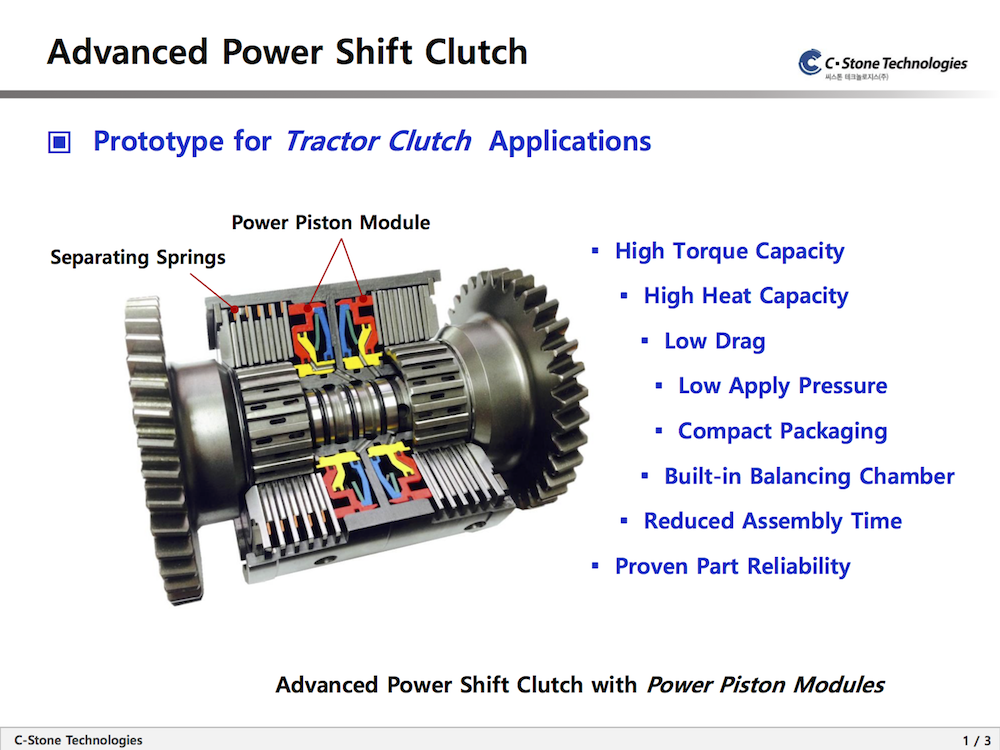 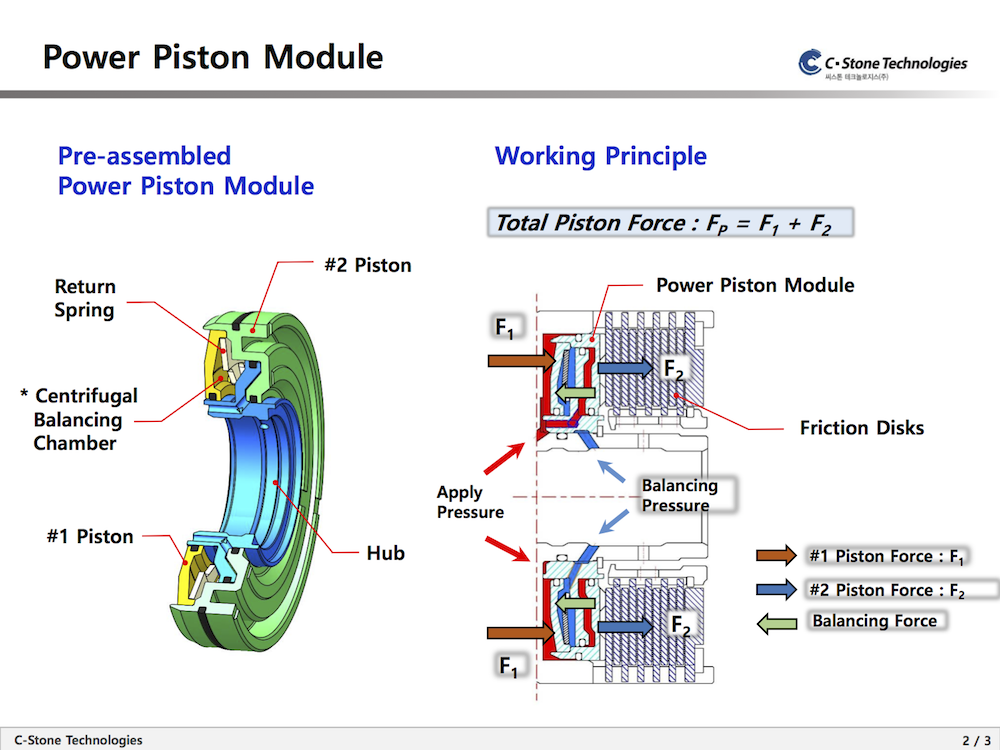 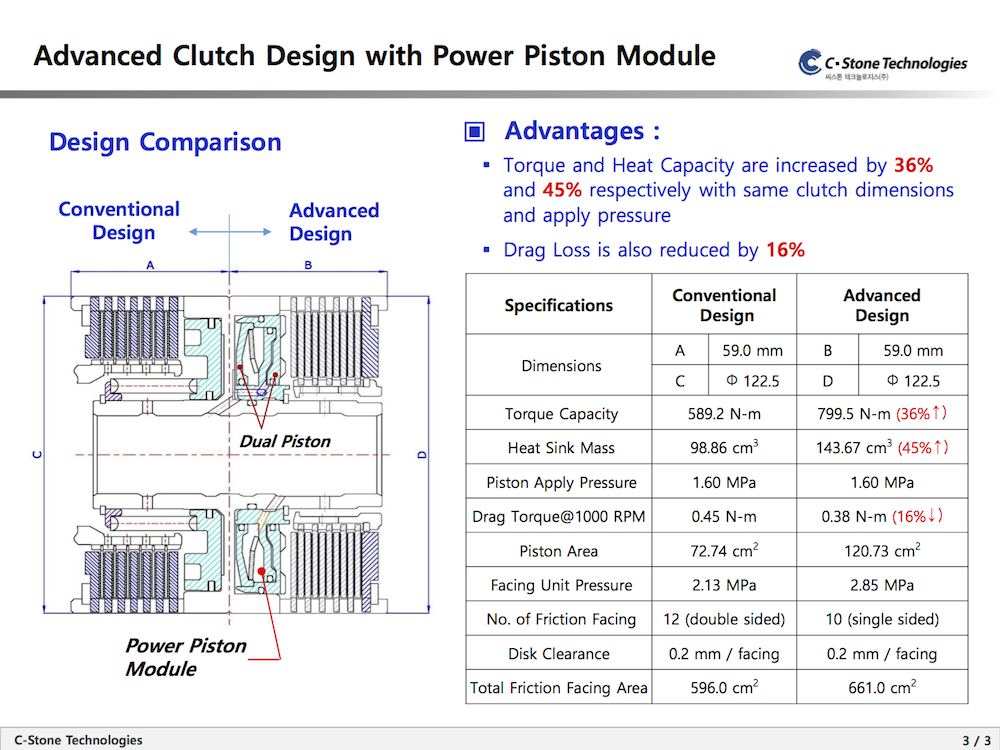 The clutch is one of the most important components used for gear shift and forward-reverse direction change in a transmission system. Conventional clutches in automatic transmissions for passenger cars, commercial vehicles, tractors, construction vehicles, etc. are multi-disk wet clutches composed of hydraulically operated piston and friction disk pack.

Basic function of the clutch is to transmit torque from the engine to shifting gears, but it must have enough capacity to absorb heat developed during clutch slip for engagement. In most cases, cooling oil is supplied to disk pack to take heat away from the disk pack and lower the temperature of friction facings. Not enough supply of cooling oil may cause facing failure and/or quick wear of friction material.

On the other hand, drag torque caused by cooling oil when the clutch is not engaged is one of the issues to solve to improve transmission efficiency.

A Power Piston Module consists of two (2) pistons (dual pistons), a return spring, centrifugal balancing chamber(s) and all of these components are pre-assembled as a module. Due to increased piston area by two pistons, piston pressing force to disk pack is increased with same apply oil pressure. The unit pressure acting over the friction facings increases accordingly, however, we found that in many design cases its values are still in the acceptable ranges.

To demonstrate advantages of Power Piston Module, a conventional power shift clutch used for tractors has redesigned with Power Piston Module. With the same clutch diameter and length, the torque capacity and heat capacity is considerably increased. Also drag loss is reduced as below;

Prototypes of this new design clutch have been built for a customer and tested for piston load and 2,000 durability cycle.

Since all the Power Piston Module components are pre-assembled by supplier, including return spring which is typically assembled in transmission line, it will shorten the cycle time of transmission production.