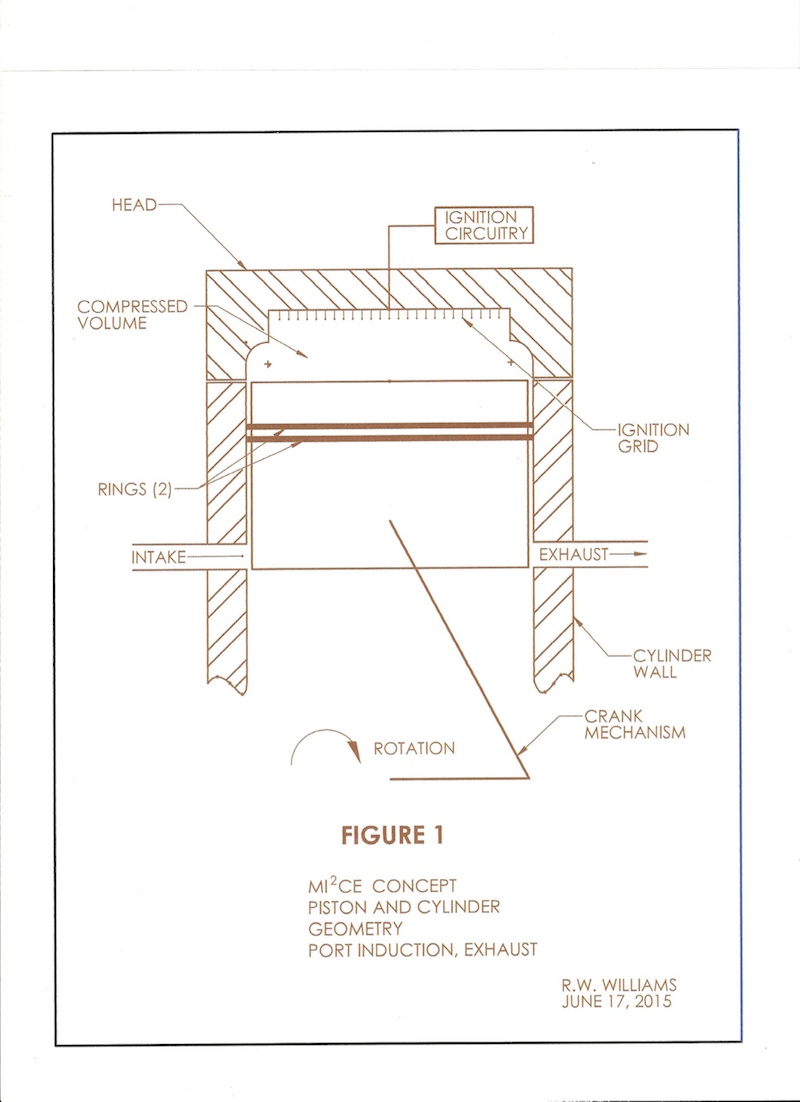 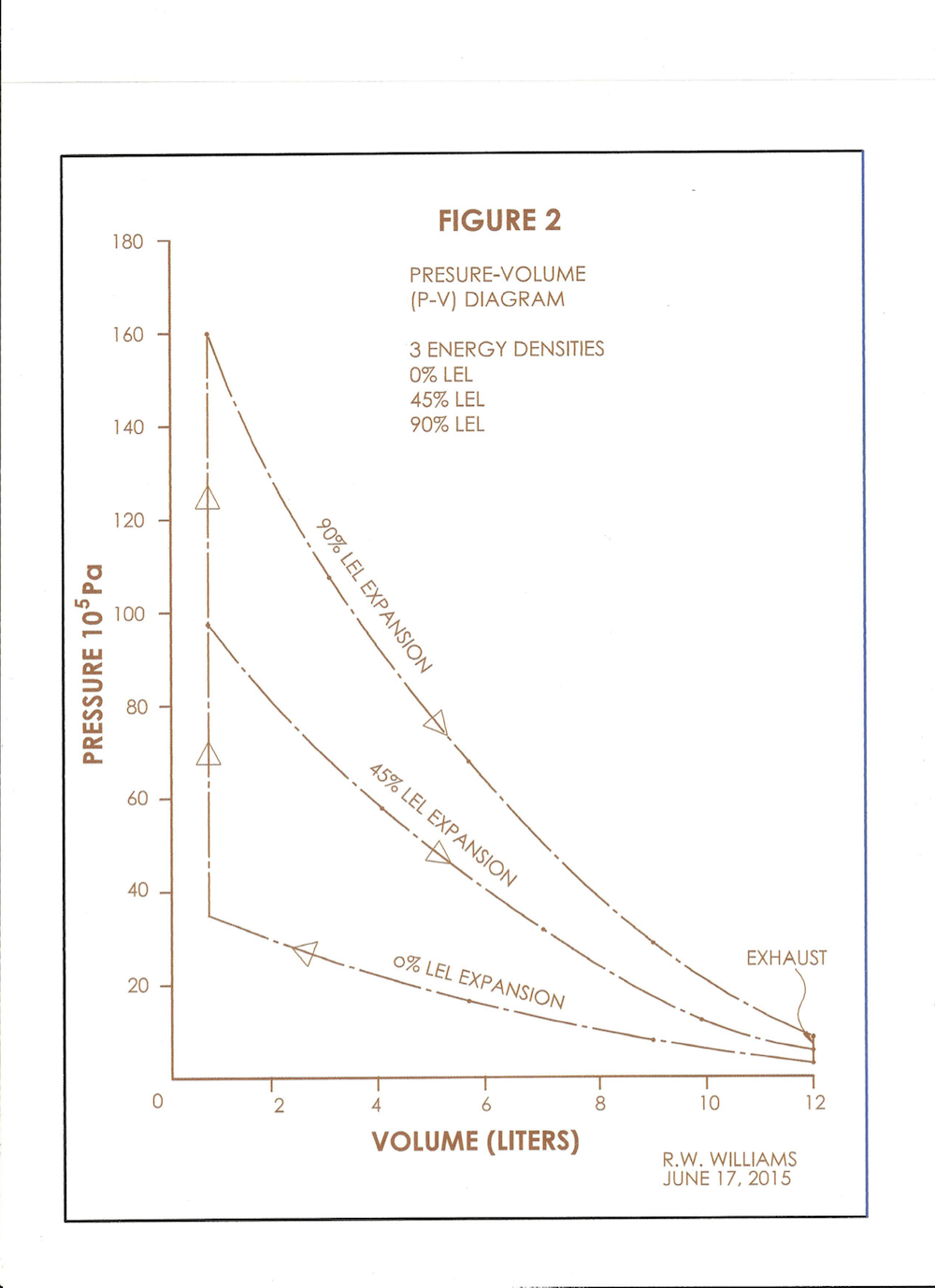 This entry is for the Mass Ignition Internal Combustion Engine (MIICE). Most similar in operation to the spark ignition, Otto Cycle engine, the MIICE concept is uniquely characterized by a fuel / air ratio sub-LEL (Lower Explosive Limit) at all times and by ignition throughout a volume. These characteristics lead to increased thermal efficiency at full load, constant efficiency at partial load, high resistance to problems caused by fuel properties, and increased fuel flexibility. Exhaust treatment needs are also expected to be reduced.

To understand the mass ignition concept, first consider the standard spark ignition, Otto Cycle engine. Patented in 1887 by Nicolaus August Otto (U. S. Patent 365,701), an Otto Cycle engine inducts a flammable mixture of fuel and air into the engine, compresses this mixture, and at the proper time, ignites the mixture with a spark. The spark initiates a propagating flame which rapidly consumes all the fuel / air mixture present. The resulting volume of hot, high pressure gas is then expanded, thus performing useful work. At the end of the expansion the waste gases are exhausted, a new fuel / air mixture inducted, and the cycle repeats. Engine power is controlled by a throttle which restricts the quantity of fuel / air mixture entering the engine.

Mixture. Power proportional and sub-LEL at all times. No throttle is present.

Ignition. A volume effect in which sufficient energy is discharged throughout the compressed volume to react the low concentration of fuel present. Possible forms for this energy include optical (lasers), radiofrequency (microwave), or high voltage discharges (corona, brush, and similar). The last of these is considered the most feasible.

Benefits of the mass ignition engine are many. In brief:

Throttling. Real world operation of an Otto Cycle engine requires a throttle for control of engine power. While absolutely necessary, a throttle significantly reduces engine efficiency. The mass ignition engine controls power by concentration adjustment, does not require a throttle, and does not suffer throttling losses.

Thermal (cooling) losses. As the mixture will not pre-ignite on a “hot spot”, cooling needs can be reduced.

Fuel. Octane, as commonly understood, is no longer a relevant fuel specification. Almost any gas or liquid capable of vapor formation and reacting exothermally with air is a potential fuel candidate. Potential fuels would include the existing common fuels, special fuels with limited current distribution, waste gases, and the wide range of biofuels presently in research and development.

Commercial applications are expected to be many. Driven by impending regulations on carbon dioxide emission, cars, trucks, and electricity generation will likely be first.