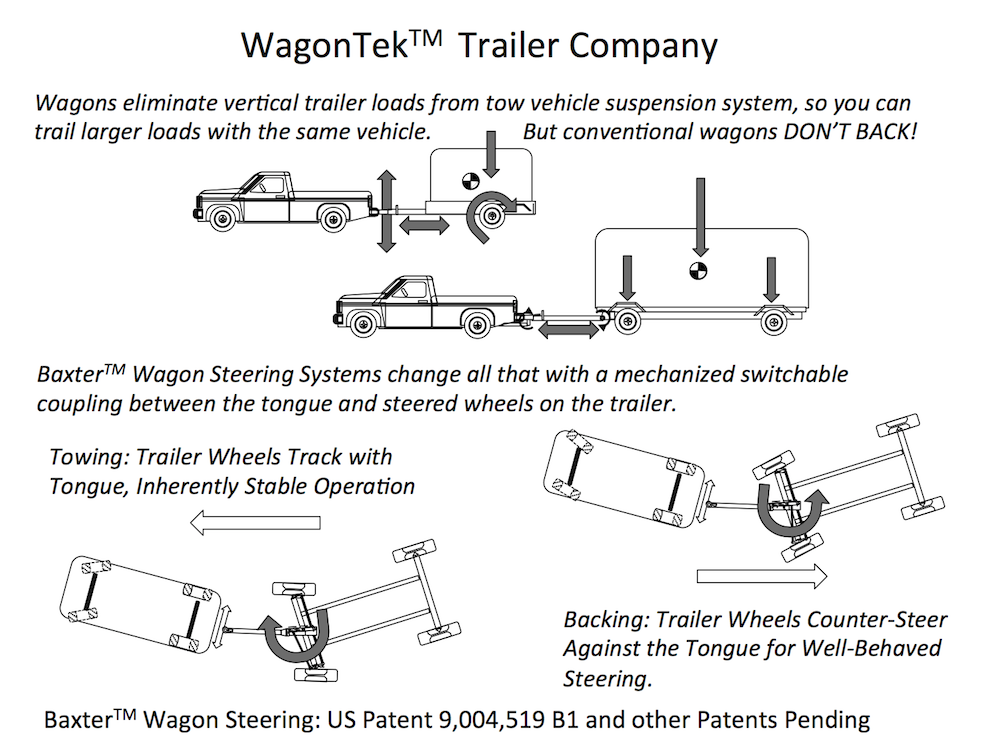 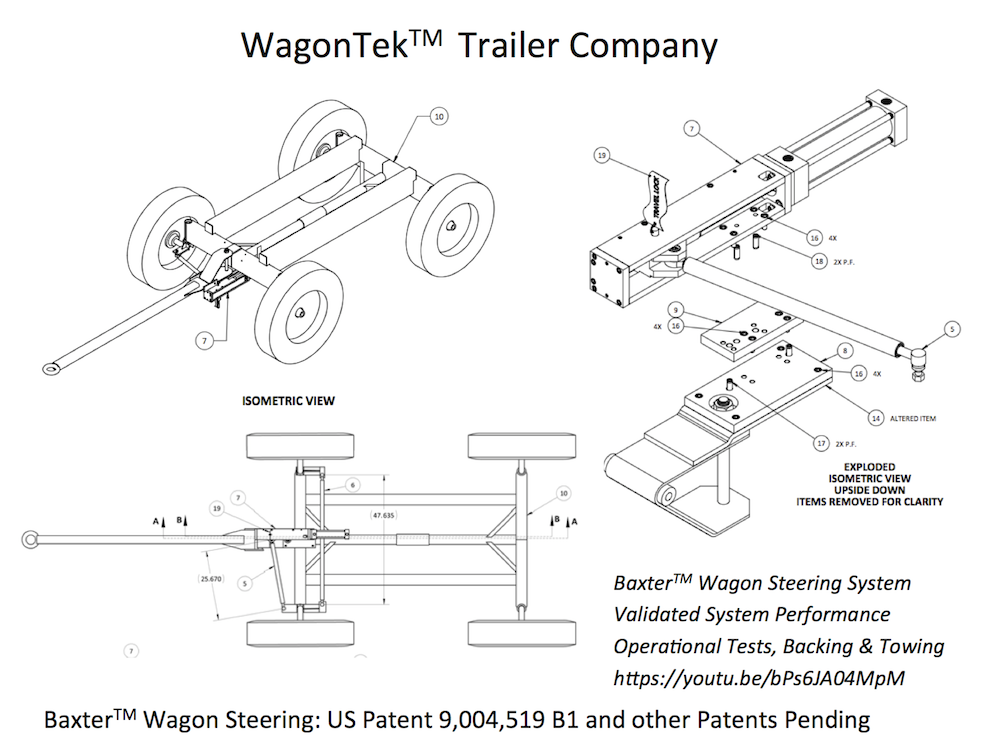 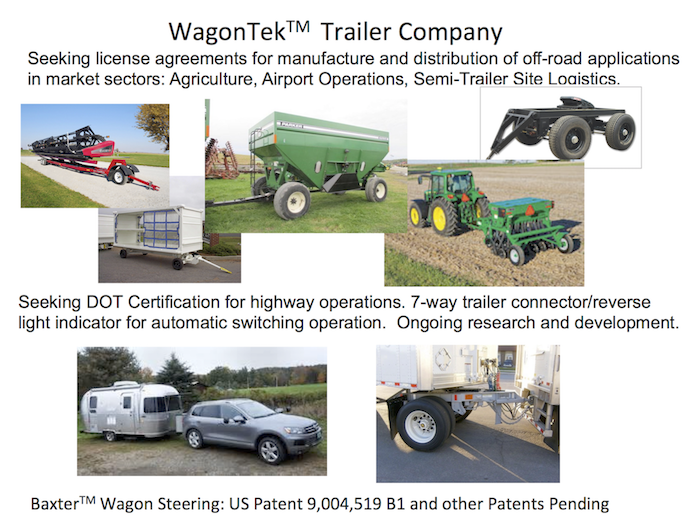 Wagons have been with us since the horse and buggy, but are largely relegated to wide-open spaces like farmlands and tarmacs because of their inability to back-up. An ordinary wagon employs a stable, four-wheel chassis steered at the front with a ‘double pivot’ connection to a tow vehicle. The double pivot eliminates the vertical trailer loads on the tow vehicle, but it adds a second degree of freedom in the steering plane. Steering on conventional wagons when towing is inherently stable, however, the extra degree of freedom when backing causes jackknife and is not easily controlled. The current invention inserts a switchable coupling on the tongue, at the head of the trailer, with a movable steering link attachment to the wheel, to achieve controllable, well-behaved backing.

The BaxterTM wagon steering system is a ruggedized switching mechanism used for moving between towing and backing positions via a carriage moving along a linear bearing between two discrete points, powered by a hydraulic cylinder (or other power system). A control rod attaches between the carriage and a steering arm on the master wheel. The second wheel follows the first through an Ackerman link attached between the two steered wheels on the rear side of the front axle. The wagon operates similar to conventional wagons when towing, where the wheels are steered in the same direction, same proportion as the tongue through an attached control arm. In the backing position, the control arm attachment is moved behind the vertical pivot attachment, somewhat closer to the pivot axis, to create an attenuated counter-steering effect, opposite of the tongue displacement. Special care is taken in arranging the geometry of the vertical pivot, linear bearing and control arms on the mechanized steering ‘head’. A back-up camera is not necessary but helpful (see video, https://youtu.be/bPs6JA04MpM).

In addition to agriculture, another existing market segment is material transportation with semi-trailers. A short bed wagon outfitted with BaxterTM steering system, compressor, fifth-wheel receiver and other augmentations can emulate the rear of a semi-tractor. This enables smaller, nimbler tow vehicle capability in off-road, and worksite semi-trailer operations; such as moving trailers around a storage site.

Future work includes additional product and intellectual property development, and marketing BaxterTM wagon steering systems for off-road use. Certification for use on US highways with the department of transportation will be sought as confidence of safe operation is substantiated, with corresponding development activities.