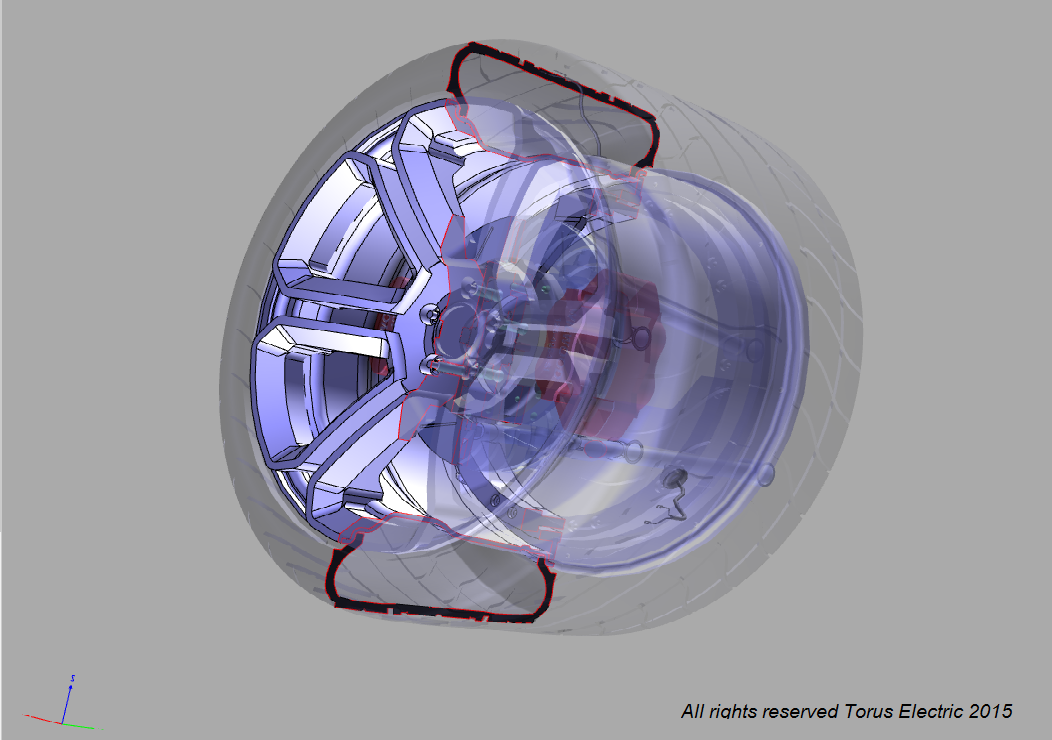 A variety of measures have been taken to minimize the power consumption of modern electric and hybrid vehicles in order to maximize their range between charges. From an aerodynamic design, to regenerative braking mechanics, manufacturers are creating new ways to harness and reuse the energy lost within a moving vehicle. One of the primary pitfalls of electric vehicles is their limited distance and travel time. Unfortunately many of the methods of power generation in a moving vehicle would add more weight and drag to the vehicle when implemented than the net energy output of such a system, making most of these ''energy saving'' endeavors unviable.

Thus, there is a need for an apparatus configured to harness and employ power captured via compression of the rubber tires and the heat created by the tires frictional contact. The harnessed power can be employed to recharge batteries or ultra capacitors and supplement the electrical system of the vehicle. The TorusPTZ1 kinematic energy and frictional heat to electricity harvesting apparatus is a combination of piezoelectric and nanogenerator power generating system that conveys electricity from power generated by the compression of the tires, road irregularities and the weight of the vehicle it self. Given that the wheel is spinning as power is generated, the electricity is conveyed via our proprietary design wireless coupler across the rotor assembly where it may be stored in the vehicle's ultracapacitor bank. The TorusPZT1 system does not affect the calibration or spin of the tires, and are balanced accordingly.

It should be understood that the TorusPTZ1 energy harvesting apparatus need not to be limited to use on motor vehicles, but may be employed on any wheel. For example different configurations of the TorusPTZ1 system can be integrated into the wheels of electrical industrial equipment, including but not limited to, forklifts, pullers, towers, mining equipment, draglines, earth movers and other heavy equipment or can be adapted for IC engine vehicles to charge onboard batteries, and/or power accessory electrical systems.

The TorusPTZ1 is estimated to produce 5kw of electricity on a 4 wheeled vehicle traveling at a speed of 60mph. This is a significant amount of usable power that could easily extend the range of an electric vehicle by 30% or more. Our technology can be easily integrated to any wheel, is cost effective, reliable, will significantly extend the range of any hybrid/plug in vehicle, reduce the dependency in foreign energy sources, help clean the atmosphere and fight pollution. Our technology will be available for commercial production and for licensing to OEM manufacturers.