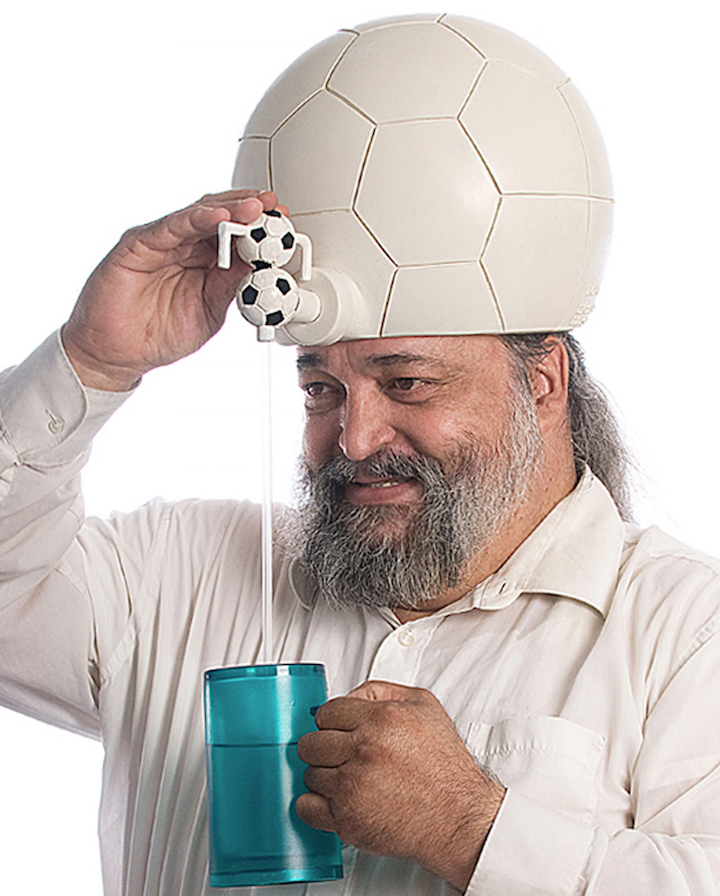 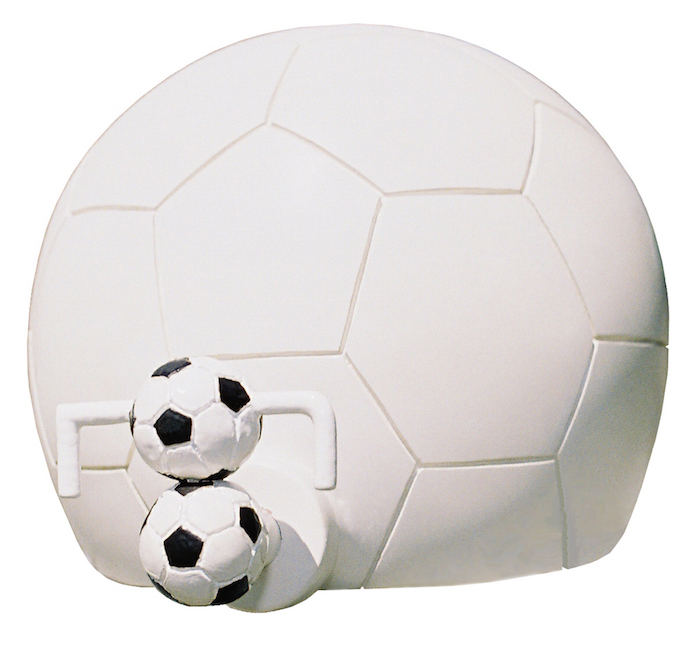 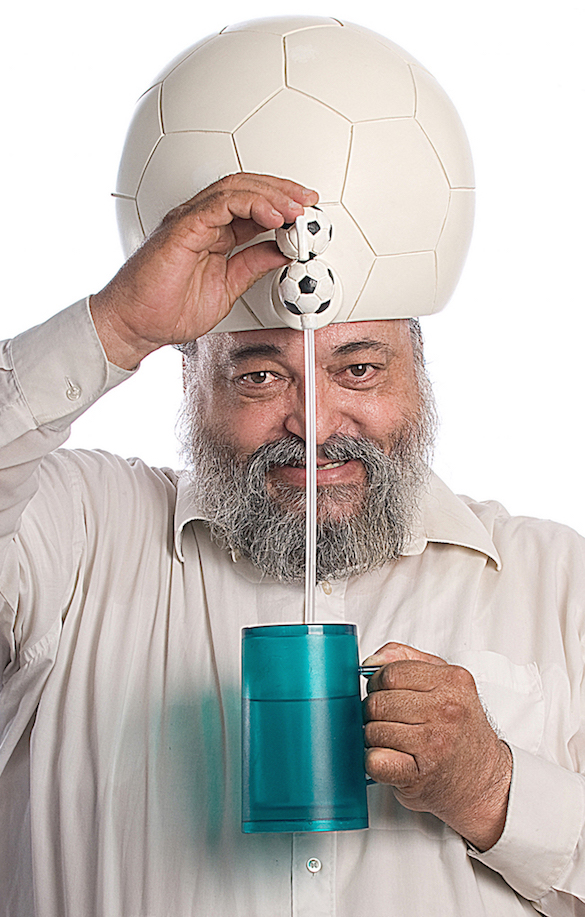 The RoFo FÚTBOL BevDisHeadgear beverage dispenser uses a ratchet suspension system for the best support on an individual’s head. The four point ratchet suspension system, the lining, or also known as a the harness design keeps it balanced, stationary and comfortable while worn on the head that provides a secure seal without fear of it becoming unbalanced or falling off the user’s head. The design helps keep any separate liquid Hot, Cold, and Carbonated while inside the headgear, without affecting the wearer’s head. The lining incorporates a headband and straps that suspend the RoFo FÚTBOL Container from 1 to 1 1/4 inches (2.54 cm to 3.18 cm) away from the user's head. This design provides ventilation during wear.

The RoFo FÚTBOL BevDisHeadgear beverage dispenser is a Nonalcohol Beverage Dispenser. This statement protects me against frivolous lawsuits pertaining to the unwarranted use of alcohol associated with the product - including freedom from responsibility for its misuse.