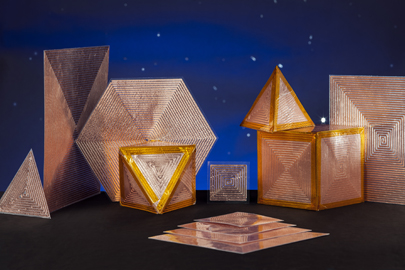 SansEC is a NASA-developed wireless sensor technology that is damage tolerant and requires no electrical connections. Unlike other sensors, a SansEC sensor can be designed for measurements unrelated to each other — like temperature and fluid level — and easily switch from one to another or do both simultaneously. The sensor is able to make measurements from a distance such that a 100 milliwatt signal at 30 feet distance still generates an excellent sensor response with signal/noise greater than 30 db.

The SansEC open-circuit sensor has no conventional electrical connections making it highly resilient to damage. It operates as a single component and not only weighs less than its closed-circuit counterparts but can be manufactured at a lower cost. It uses fewer materials, requires less time and labor, produces less waste, and has a wide range of commercial applications.

NASA scientists originally developed SansEC as a method of having thermal insulation serve as a damage detection system for inflatable space structures. R&D Magazine selected SansEC as one of the 100 most innovative ideas in 2008.