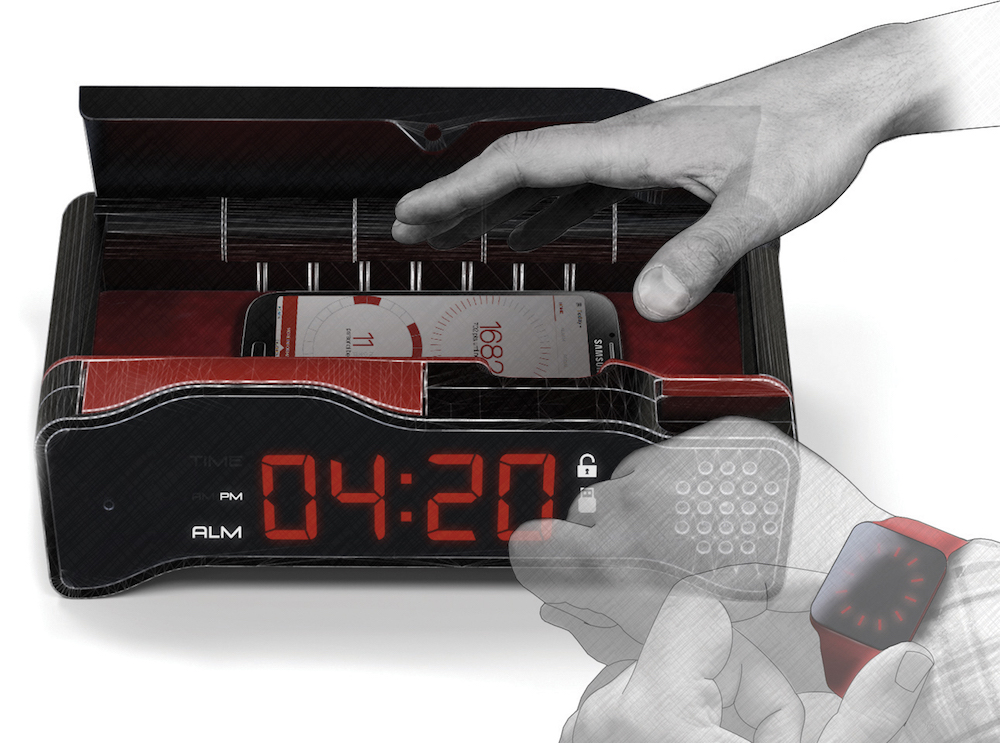 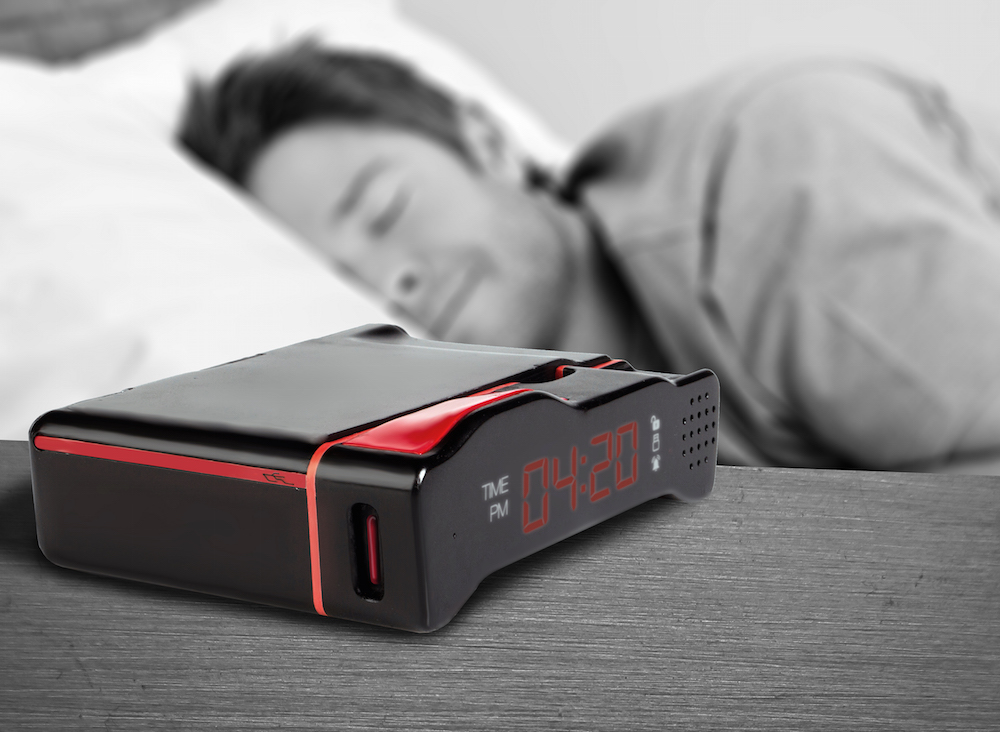 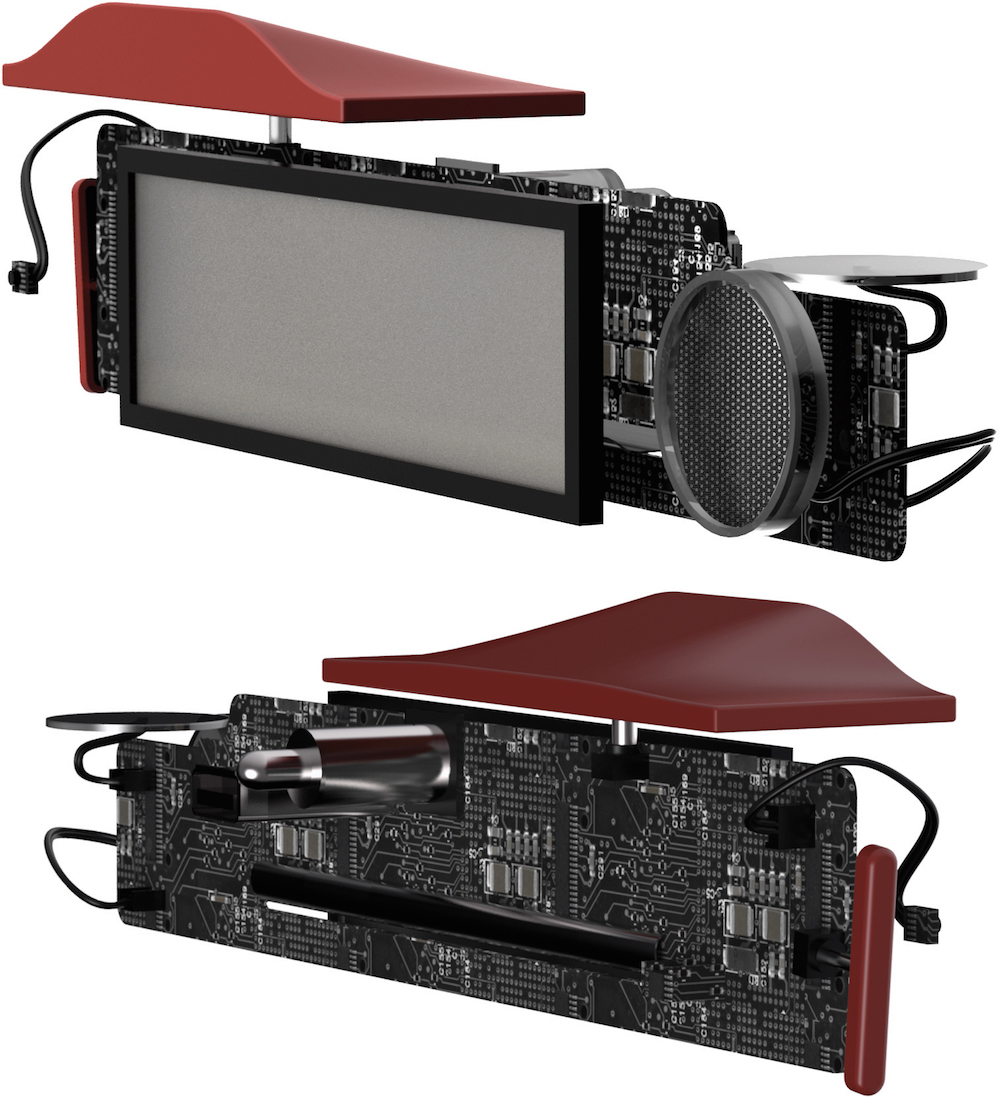 PROBLEM
People problematically procrastinate too much on their phones which can be disruptive to their lives. Being slaves to these devices creates Stockholm syndrome. Who is really in control?

CONTEXT
CASE STUDY 1
94% of all phone owners (between the ages of 18-35 aka Generation Y) use their phones as an alarm. Furthermore, 89% of this selection use their phone immediately after they wake up, meaning they stay in bed and waste approximately 20-35 minutes on average procrastinating on social networks etc rather than being productive.

CASE STUDY 2
Many phone owners (between the ages of 35 - 55 year olds aka Generation X) don’t have as much of a problem with Smartphone Addiction as they have lived prior to the introduction of many modern technologies used today. However, those that do, believe this ‘addiction’ is interfering with them staying healthy and use it in times of boredom. Exercise should be used as a productive substitute for this.

SOLUTION
CASE STUDY 1
In order to stop people using their phone unnecessarily before bed, it will be locked away in the phone cell and cannot be removed. To prevent people automatically depending on their phones in the morning, the user will place their phone into the Phone Cell which will electronically lock when the device is connected and closed. In the morning, in order for the user to be reunited with their phone, they must wear the Cell Key (with either; the wrist strap, magnetic clip, or a lone module) and take 20 steps (approximately). This gives the user time to carry out their morning routine (i.e. go downstairs, brush teeth, have a shower etc). Upon returning, 20 steps would be completed, allowing the user to wirelessly contact the Cell which will connect via NFC. If the user has completed their 20 steps, the Cell will detect this and unlock the phone.

CASE STUDY 2
A user can set the time in which they want ‘freedom’ away from their phone. They can set exercise targets for themselves which will unlock their phone as and when they complete these targets. i.e. A user sets their phone to ‘lock’ itself (via an app) at 5pm and to unlock itself upon burning 100 calories. They then place their phone into the docking station which automatically locks too (removing physical temptation). The user wears the Key and will go for a run. The Key will notify the user of when they have completed their target in which they can choose to return from their run. In the same way as aforementioned, the user wirelessly contacts the Cell which will connect via NFC. If the user has completed burnt 100 calories, the Cell will detect this and unlock the phone.