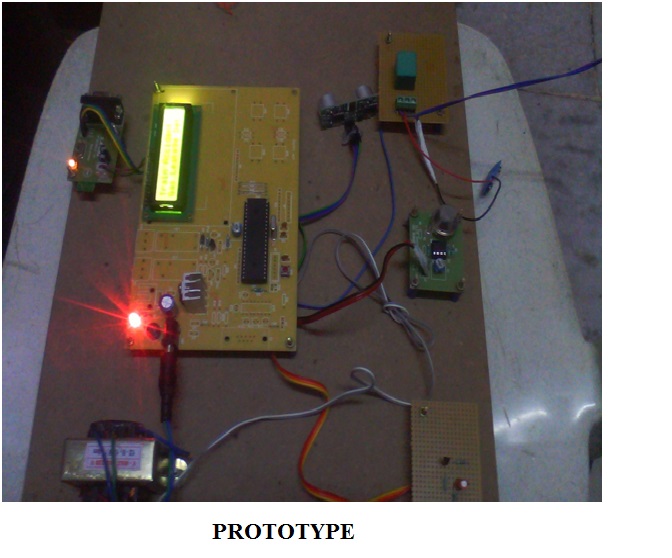 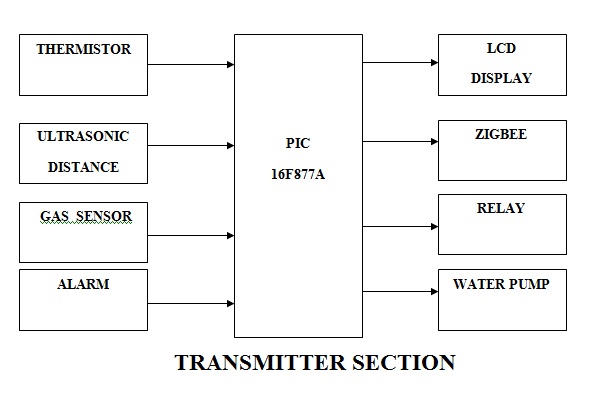 The project aims in designing a system which alerts the railway authorities when any fire accidents occurs in the train and this system also provides an immediate effect which controls fire using controlling system. At the railway station the system has a ZigBee module, a microcontroller unit, a PC with software and necessary driver and power supply units.

The progress in science and technology is a non-stop process. New things and new technology are being invented. As the technology grows day by day, we can imagine about the future in which thing we may occupy every place. The proposed system based on PIC microcontroller is found to be more compact, user friendly and less complex, which can readily be used in order to perform. This paper designed for prevent from accidents in the train like fire accident and gas leakage. As this proposed system has the capability of identifying trains in the same track at a distance of 3000 meters, it can be seen that even if the two trains travel at a speed of 140 Km/h that can be halted with a safe distance between them providing a tolerance for barking. Panic buttons may be provided in all compartments of the train which may be used by passengers in case of danger and alert the control station. In our project, we capture image when problem occurred in the compartment of a train, but we are not sent a image through wireless technology. In future when we implement latest technology for transferring a image through wireless, then we get a image of a crime instantly within a seconds when problem is occurred. In future we are implanting this concept means we can save the trains from accidents and save the people also. Like that we have already mentioned that to fix the sensor in all compartments of the trains to save the trains from accident free.