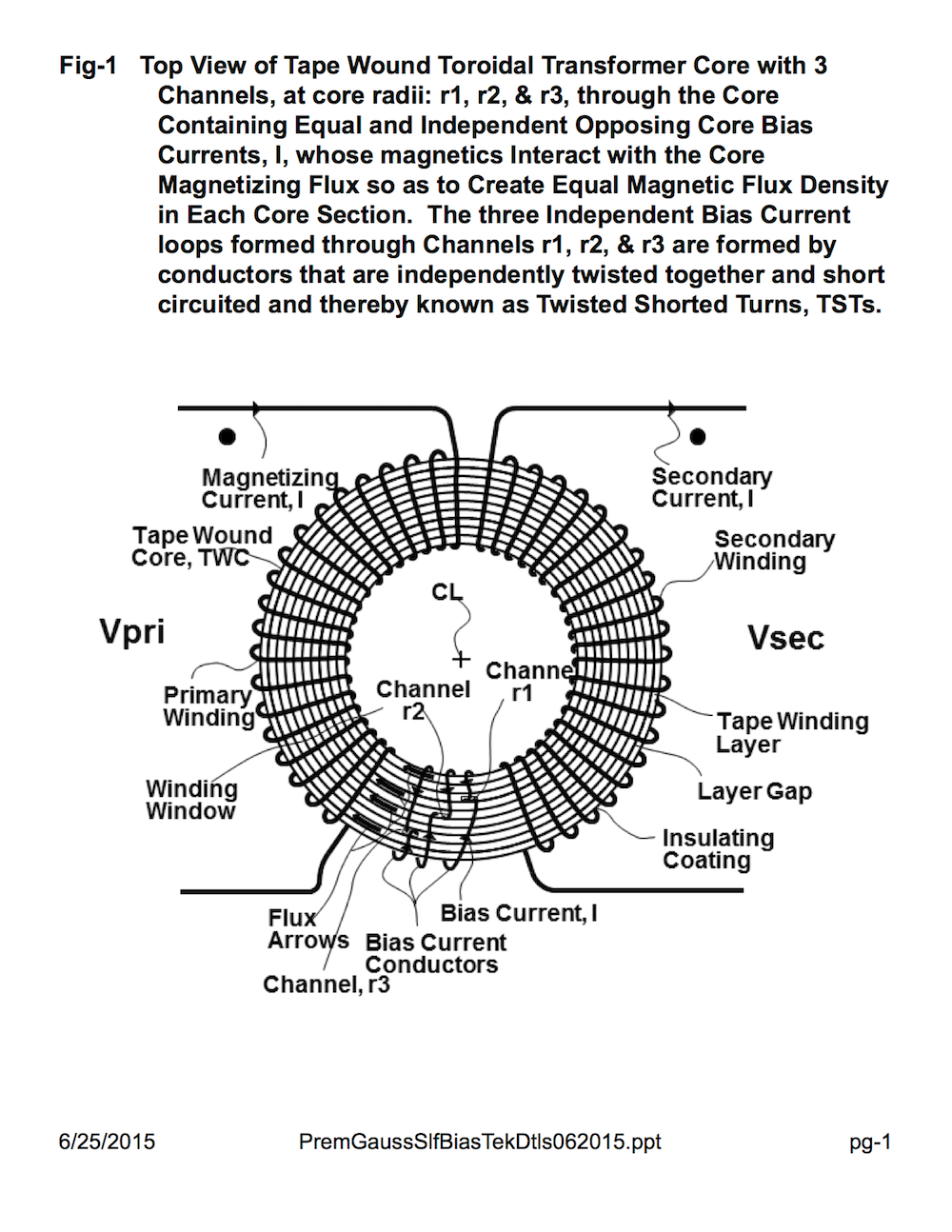 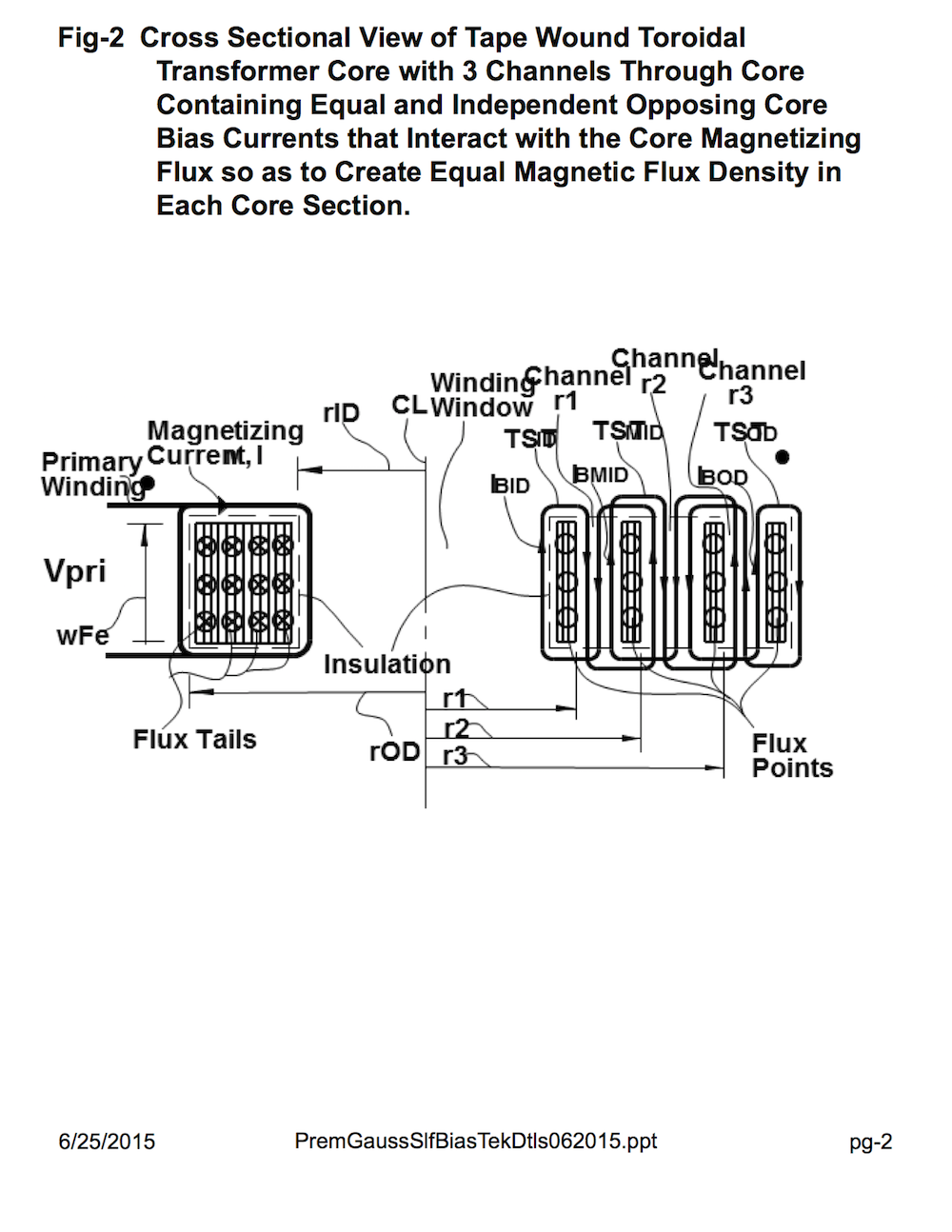 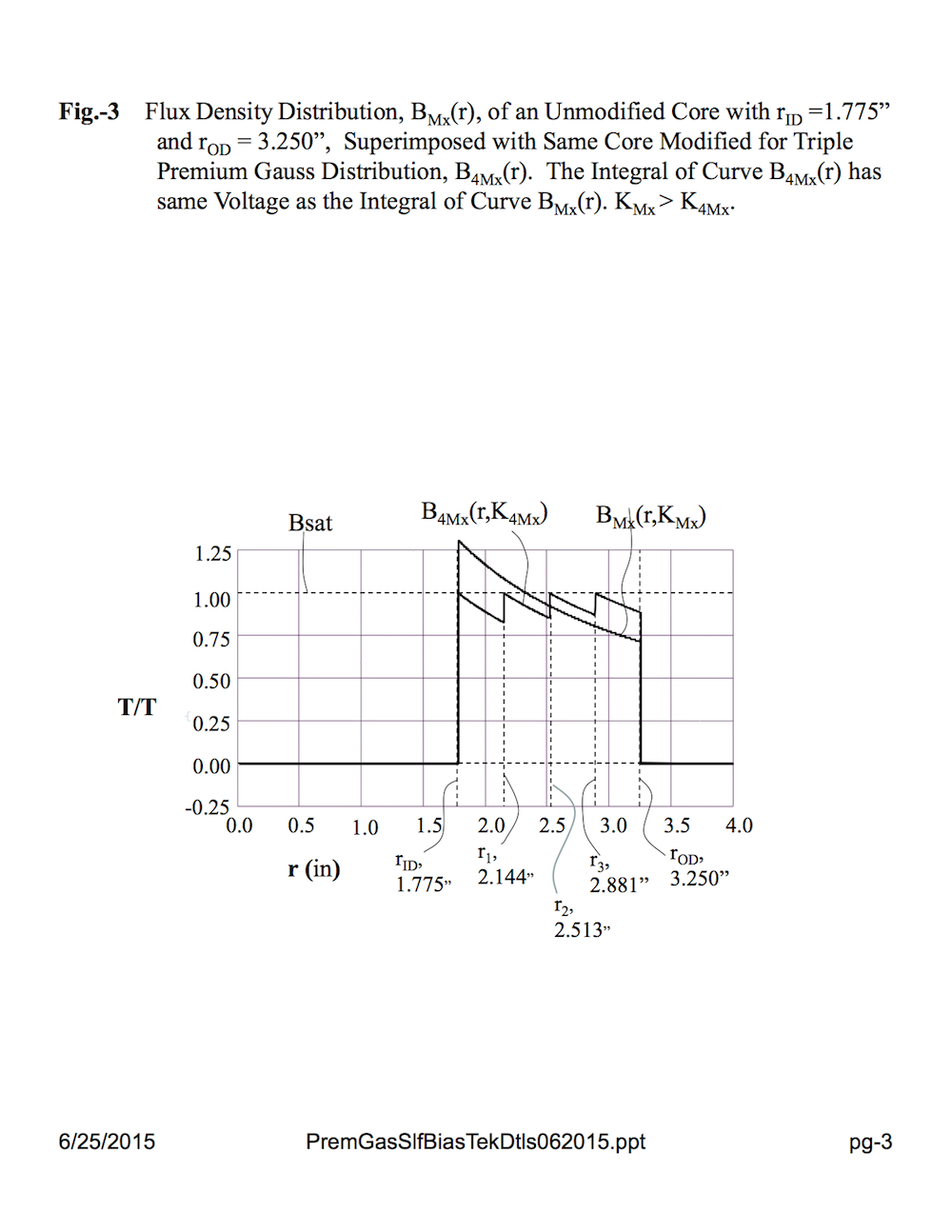 Heat,T, generated in an electro-magnetic (e-m) core reduces the life time of the core and the core’s operational capability by reducing the core’s magnetic permeability (mu(T)). Therefore, it is undesirable to have heat in the magnetic core.

Heat is generated directly in a magnetic core by magnetic core hysteresis and by core eddy currents. Hysteretic heating is reduced by lowering the magnetic operating level but a lower magnetic operating level requires a bigger costlier core for the same magnetic benefits. Eddy current heating is reduced by increasing the resistance of the eddy current loops by either using a higher resistance core material or opening gaps in the eddy current loops which requires another operation thereby increasing the cost of the core.

Core heating can be reduced by the following conventional techniques. Building cores of better quality core steel which raises magnetic component price. Redesign the magnetic core and winding so the core is operating at a lower than expected magnetic flux density, but the redesigned core requires more steel and gets bigger, heavier, and costlier, features that are undesirable.

A newly discovered technique for reducing core heating is: “Kool Kore – Hot Mu”, which adds a simple 4-turn insulated winding to the core that causes the radial flux density cross section, B(r), to distribute equally throughout, the core’s cross section. With equal flux density distribution throughout the core the overall core heating will reduce by 10% - hence the descriptive term “Kool Kore”. With the core temperature reduced 10%, the magnetic permeability of the core will increase which is desirable and is referred to operationally as “Hot Mu (mu(T)”.

“Kool Kore – Hot Mu”, (“KK-HM”), has been demonstrated with toroidal cores; the square E-I core should magnetically behave similar to the toroidals. “KK-HM” does not change inner diameter (ID), the outer diameter (OD), or the width (Wfe) of the toroidal core. The number of primary turns and secondary turns stays the same. Core weight stays the same. Only added is a 4-turn coil of .030” thick Cu by ½” wide. The 4-turn coil can be added either directly over the magnetic core or outside over the windings.

“KK-HM” is designed to use conventional e-m manufacturing for all the coil winding and the application of e-m core pieces. The only additional piece is the miniscule 4-turn core bias winding, which should require negligible hand labor. “KK-HM” should be a negligible cost addition and in fact should be a production cost decrement.

( The “Public Good” will best be served by imaginative/creative use of “KK-HM”.)