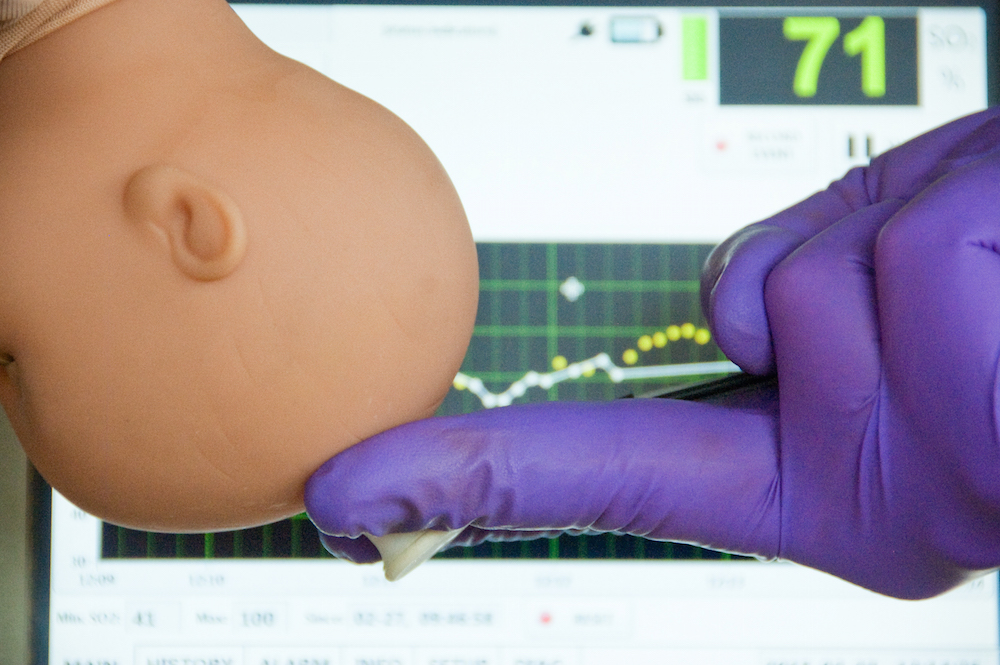 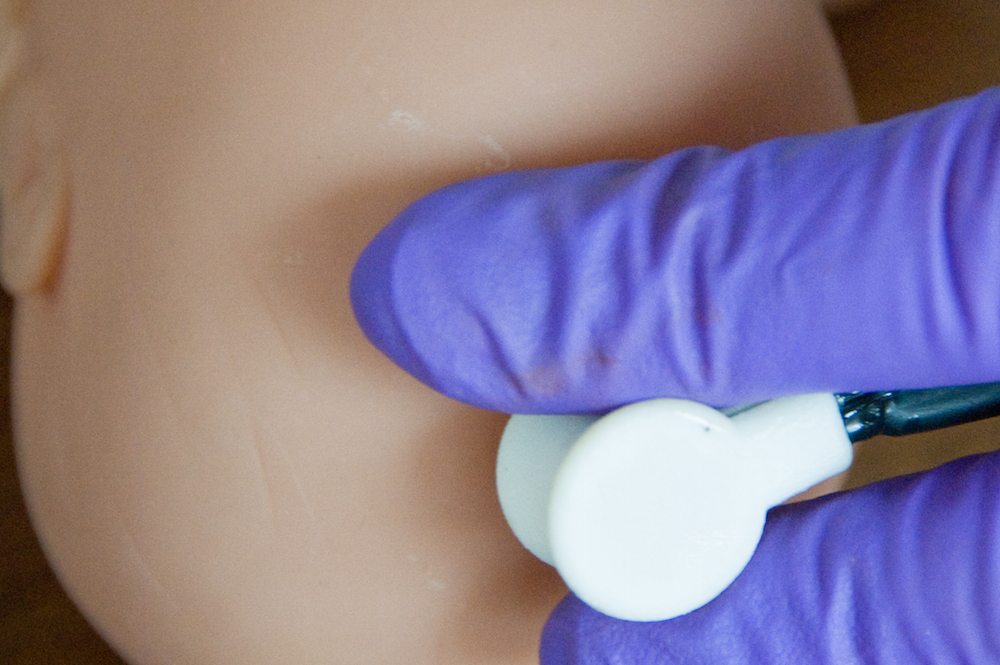 Brain hypoxia is one of the major causes of death and permanent disability in newborns, making the development of an accurate and precise fetal wellness monitoring system a top maternal-fetal health priority.

There are no commercially available monitors, other than fetal heart rate, that provide continuous information regarding fetal welfare during late-stage labor. Fetal heart rate monitors use changes in basal heart rate to indirectly assess fetal asphyxia, leading to misinterpreted monitor tracings. Using patented optoacoustic technology, Noninvasix, Inc. is developing a monitor of cerebral venous oxygenation in the superior sagittal sinus to accurately and rapidly detect the amount of oxygen a baby is receiving during labor and delivery.

A tiny probe, about the size of a stethoscope ear tip, is inserted transvaginally and placed atop the baby’s anterior fontanelle. Pulsing frequencies at 1,000 times per second of near-infrared light are sent into the brain’s superior sagittal sinus vein. Hemoglobin in the blood absorbs the light at different frequencies depending on whether or not it is carrying oxygen. Absorption causes rapid thermal expansion of the hemoglobin resulting in a measurable acoustic wave. The software analyzes the signal and returns an absolute measurement of oxygen saturation.

Due to a lack of reliable information from the fetal heart rate monitor and the cost of lifetime care for children with cerebral palsy, average malpractice claims in obstetrics are the highest of any medical practice. Settlements in cerebral palsy cases have reached as high as $212 million. In a 2012 survey of 9,000 active OB/GYNs by the American Congress of Obstetricians and Gynecologists, over 50% of obstetricians indicated that they had limited their practice because of the cost of malpractice premiums and fear of lawsuits.

Furthermore, many cesarean sections are performed defensively. The number of annual births in the United States exceeds 4,000,000, with nearly 34% of all births due to cesarean section, more than twice the WHO standard. For every five percent increase in U.S. C-section rates, we can expect 14 to 32 more maternal deaths and $750 million to $1.7 billion in health-care expenditures.