A Special House Structure For Defending Against Very Hot Weather 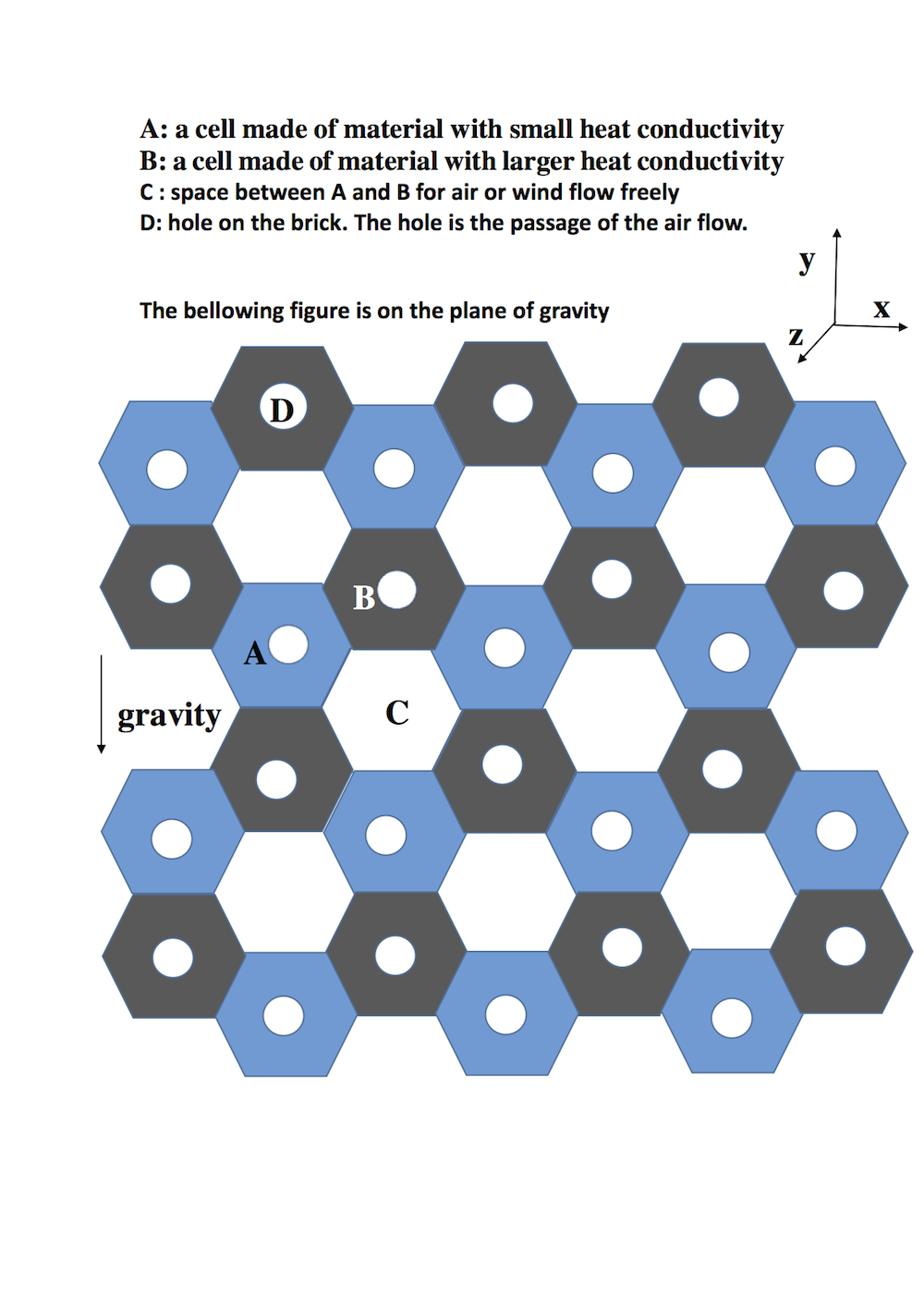 In the year 2015, the hot weather in India caused lots of people to die.

I designed a house with a special structure which can make it cooler in the house than outside. The house is made by a special structure which has special thermal property. The roof and the wall of the house is made of a honeycomb structure. However, on the basis of the honeycomb, we add some new structural design for making the air in the structure flow in an special way and the neighboring cell of the honecomb is made of different material with different thermal property. The flow in the structure could takes the heat in the structure outside and the heat would be concentrated in the interface between two cells of the honecomb. The details are shown in the Figure.