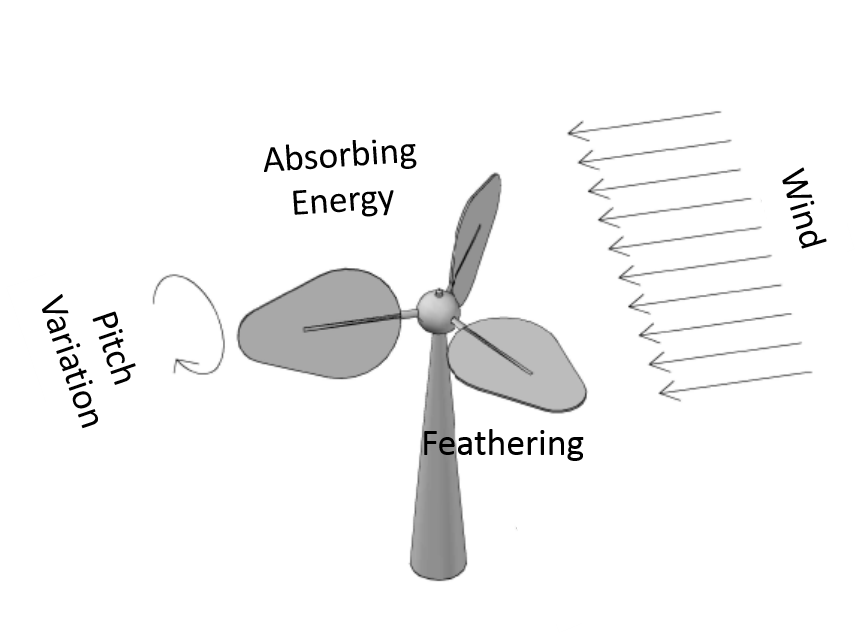 Inspiration:
Birds use their wings to generate lift and thrust for locomotion. The difference in air pressures around the airfoil shaped wings generates lift and thrust. Birds also flap their wings and while flapping they also pitch (rotate) them about a lateral axis. Their wings are spread out during down-stroke and folded in during the up-stroke. The folding and pitching motions cause the effective wing area to change while flapping to increase lift.

Another example of this principle is found in rowing where blade’s effective area is varied from one stroke to another to maximize thrust. Maximum and minimum effective blade areas respectively for the drive and recovery stroke are presented to maximize water displacement and reduce air drag.

Principle:
In both the above cases, controlled variation in the effective area of an oar blade or wing from one stroke to another is improving their efficiency. This principle can also be used to capture energy from a fluid flow. A similar principle is observed in some drag based Savonius VAWT, where the shape of the blades creates a difference in the up stream and down stream drags resulting in a net torque on the turbine.

Application:
A novel fluid turbine has been devised applying and optimizing this principal for efficiency. The design comprises of blades symmetrically positioned around a vertical axis. The blades experience cyclic pitch variations while rotating about the axis. The pitch variations are accomplished by an innovative mechanism that passively rotates the blades about a horizontal axis during rotation of the turbine. This controlled pitch variations allows the blades travelling upstream to be oriented horizontally so minimum drag is obtained. And the blades travelling downstream are oriented vertically so maximum drag is achieved. Since the aiding downstream drag is maximum and the adverse upstream drag is minimum, this configuration allows for higher power output compared to conventional VAWTs. A prototype has been fabricated and experiments have been conducted in air and a water tunnel to prove its functionality. Theoretical calculations and computer simulations suggest an increase in efficiency.

*This turbine can be used to capture energy from winds, tides, ocean currents and river streams.

*The turbine is bi- directional and can be completely submerged in water and hence causes no impediments to water traffic. Slow rated rpm implies minimal impact to water life.

*The tip speed ratio of this turbine is almost always less than one and so it performs best at low rpms and low wind speeds observed in most populated regions which are not suitable for HAWTs.

*The design comprises of flat plates as blades and all parts are very easy to scale, fabricate using conventional machining methods and off the shelf items and assemble. Generators can be placed on the ground.

*Considerable reductions in capital investment and maintenance expenditures can be realized.