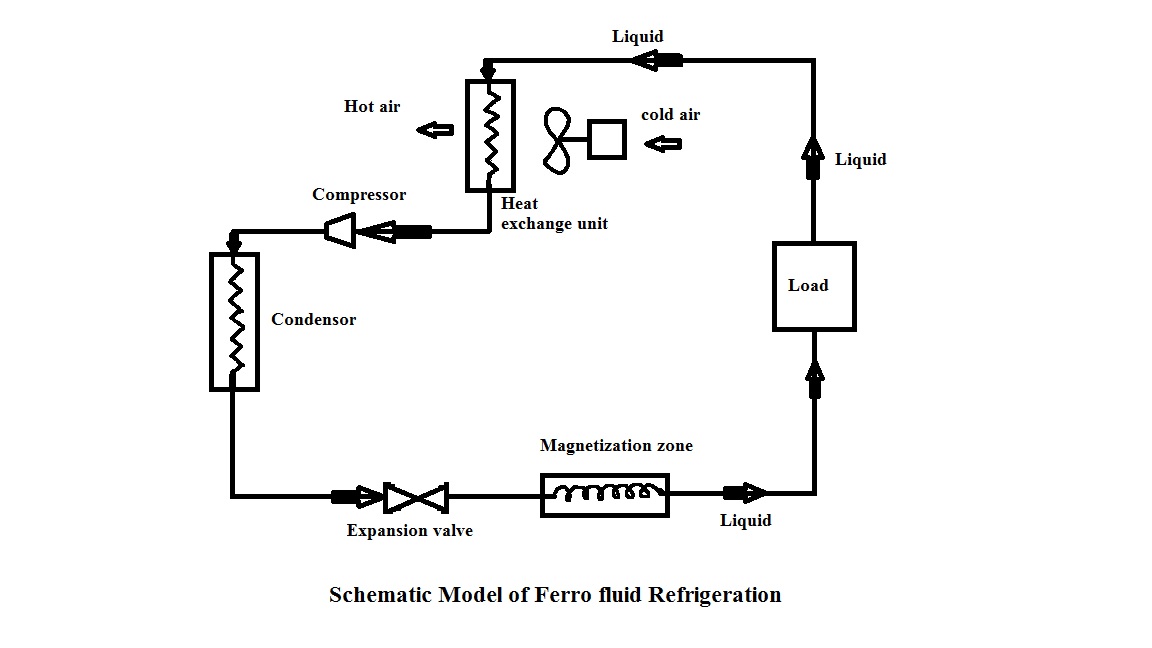 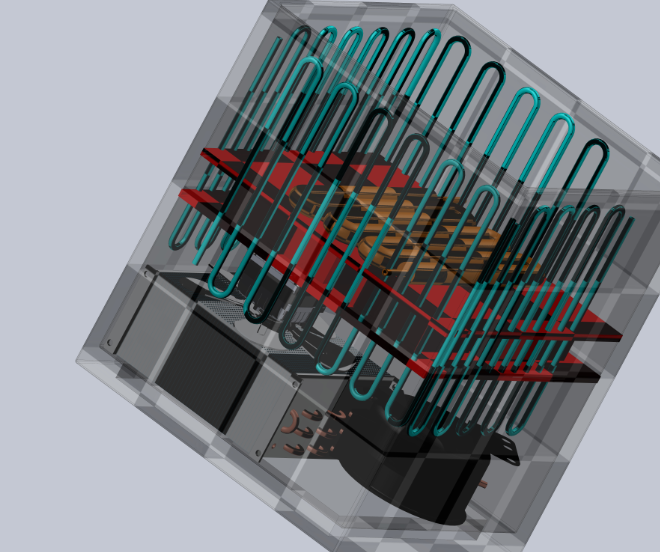 Refrigeration is one of the main source in many sectors such as Food processing Industries, Materials manufacturing industries, Pharmaceutical industries and the list goes on. In a typical refrigerator, a circulating refrigerant such as Freon enters the compressor as a vapor. The vapor is compressed at constant entropy and exits the compressor superheated. The superheated vapor travels through the condenser which first cools and removes the superheat and then condenses the vapor into a liquid by removing additional heat at constant pressure and temperature. The liquid refrigerant goes through the expansion valve (also called a throttle valve) where its pressure abruptly decreases, causing flash evaporation and auto-refrigeration of, typically, less than half of the liquid. One of the drawbacks of refrigerators is that they are not environmental friendly and consume a lot of electricity. Keeping these drawbacks in mind we developed new idea for refrigeration, its completely new, and cheap and ecofriendly technology which we designed. This refrigeration system utilizes magnetic effect for cooling. This product is also equipped with an energy harvesting kit which harnesses electricity from the heat flow or temperature difference.

This Kit consists of Ferrofluid, pump, Fan, expansion valve, PZT mount and housing unit. When an external magnetic field imposed on a ferrofluid with varying susceptibility (e.g., because of a temperature gradient) results in a non-uniform magnetic body force, which leads to a form of heat transfer called thermomagnetic convection. This form of heat transfer can be useful when conventional convection heat transfer is inadequate. There is much potential for the use of ferrofluids in a variety of modern applications as the understanding of their flow characteristics becomes more widely known. Utilizing an applied external magnetic field, ferrofluid movement can be controlled. This leads to great potential for their use as the working fluid in Refrigerators. A ferrofluid refrigerator could reduce manufacturing costs as it requires no wicking structure, and the effective thermal conductivity of the refrigerators could be increased by increasing the liquid flow rates within the heat pipe due to the added magnetic pressure difference.

The utilization of a ferrofluid in a heat pipe could have many advantages. Returning the condensed fluid to the evaporator side with magnetic force could eliminate the need for any wicking structure to be manufactured which would reduce overall cost and greatly simplify manufacturing. The central aspects under investigation for this proposal deal with the magnetization characteristics of the ferro fluid and refrigerator performance analysis.

The role of PZT mount is to harvest the energy due to heat transfer and converting it to useful electrical energy (pyroelectric effect) which in turn charges the battery which is the power source of the pump. By this inclusion the product will be more efficient.

Since this product can be miniaturized and portable, it can have vast potential in consumer market. This refrigeration have a very big market in pharmaceutical industries and food processing industries. This product along with energy harvesting is the best solution to modern refrigeration.