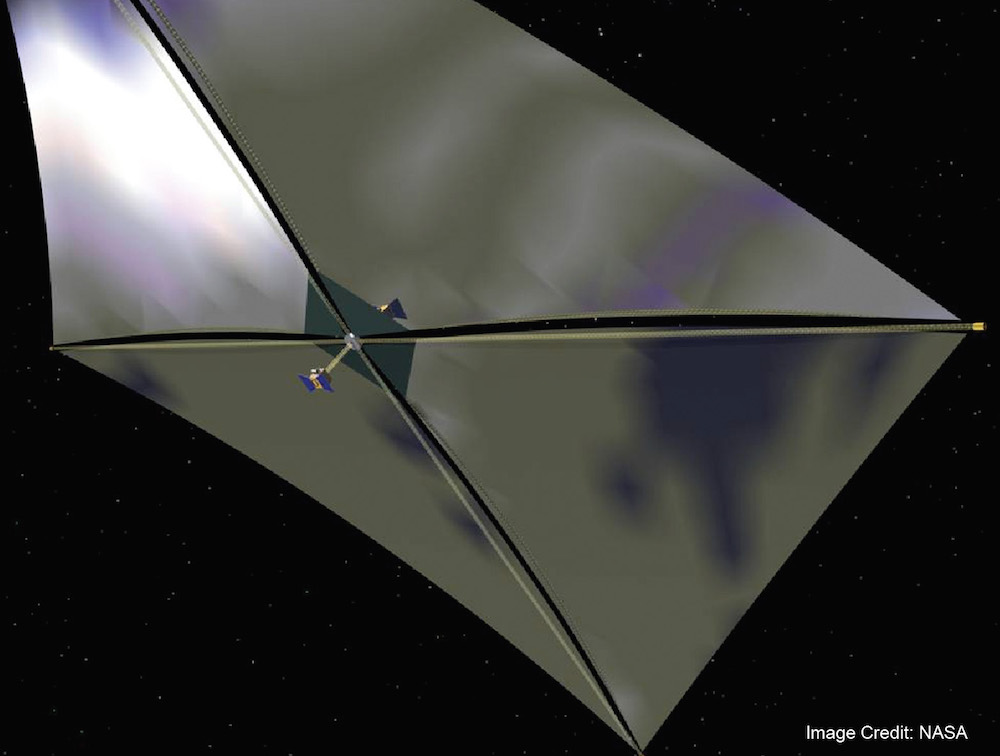 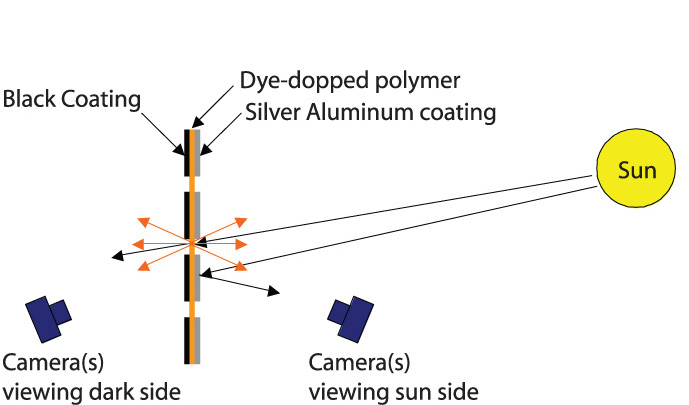 NASAs LaRC has a new method for generating very low mass visual targets that enable three-dimensional metrology and photogrammetry measurements (surface position, shape, profile, etc.) for very thin and lightweight structures. The targets use fluorescent dyes incorporated into or applied onto the thin polymer materials used in lightweight structures. The thin film targets can also be cut out and attached to a surface. Arranged in a pattern, the invisible targets can be illuminated, using the sun or inexpensive light source, to make them visible without reflections or distortions. The approach enables lightweight, high-contrast, distortion-free targets that are less complex and intrusive than traditional target solutions. The technology is ideal for space-based, underwater, and industrial metrology applications where non-intrusive, easily integrated metrology indicators are required.

* Non-intrusive, integrated fluorescent targets for thin polymer films
* Thin, lightweight targets that do not affect the structural dynamics, or increase damage risk to fragile structures
* Diffuse targets with size and shape that can be tailored to improve off-axis measurement accuracy and target intensity
* Targets are spectrally shifted from incident and ambient lighting, allowing high-contrast targets even in high-exposure conditions
* Filtering can be used to minimize sun or light source glare and enhance target recognition
* Photogrammetric measurements of critical dimensions where it may be desirable to avoid physically attaching retro-targets
* Passive solar or inexpensive LED illumination can be 10-20X less expensive than laser projection systems

Photogrammetry is a widely used optical metrology technique for the three-dimensional coordinate measurement of small and large structures. Typically, circular targets are attached to the structure to aid the photogrammetric process, the most common of which are retro-reflective targets. The mass of retro-reflective targets introduces unacceptable effects such as added stiffness and weight, making them unsuitable in many applications, particularly those involving ultra-lightweight or inflatable membrane structures. Alternatively, non-contact projected target patterns can be for used for photogrammetry, but this requires diffuse surfaces and complex laser illumination systems, which are too costly to deploy in many environments. To address the shortcomings of traditional photogrammetry targets, NASA has developed three methods for creating localized regions containing fluorescent sensitive dye that can be applied to thin polymer structures. The targets are fluorescent sources whose wavelength is shifted with respect to the impinging illumination. Spectral filters can be used to enhance the contrast of this fluorescence and remove hot-spots and glinting on highly reflective films. The shape of the targets can be optimized to minimize off-axis distortion. The targets can be integrated into the lightweight structures themselves, or targets can also be cut out and applied to a surface. Fluorescent targets work effectively with passive solar or inexpensive light emitting diode illumination.