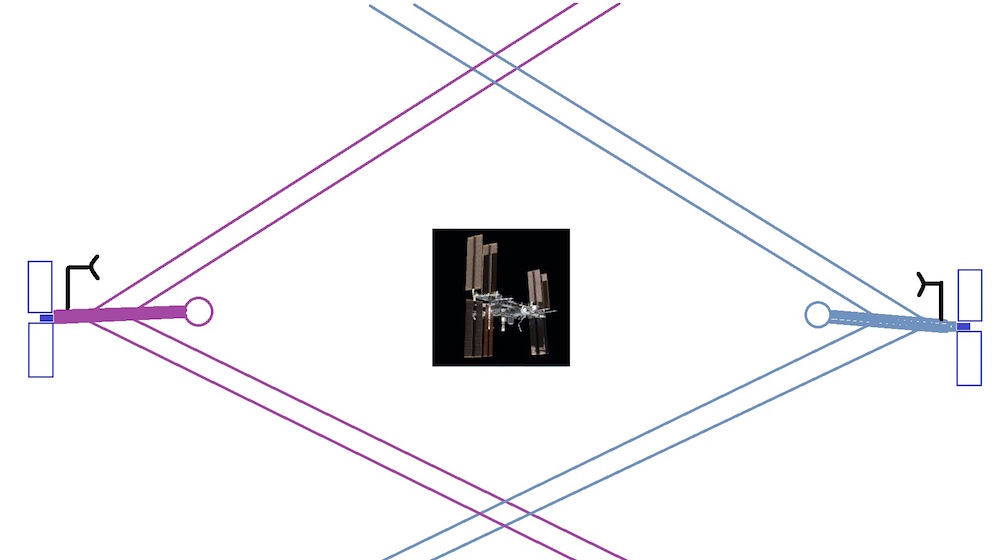 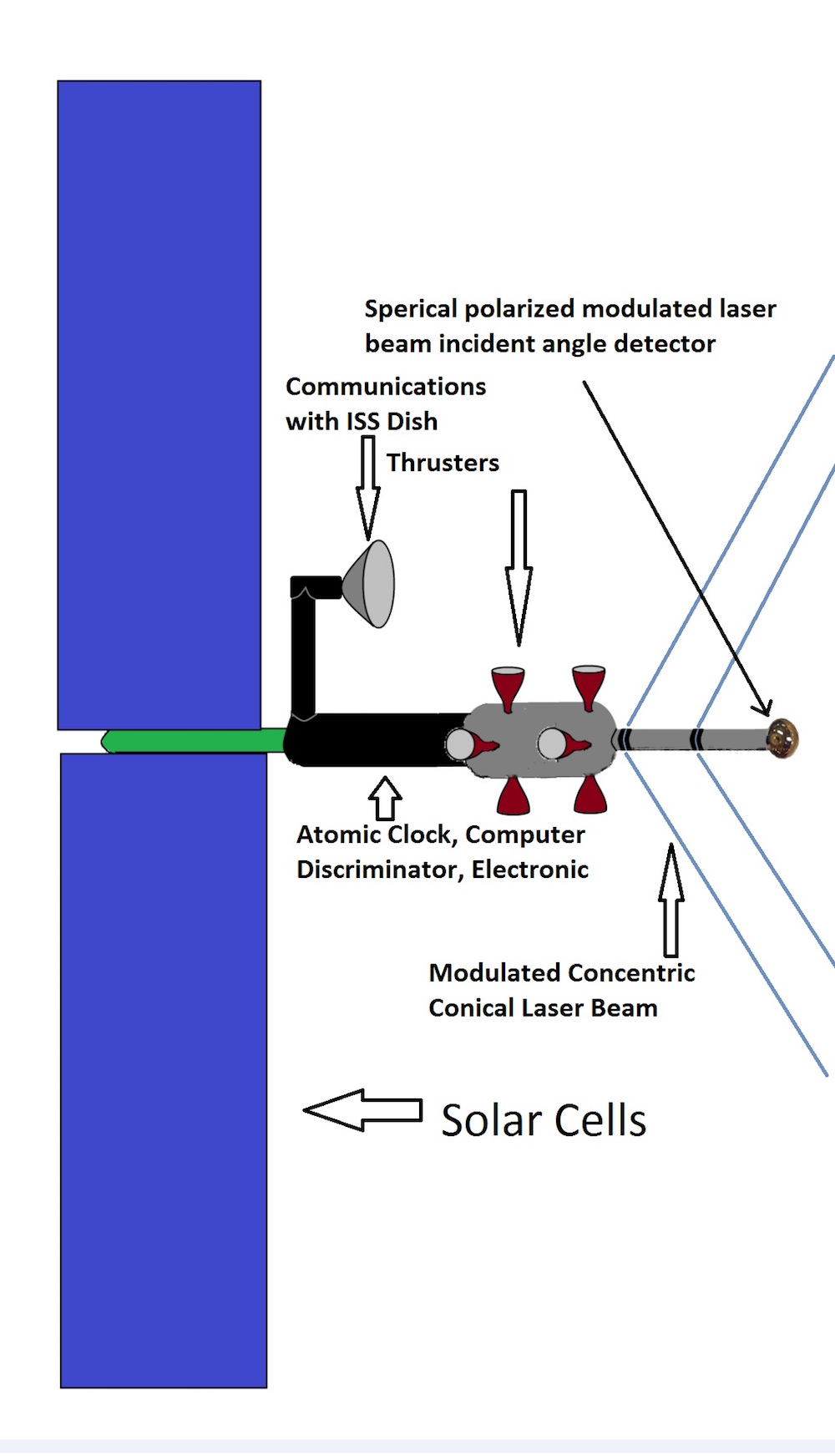 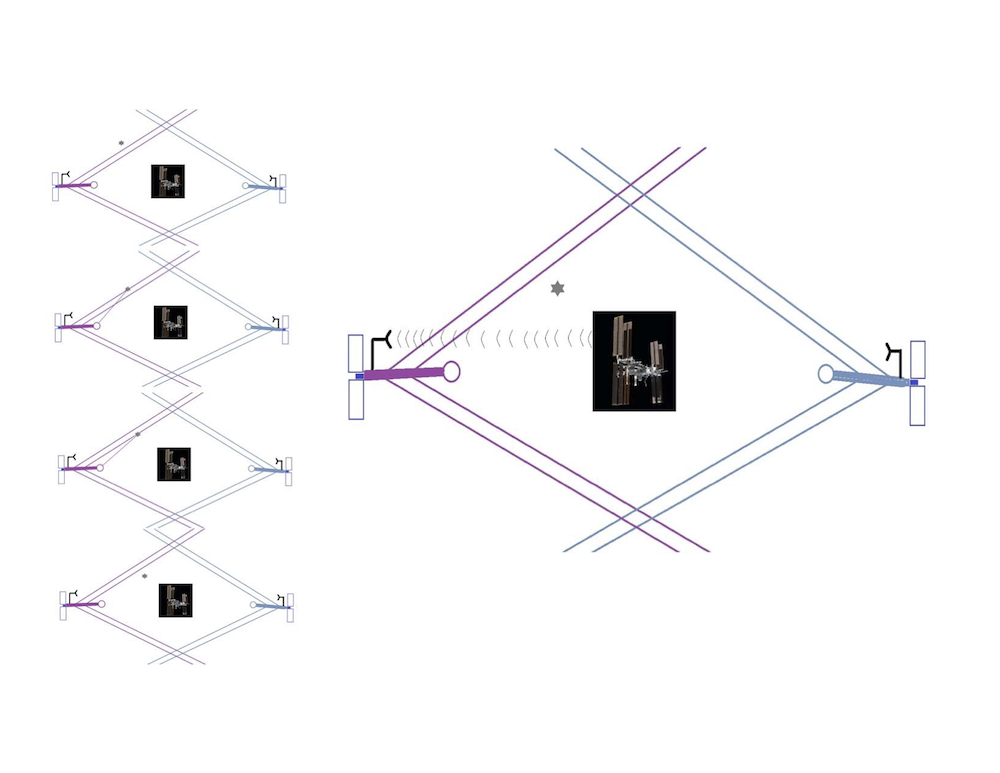 The International Space Station (ISS) is subject to debris traveling at great speed from almost any direction. Normally debris is tracked by ground radar. However, it is limited in the size that it can see and sensor on Earth position. Therefore, a space based system would be desirable to detect debris and warn the ISS. This invention is designed to detect debris that threatens the ISS regardless of its entry angle.

Depending on the spherical sensor’s size and debris reflective divergence angle, this detector might also be able to determine debris size as well. Since the conical sheet laser beams form a closed volume, the first reflected flash must come from the outside in unless it originates from the ISS, docking or undocking spacecraft or lost tools.

The figures show the sequence of event that happens to detect debris in the ISS’s cone of detection and warn the ISS.