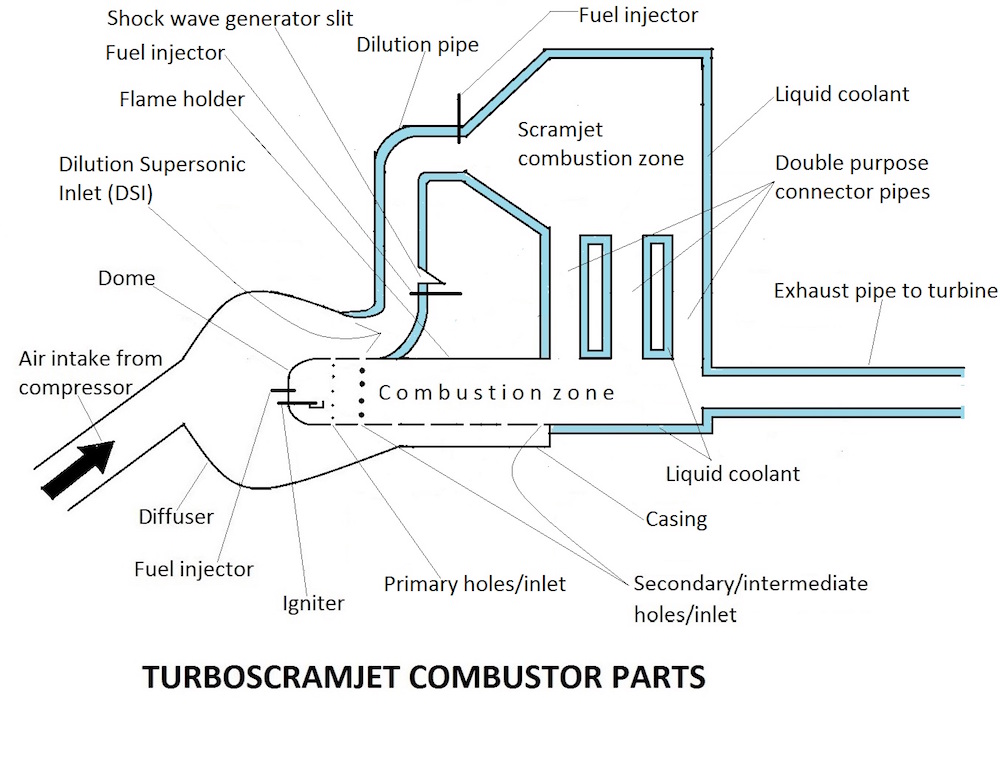 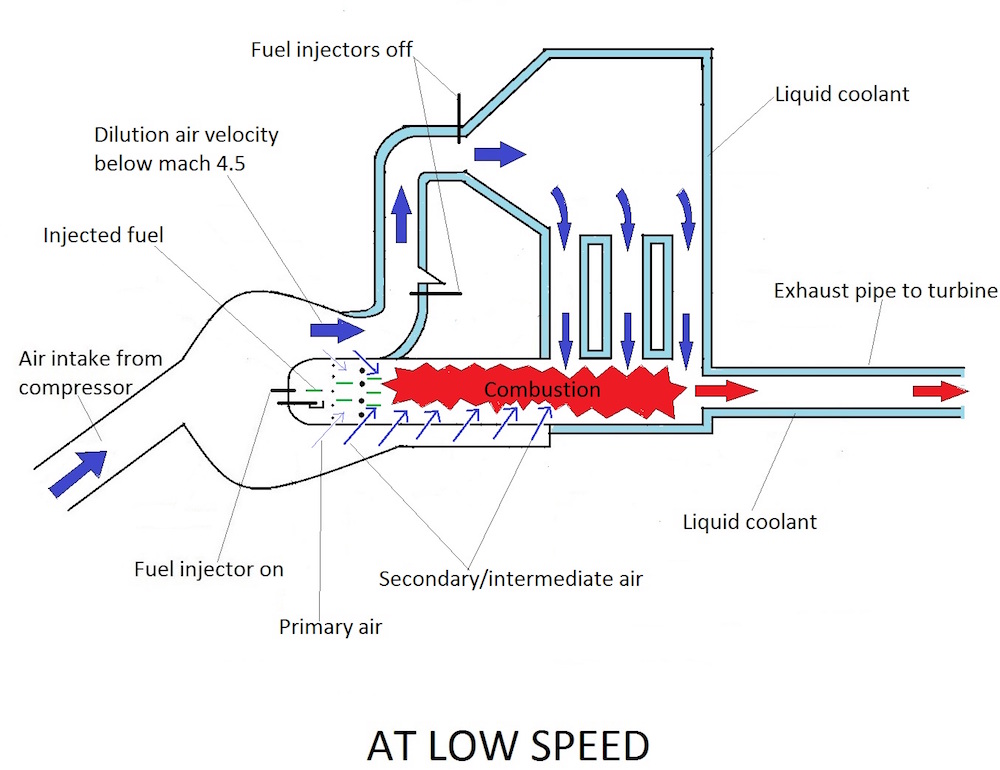 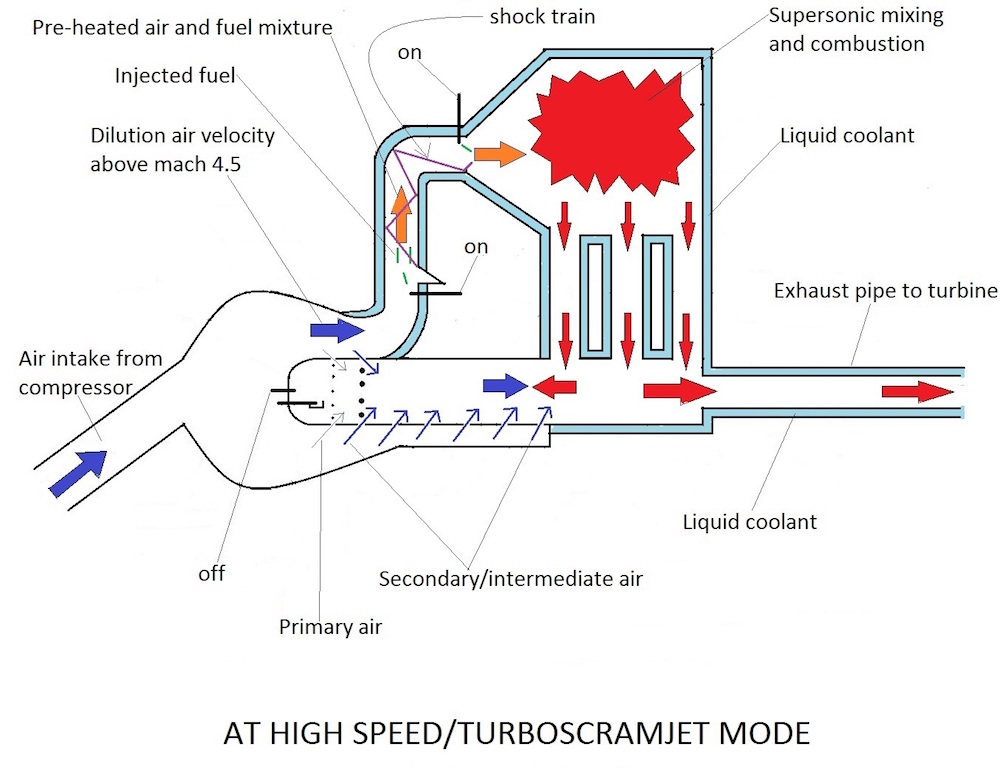 To use a slit in order to induce shock waves in air travelling at supersonic speed is an idea I copied from one of NASA's very old articles regarding their experiment on induced scramjet combustion which I found on the Internet.

Also, my turboscramjet combustor idea is designed to eliminate any occurrence of Bernoulli's principle effect that might deteriorate the quality of combustion process inside it, as you may have seen or noticed on the provided diagram in my illustrations.

Lastly, this idea is in the concept phase and I am looking for collaborators, sponsors, and funding in the international community to build this project.