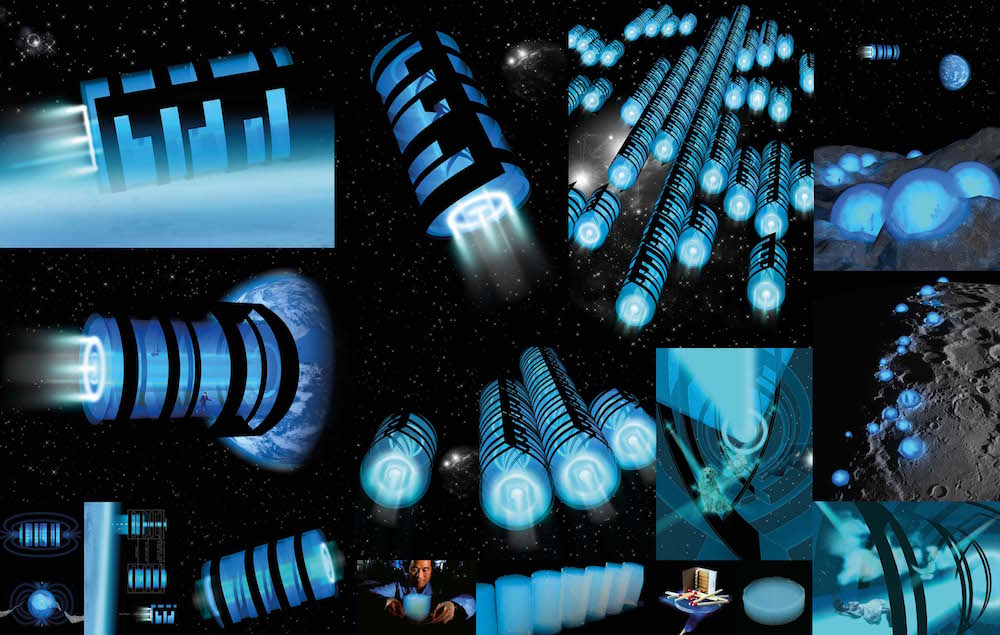 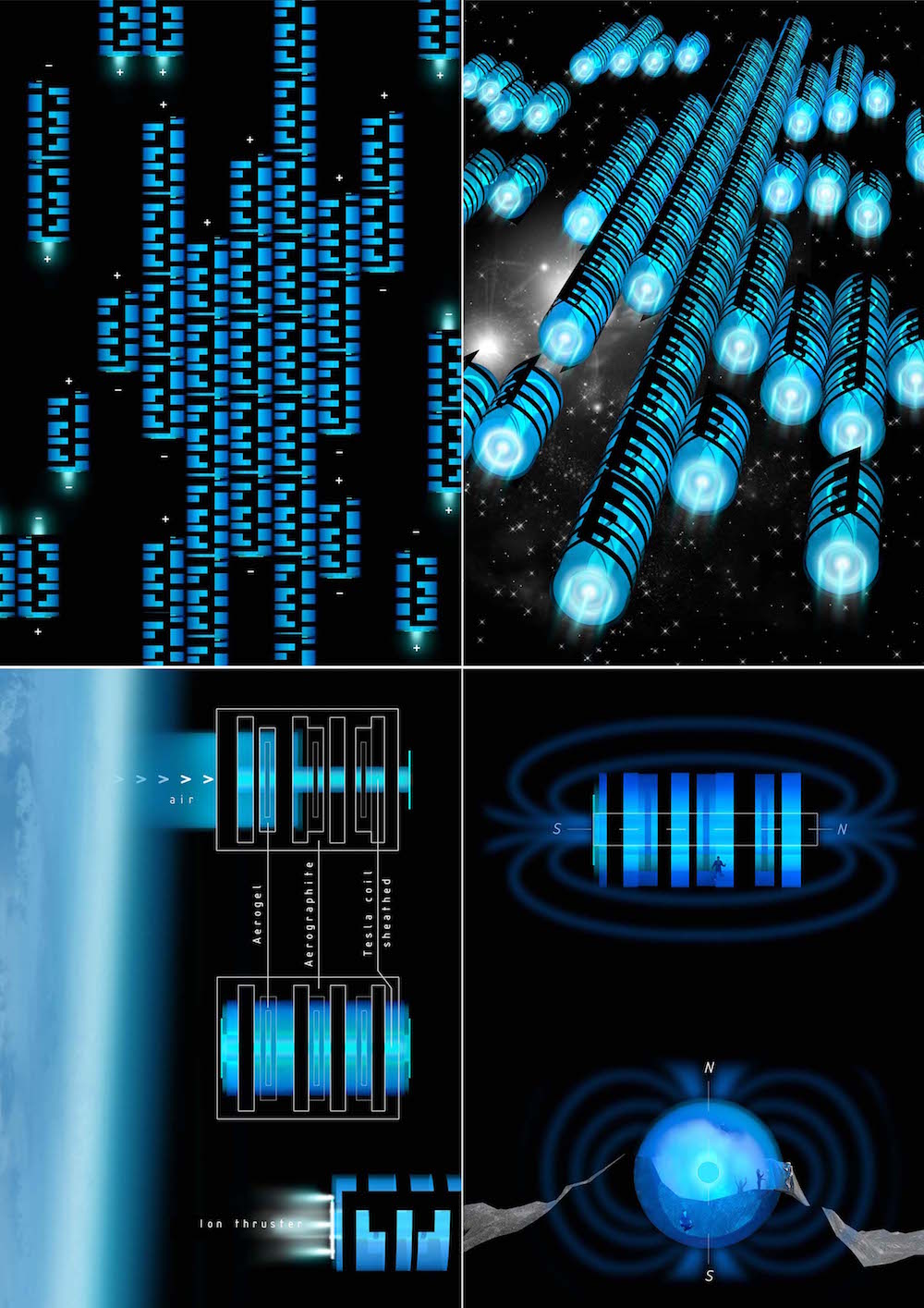 Take the sky with you leaving Earth.

Earth's atmosphere is a unique substance that people are looking for on other planets vainly. This light blue veil gently enveloping Earth gives us clouds of dream's star. How to take the sky with itself?

Aerogel will help us. Aerogel is a material that is 98.2% air. Aerogel has a porous solid network that contains air pockets, with the air pockets taking up the majority of space within the material. The lack of solid material allows aerogel to be almost weightless. The piece of the sky "Aerogel" in the form of the cylinder is placed in the aerographite capsule and goes to the stars. Black aerographite visually merges with black space. So we have only the sky which became for us the individual house now. Such certain houses can form groups and also to be rooms of one big house. Aerogel in the form of a sphere can be a dome on the moon crater.

In the center of the aerogel cylinder or a sphere the Tesla transformer is placed. It transforms energy of air to electric, creates the ionic engine and forms a magnetic field which protects people in the house from solar wind.