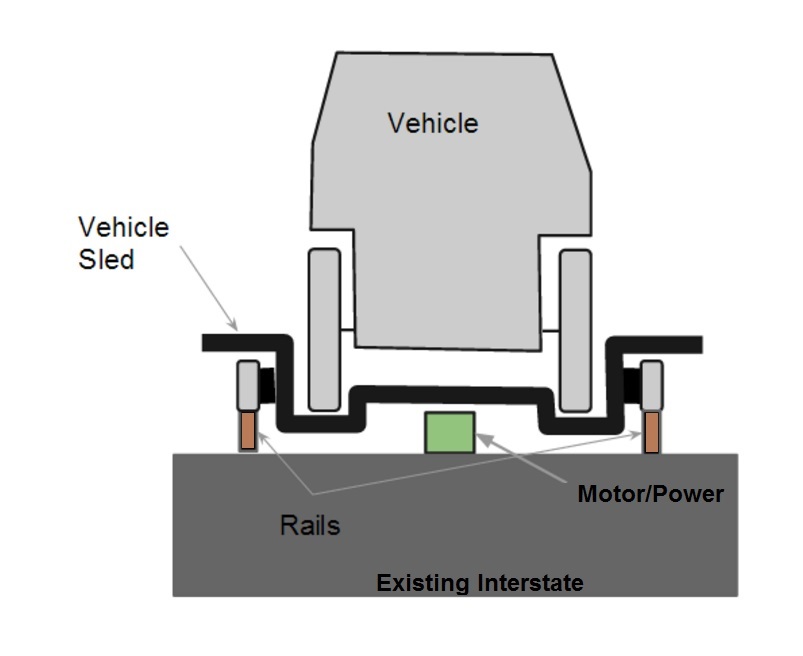 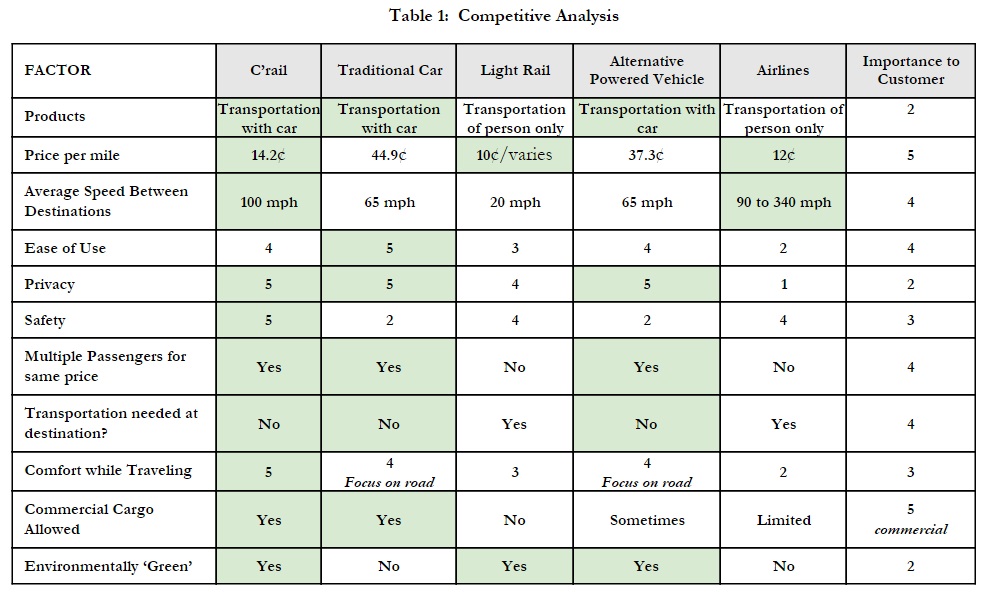 Install 'light' rail on the interior lanes of different sections of the US interstate network, beginning with long rural sections and expanding to more complicated urban interstates. Construct a series of loading and unloading stations where regular vehicles can pull on and off of specially constructed sleds that clamp the vehicle wheels in place. The sled is then propelled down the rails at speeds of ~100 mph to the next station.

-A family is traveling on a vacation and see a sign for the "C'rail" lane coming up.
-The family pulls into the "C'rail Station" which resembles a traditional toll booth.
-They pull into a stall and are guided much like a person pulling into an automatic car wash onto a sled.
-The driver reaches out to a kiosk outside the window and scans their credit card.
-The drive mounts a control tablet to the steering wheel.
-There is a slight movement as the tires are clamped to the sled.
-The sled is propelled down the light rail installed on the interstate at speeds close to 100mph
-From the control tablet they choose their destination and set up wifi for their car.
-If this family had been driving an electric vehicle they would have had a choice to plug it into the sled to be charged during their trip.

Transportation Departments would convert existing interstate lanes to C'rail rather than adding additional lanes to meet capacity needs. Rail is cheaper to maintain and is cheaper to install than adding lanes. A third rail in would provide power and communication to the different sleds on the C'rail network.

Sleds would be simple in design and low in price; carrying the minimum of technology (propulsion, power, braking) most of the technology would be built into the rail network.

The C'rail network is a much safer form of transportation, nearly eliminating roadway deaths.

The C'rail network allows a way for electric vehicles to enter the market for long distance journeys without the construction of an extensive recharging station network.

The C'rail network dramatically increases the convenience of long distance commutes allowing the user to sleep, use social media or converse freely with their passengers.

The C'rail brings the 'light rail' movement to the country in a way that preserves America’s love affair with their car and the flexibility it brings.