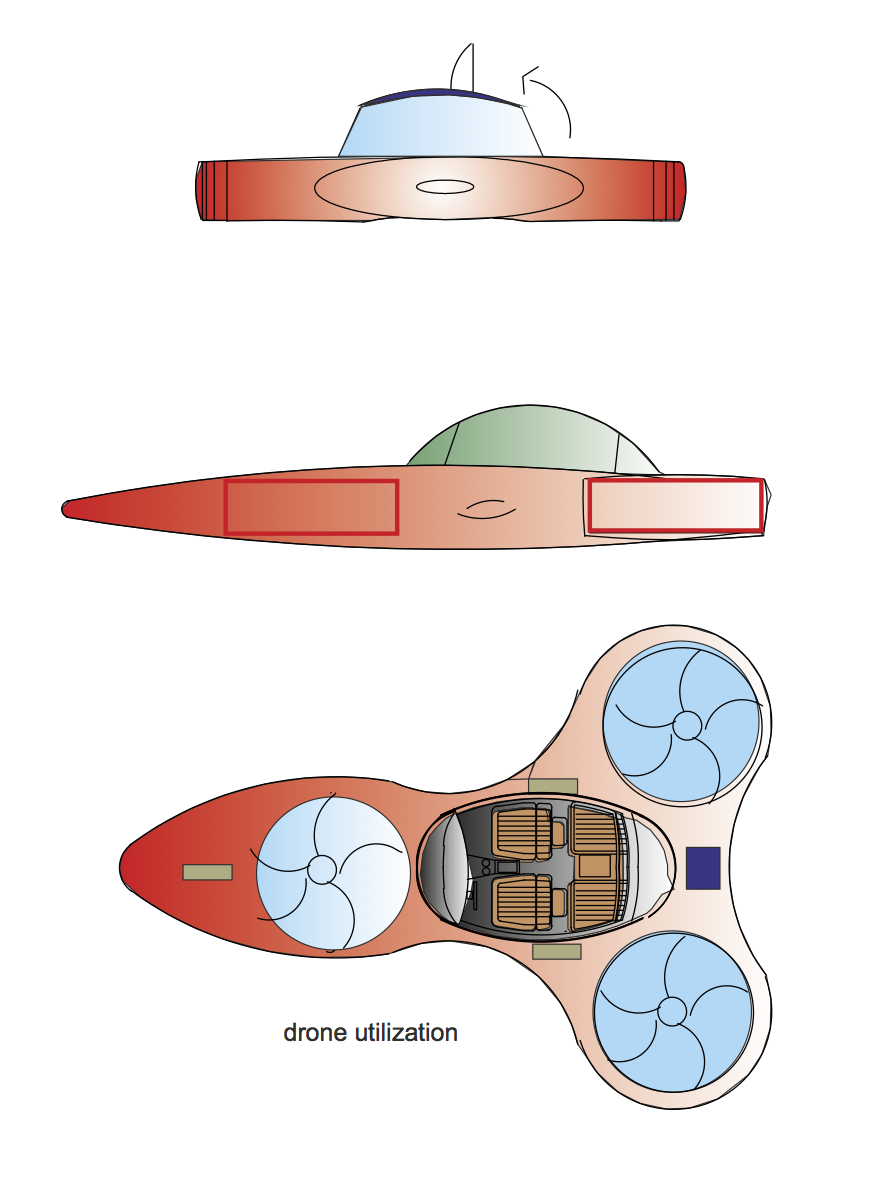 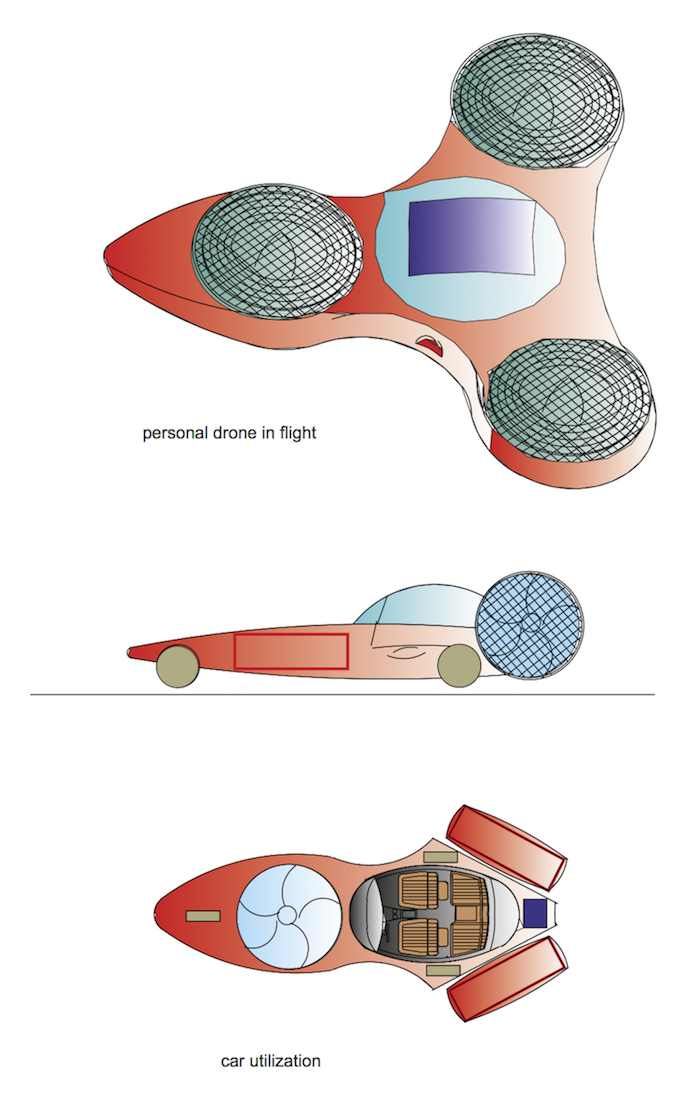 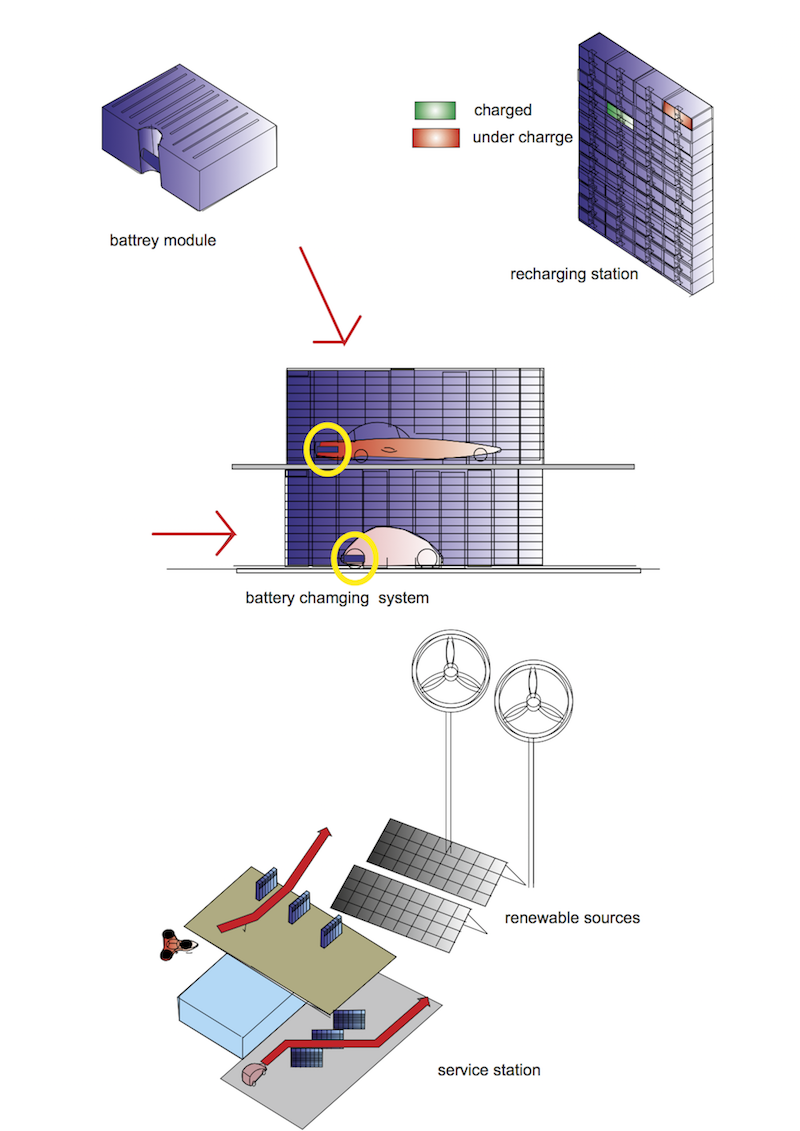 Drones are being developed and soon it will be possible to have drones that carry passengers.

This project consists of a flying tricopter for passengers that can be transformed into a car, occupying minimum space and affordable. Such a drone will transport 5 passengers and will be slightly bigger than a car when utilized on the ground. Each propeller will be equipped with a small electrical engine, powered by a battery module that is located in the back for easy access and substitution with a new one. To make the system practical we have developed a ecosystem for its development. A standard battery, with a handle for easy handling, will give enough autonomy and will be substituded by a charged one when needed. The changing battery stations will be located on the roof top of existing service stations that will be adapted for this scope. They will recharge the battery package through solar and wind farms. It consists of a charging station for batteries that are used by the tricopter to power its engines, located near the propellers. The battery is located oin the back and can be easily extracted when it needs to be replaced by a charged one at service stations.

Service stations will be used by car and drone drivers as well, in two different levels. The batteries will be recharged in a battery stack and accessible to users. The service stations will power the batteries through renewable sources system only to keep the entire system green. The drone can change configuration from flying to road conditions by rotating the rear propellers.

The car configuration is a three wheeled vehicle that would drive with electrical engines attached to the wheels and also powered by the same battery system. Such ecosystem can also be utilized by conventional cars that are going electric. Reutilizing existing network of service gas station with slight modifications.