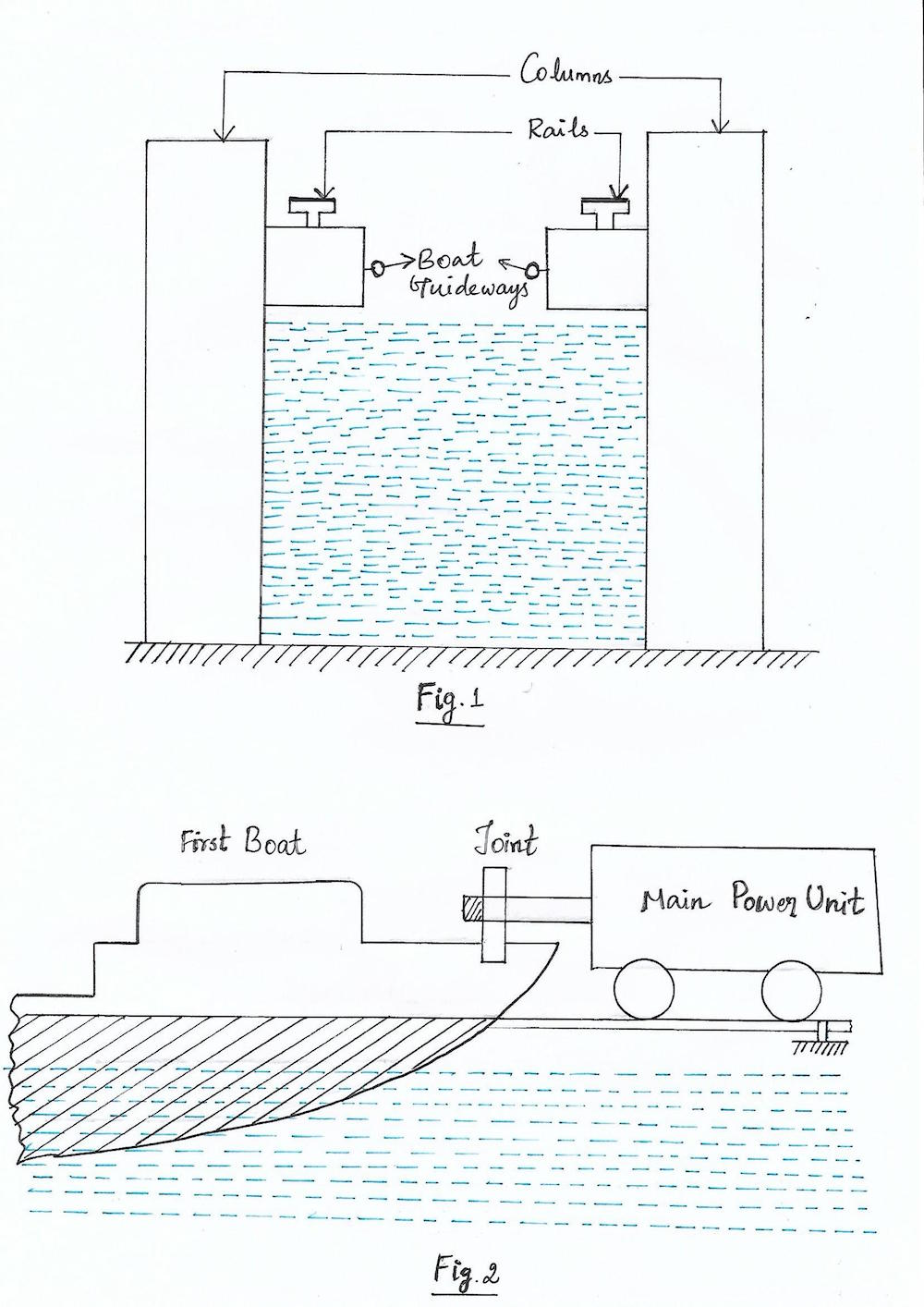 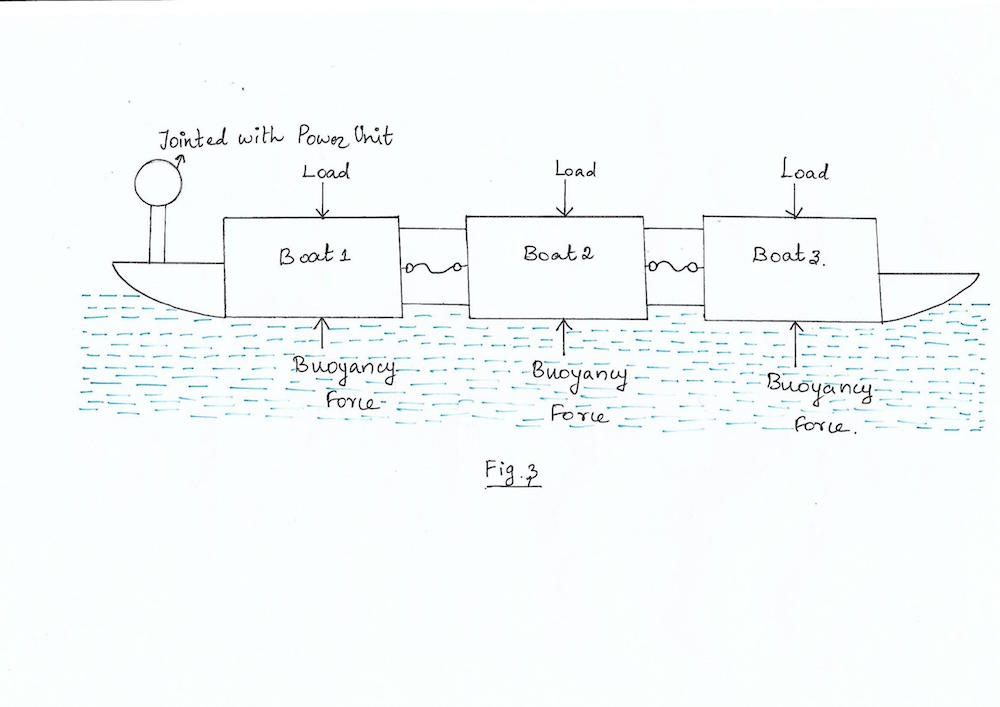 Railway is one of the best modes of public transportation in the world. It offers more comfortable and fastest journey to the people. Rail is used to reduce the frictional force between the load and track. The centre of gravity and frictional force are the two important parameters where a ground vehicle can be moved from one point to another point. In this context, the law of floatation (Archimedes principle) is found as a key element that reduces the centre of gravity and frictional forces. As per Archimedes statement, when an object is immersed in a liquid, it gains an upthrust known as ‘buoyancy force’ of the object. Now the object is apparently weightless.

The pulling or tractive force required for this technology will be very less for the same load due to the buoyancy force. The reserve of buoyancy will be calculated so that the stability of each and every boat ensures with good in their positions. The control surface and hydrofoil is to be designed for all the boats carefully in order to reduce the drag force. Depends upon the load or number of passenger, the number of boats are selected. Refer fig.1, Railway Track Gauge design is illustrated. The water should always be there in the column, that column is contained rail where the main engine unit is operated. The power source to operate these seriously connected boats should not be like a propeller operated ship, because, it increases the requirement of water content in the path so as the propulsive efficiency will be reduced further. Instead of that propeller, a common rail is used to pull those boats along the straight-lined path. The combined effect of floatation and rail technique reduces the energy consumption significantly. Other handling procedures can be done like what happening in the railway junctions. In fig.2, it is shown the design and components of this proposed system with 3 number of boats. The number of boats may be exceeded to many depends upon the ‘reserve of buoyancy’ value and track gauge design. The boats may be made up of the following materials: Aluminum, wood, plastics, aerated rubber tubes and other suitable low weight materials. Refer fig.3. This system can be implemented for public transport, museums, parks and amusement parks. It enables people to travel around cities with less cost. It reduces the crowd in the buses and trains daily. It saves the time and money for transporting the peoples in and around the cities. The safest journey will be achieved by implementing this design between the cities.