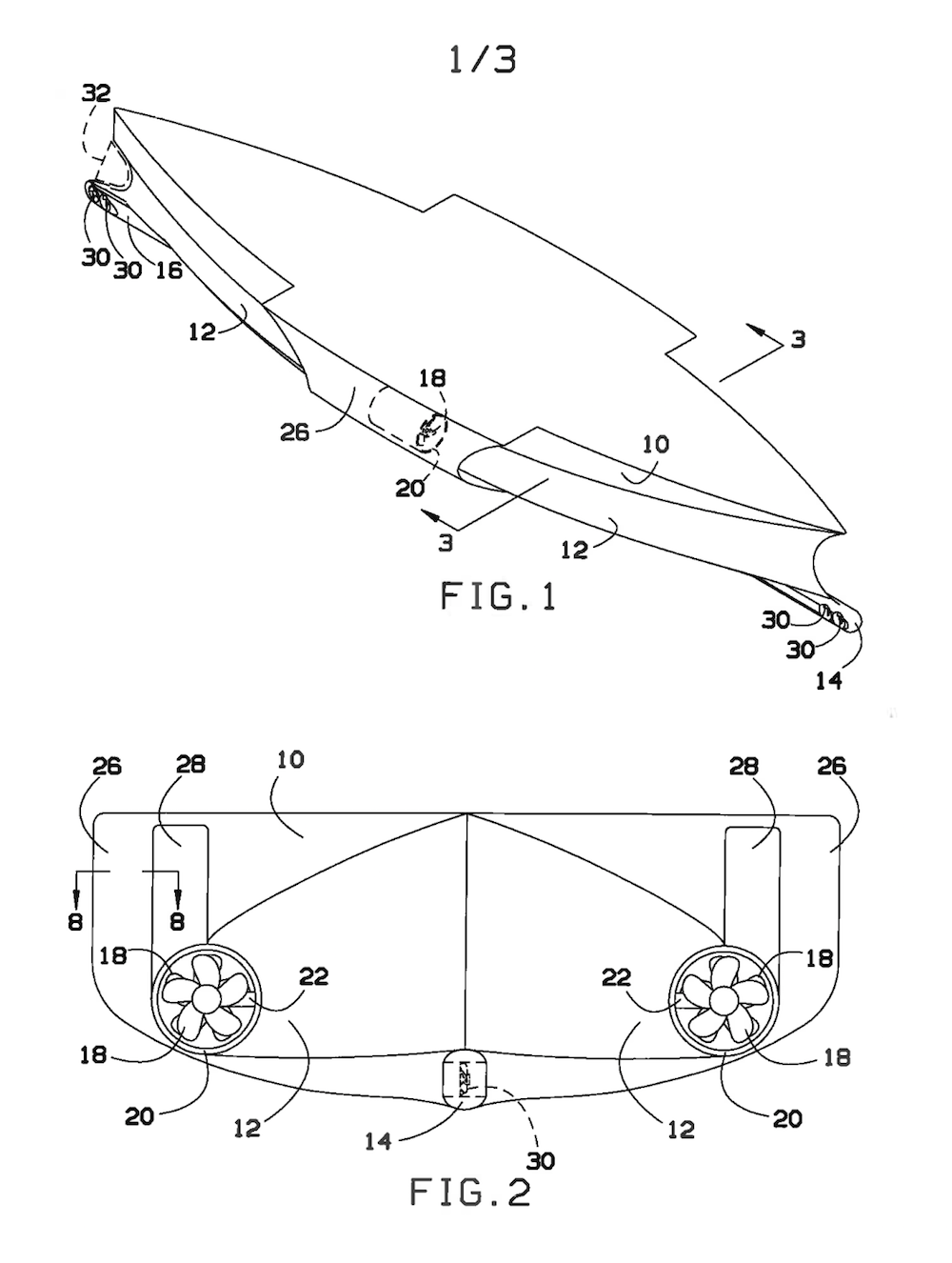 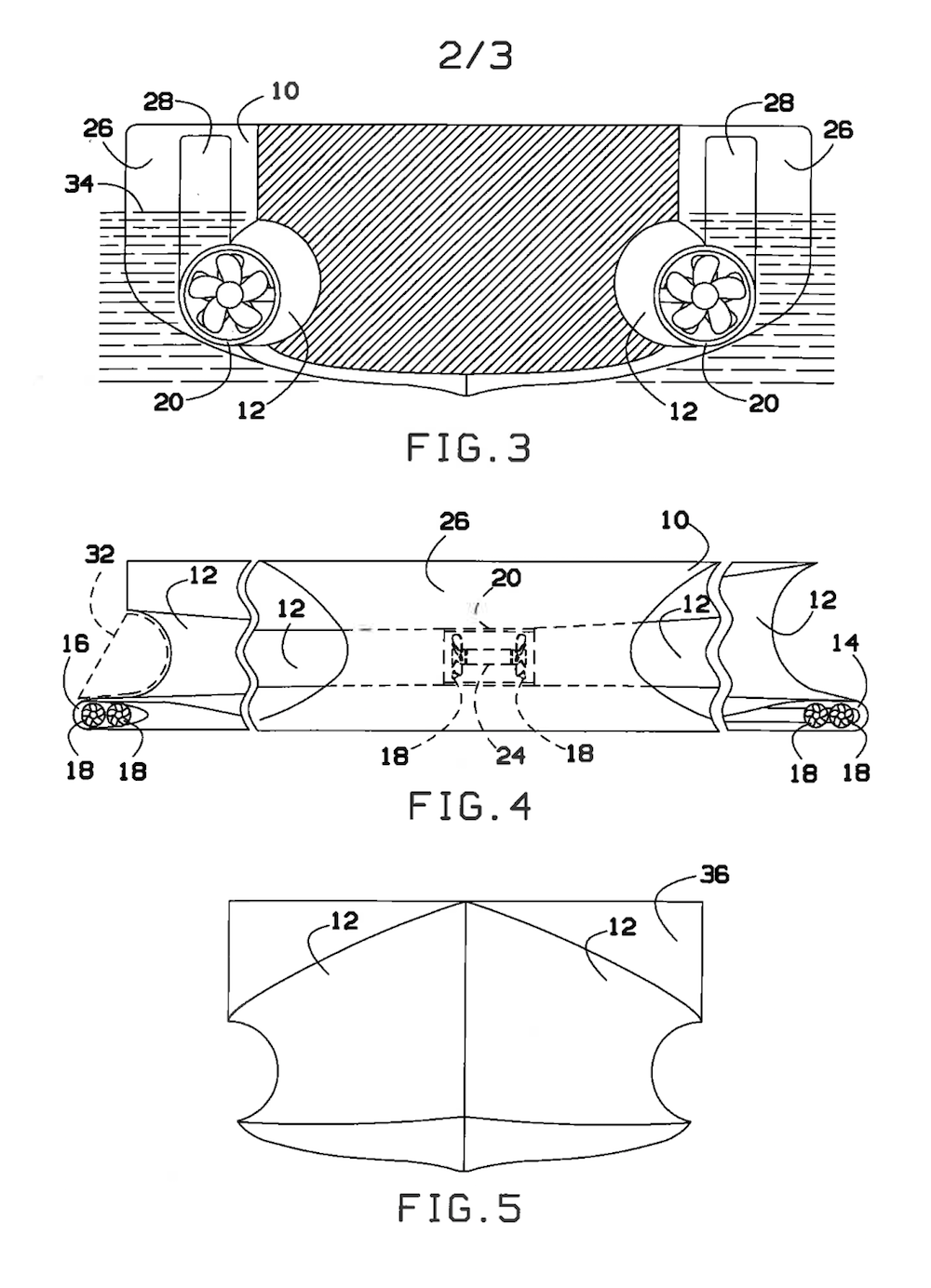 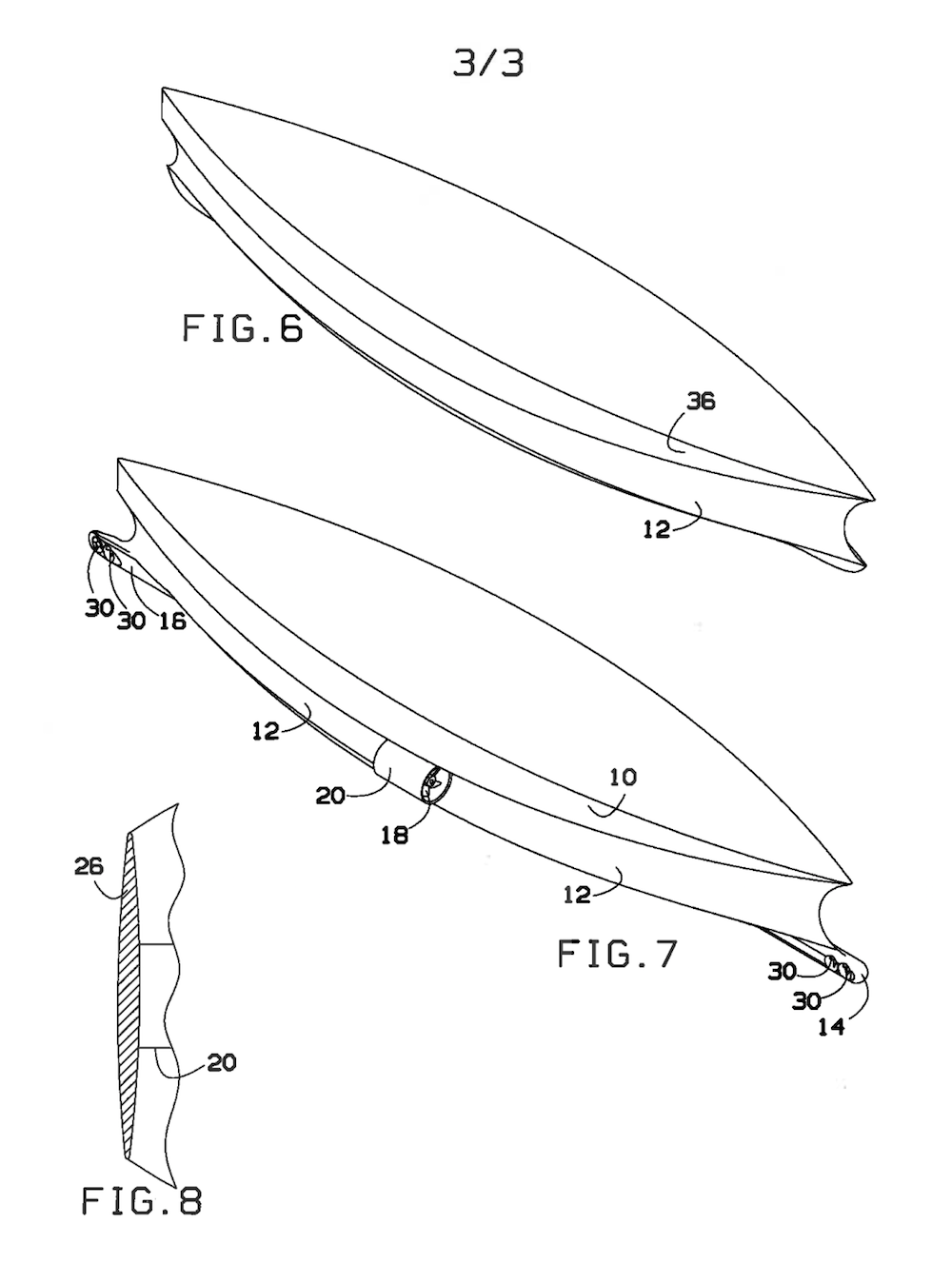 I have devised a solution to the hull speed phenomenon, a 150-year-old problem in marine hydrodynamics, which imposes an effective limit on the cruising speed of vessels having displacement mode monohull forms.

Hull forms typically take one of two basic shapes: displacement or planing. There are also hybrid forms, commonly known as semi-displacement or penetrating hulls, which are basically a combination of the first two. Both hull forms have inherent problems.

Planing hulls are energy intensive: once on plane, their power/speed curve is cubic. On plane, they are limited to operating in relatively smooth conditions.

Displacement hull forms are limited by the "hull speed" phenomenon: once a certain speed is reached, the bow wave couples with the water line length. Exceeding hull speed causes separation of the bow wave at the stern, resulting in an upward pitch of the hull, characteristic of the onset of planing, resulting in instability.

Penetrating hulls accomplish this by integrating the design characteristics of planing hulls forward, while resembling displacement hulls aft. This permits an increase in speed, but at a substantial energy cost.

The typical solution to the limitation of hull speed in a displacement monohull is the "lnl" variation of the hull form: long, narrow and light. I have not considered incorporating this variant because of commercial impracticability. Additionally, in light of my solution to the problem, I have rendered this solution unnecessary.

Note that multi-hull designs are essentially variations on the "lnl" solution. I do not incorporate them for the same reasoning as above.

I have created a new hull form, which integrates the propulsion system and the hull form, apparently for the first time. The primary propulsion is relocated from the stern of the vessel to midships port and starboard. The propulsion intakes and outlets smoothly faired forward and aft, and the underbody form emerges completely from the design assumptions with respect to asymptotically closed flow.

By asymptotically closing the system flow, no bow wave is generated, and consequently, the phenomenon of hull speed does not occur.

Predicted performance gains include significantly reduced fuel consumption and consequent enlargement of the design envelope. Certain enhancements to the design stabilize the flow across a wide range of sea states. The hull form is predicted to be considerably more stable than conventional hull forms across a wide variety of sea states, including improved pitch and roll. The hull form is predicted to exhibit superior stability in following seas.

The design principle is applicable across a wide range of parametric variations.

The scale prototype is in the early stages of testing and has demonstrated proof of principle.