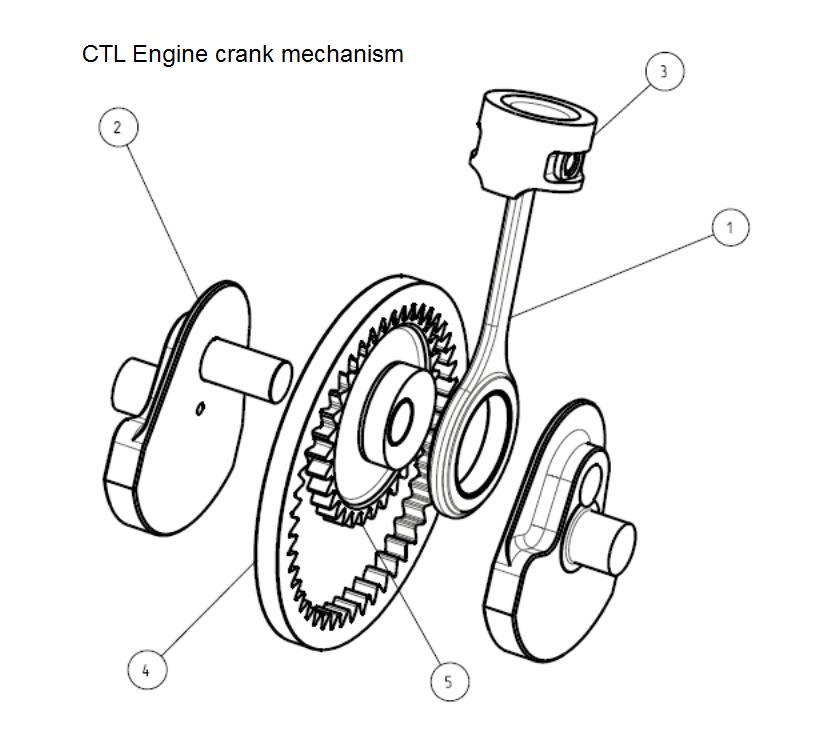 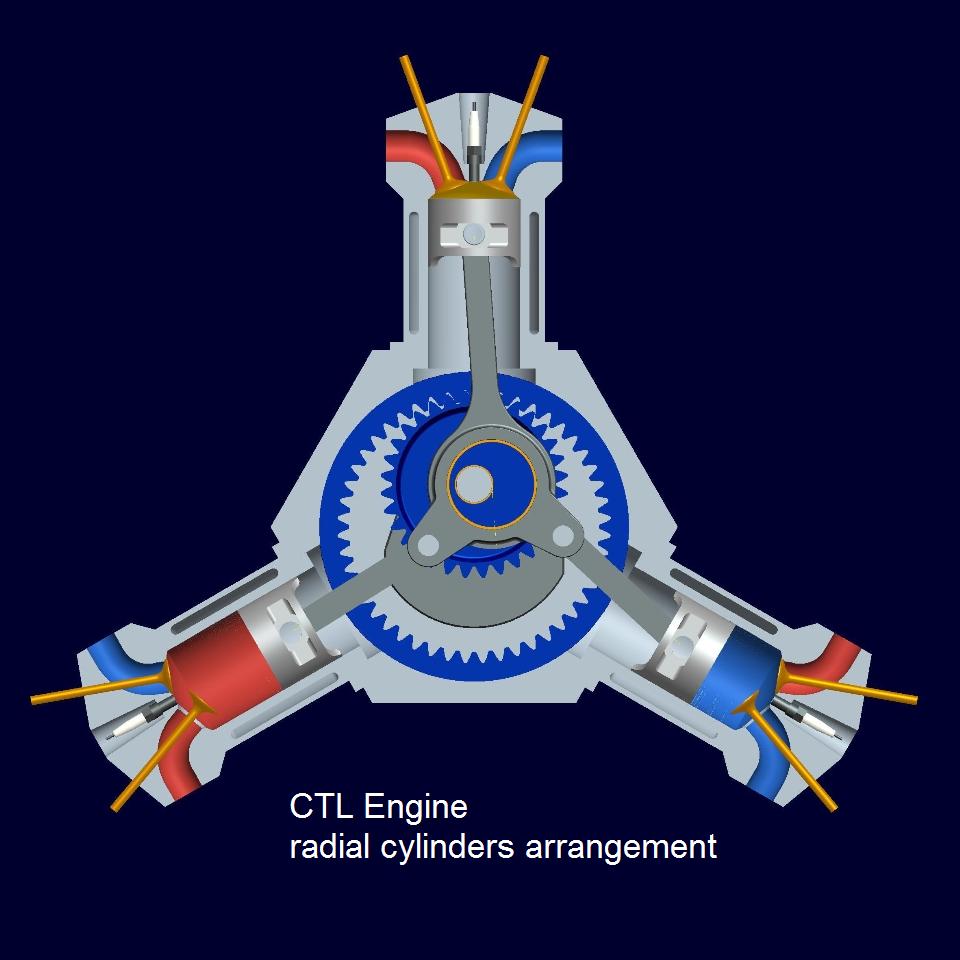 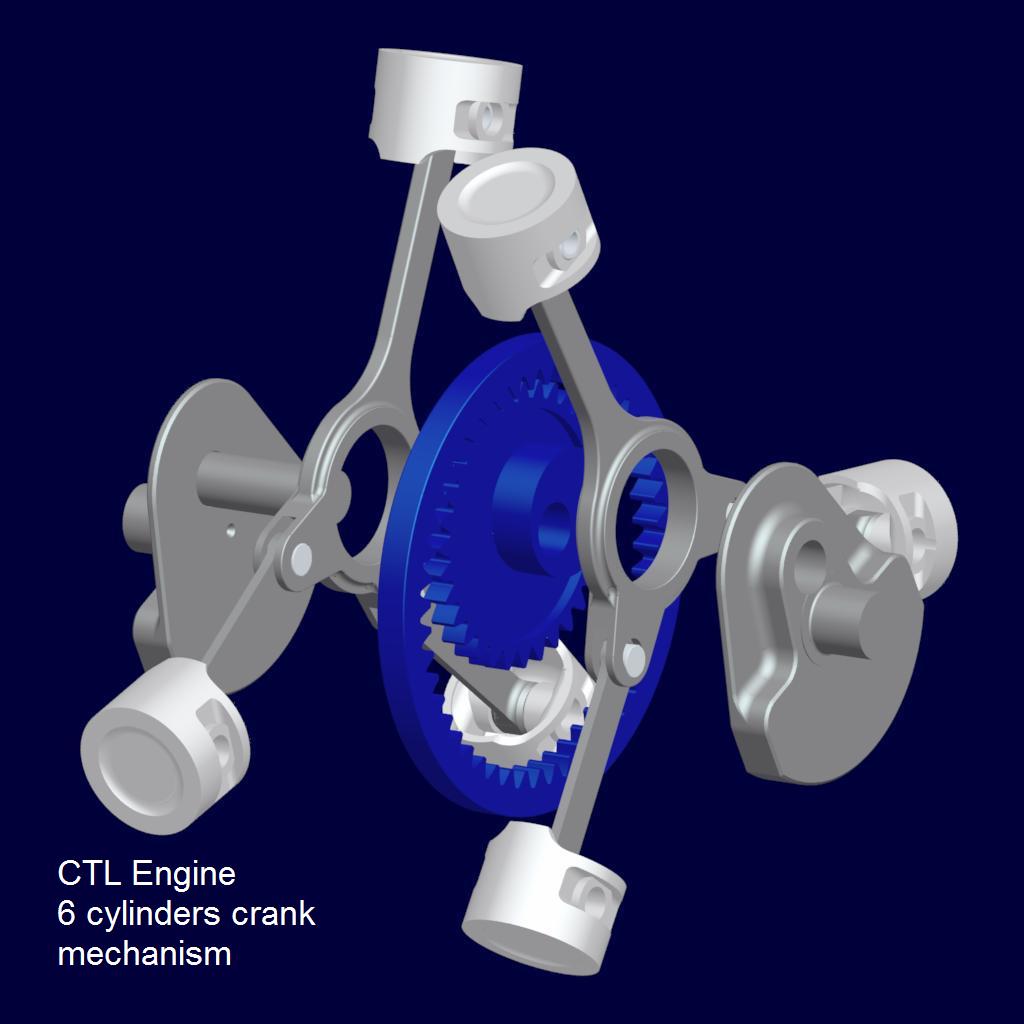 CTL Engineering of Lugano, Switzerland, has designed and realized a running prototype of a compact, modular Atkinson cycle engine (currently patent pending). This engine is entirely based upon well proven technologies, supporting a quick and cheap way into the industrialized production.

The benefit of Atkinson cycle is the higher efficiency when compared to the Otto cycle (up to 20%) thanks to the expansion stroke exceeding the compression stroke, this allows to extract more energy from the hot gas before the exhaust phase. A high efficiency is delivered already at relatively low compression ratios: this is an advantage when low octane number fuels are used. Furthermore low compression ratios reduce maximum temperatures, improving the lifespan of hot engine components.

This makes the Atkinson cycle very attractive especially from the thermodynamic point of view, while requiring a particular crank mechanism able to confer to the piston a different stroke according to the phase of the cycle. So far the crank mechanism required to enable the Atkinson cycle uses a toggle system which is almost inapplicable in today's IC engines due to high dimensions and weight.

CTL Engineering has designed and built a test engine operating according to the Atkinson cycle which uses a new, compact, and simple crank mechanism, opening new perspectives for the industrial adoption of Atkinson's cycle based engines.

The CTL engine linkage is composed, apart the traditional connecting rod (1), crank (2), piston pin and piston (3), of a fixed wheel with internal toothing (4) and an eccentric with coaxial pinion (5), in this way there is provided an epicyclic crank mechanism.

The CTL linkage allows to connect the same eccentric to up to 3 pistons with the axes arranged at 120°. It is also possible to add a second eccentric to the pinion on the opposite side respect to the first supporting therewith 6-pistons version, containing costs, size and weight of this engine respect to various Atkinson engines proposed in the past.

The CTL linkage is applicable to internal combustion engines for any use and size, including stationary use, cogeneration units, traction of vehicles. Furthermore a motor according to the invention is fully compatible with the various technical devices already known in the field of IC engines ( eg supercharging ) to increase power and reduce fuel consumption, which may be applied according to the needs.