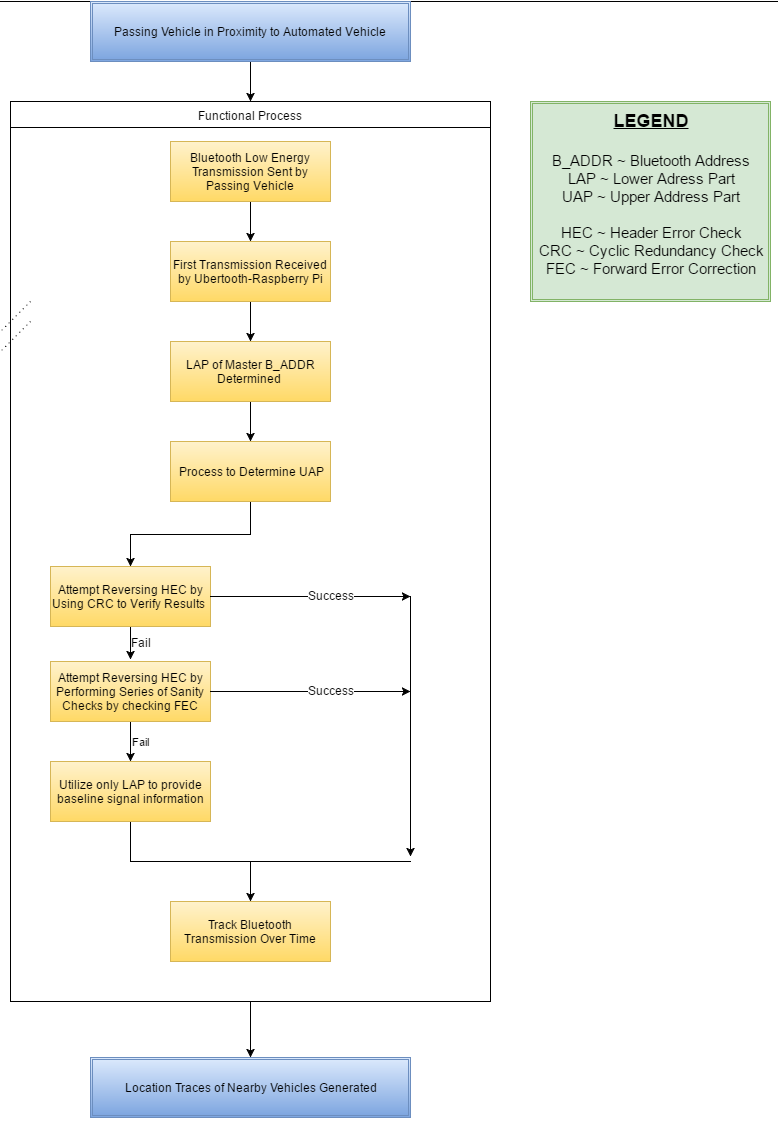 From the moment automated vehicles stepped out of science fiction and into a possible future means of transportation, they have been the focus of media attention and research efforts around the world. Light Detection and Ranging (LiDAR), infrasonic sensors, and other sensing technology will play an increased role in vehicle systems of the future, both for guidance and safety. However, while improved connectivity between the vehicle and driving environment provides many benefits, the synergy of these systems also posits a challenge – data security.

Current technologies rely upon sensing redundancy, and return system control to the user upon perceived anomalies in the data. However, if the information being fed to the system has been spoofed by a remote hacking entity, a vehicle may behave erratically and not know of the system failure. Additionally, upon disengagement of the automated driving algorithms, a driver has to immediately regain control of the vehicle. In order to improve both the security and precision of these systems, increased redundancy is key. Each sensor provides a different lens with which the vehicle views the world, and with each lens a clearer image is generated. However, in adding more sensing technologies, an inherent quandary arises. More sensors typically leads to more remote access ports. Accordingly, a balance must be found that allows for better fail-safe systems without jeopardizing security; Aeguard provides that solution.

Aeguard relies upon three already existing technologies – Raspberry Pi, Ubertooth, and Kismet. Ubertooth is an open-source wireless development platform, and Kismet provides a packet sniffer capable of interpreting the Bluetooth packet. Whether or not a device is actively connected to Bluetooth, Bluetooth packets are constantly being transmitted. Accordingly, inserting this system into a moving vehicle allows the system to listen to these transmissions from both passing vehicles and the phones in those vehicles. A location trace can subsequently be generated by when the signal comes into range, the strength of signal, and when the signal exits range. The unique benefit of this system is that it passively listens and thereby does not provide an access port to potential hacking threats. Additionally, since it only tracks the appearance of Bluetooth signals and can identify what kind of transmitter is generating the signal, the system cannot be tricked into perceiving a false signal. Even if the other sensor data have been spoofed by a hacking entity, the location traces can provide a sanity check for the system to then re-evaluate its network security and properly react.

Research from Strategy Analytics estimates 90% of all vehicles released by 2016 will contain Bluetooth systems; combined with Pew Research Center statistics that state 207.2 million people in the US own a smartphone, these Bluetooth signals are highly prevalent and every passing vehicle will be able to generate at least one location trace. Additionally, the total cost of these three products (~$150) is non-prohibitive to implementation. With this system, fail-safe systems can be better implemented and the security of automated vehicles greatly improved.