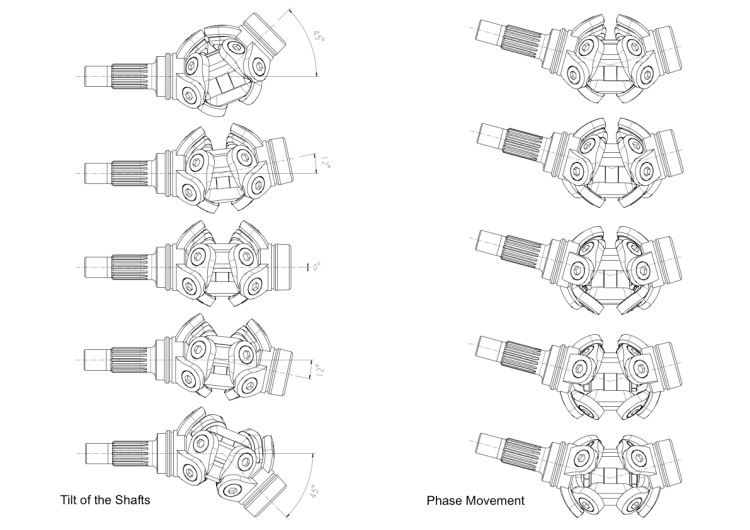 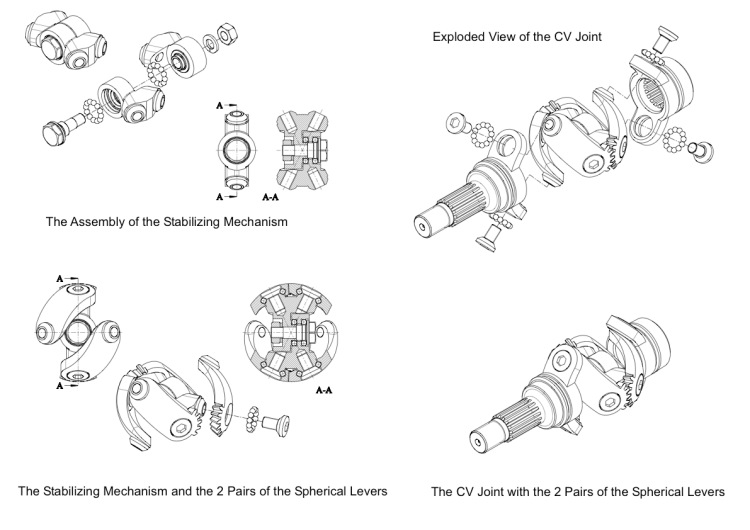 Constant velocity joints are not a "sexy" technology. They don't elicit emotions as potential cancer cures do. Until now you've probably never heard of a CVJ but they serve an important role in our everyday lives. It enables all kind of vehicles and modes of transportation to operate efficiently. More effective future robots can be built.

It is a non-trivial solution which solves the shortcomings of previous concepts. Several embodiments exist.

The invention relates to constant velocity joint where the input and output shaft cannot move in the direction of their axes.

The aim of the invention is to provide a technical solution which is easier, less costly and less demanding to produce and provides better benefits than current solutions.

Today the most commonly used type of CVJ is the Rzeppa type joint based on inventions from the 1920s. Its main shortcoming are the presence of sliding friction and that the joint is not one hundred per cent homokinetic, i.e. it does not completely provide constant velocity. Without this feature the joint is not optimal, leading to energy inefficiency, vibration, noise, premature wear which shortens its life span and that of the surrounding bearings., thus increasing product ownership cost. It will also have limited range of motion. Other.disadvantages of current solutions are: highly demanding production; no tolerance to axial load; small angle of syhaft deflectiyon capability (roughly twelve degrees to either side). The new CVT resolves these shortcomings.

The new solution is based on several pairs of spherically curved levers, which are rotationally fixed to the input and output shaft, and to a simple stabilizing mechanism located in between the two shafts.

The field of application of this new CVJ is very wide – it can be used in the drive axles of passenger cars, trucks, agricultural machinery, wind turbines, propulsive systems in helicopters, VTOLS, ships and outboard marine motors, robots etc.

The potential market for this invention is huge. Each passenger car with front-wheel drive needs at least two CVJs. This translates to approximately $30,000,000,000 ($30 Billion U.S.) annually. Capturing just one percent of this market would translate to a U.S. $300 million share. This invention can be described as "Million Dollar Baby."

Compared to conventional designs, the architecture of the new CVJ is very simple. The main components – the spherical levers - can be mass produced by die forging with minimal work. The stabilization mechanism elements can also be die forged with minimal work. The low cost production methods ensure a competitive price and good return on investment.