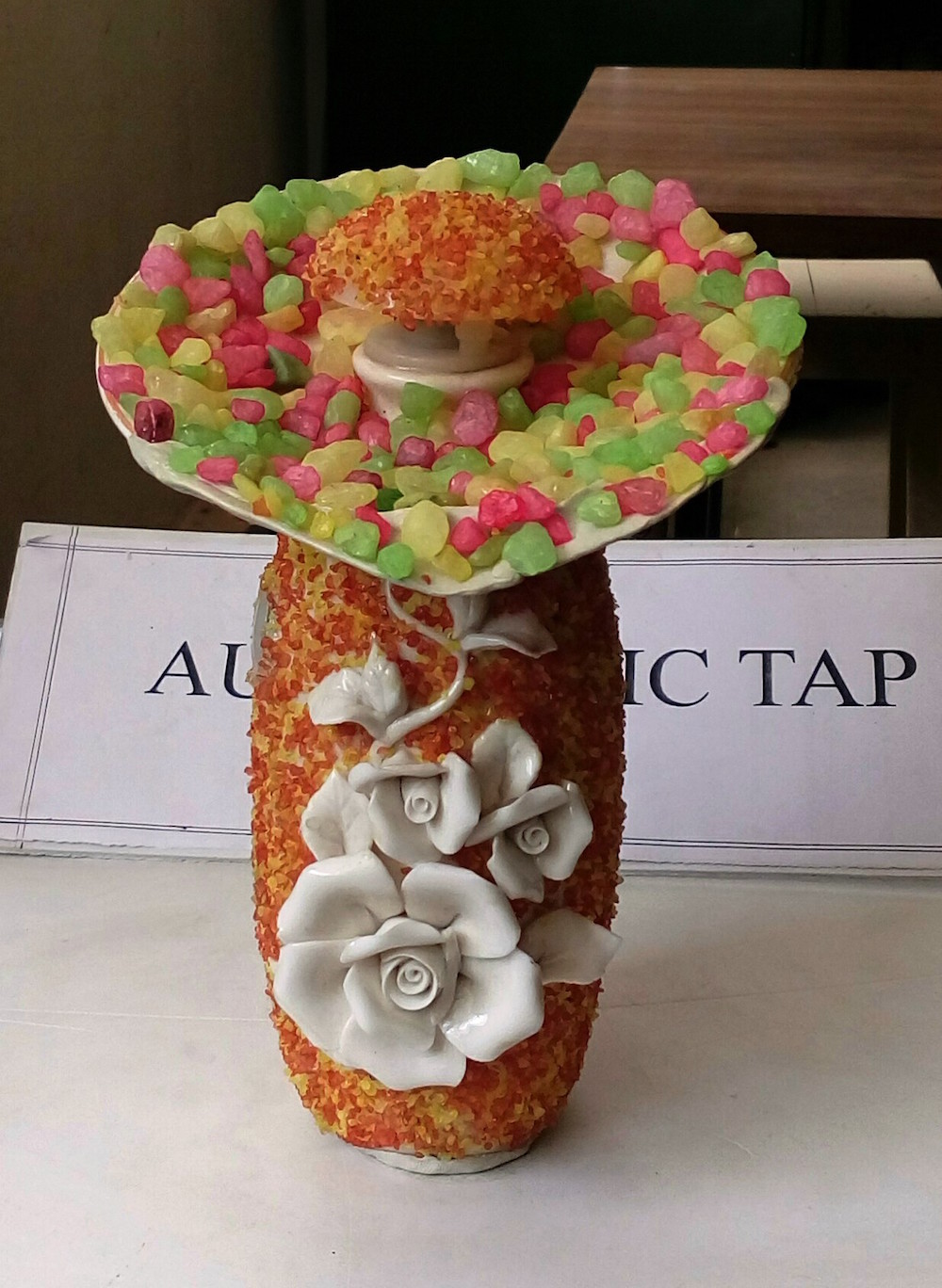 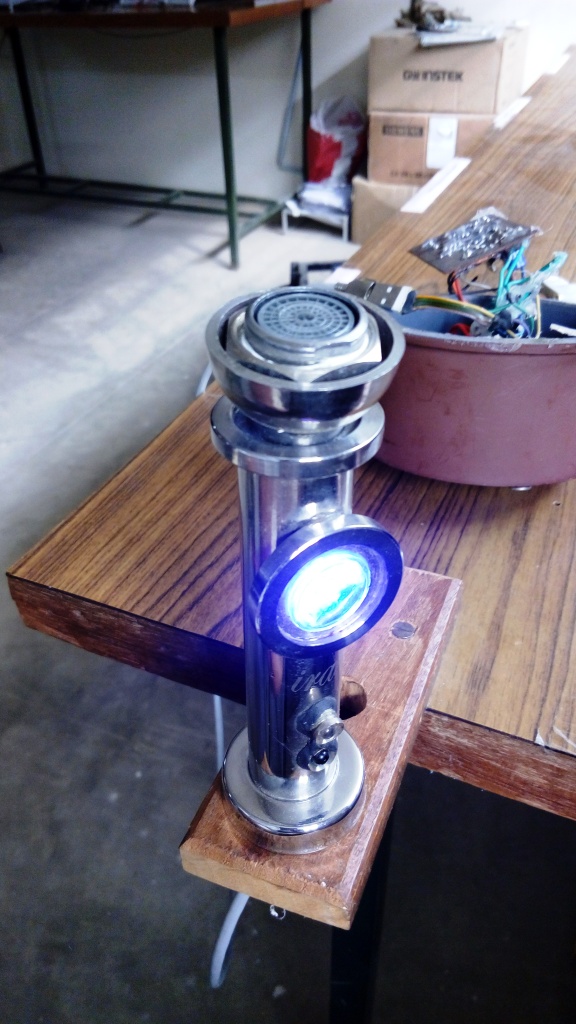 Water conservation is the need of the hour, but an ample amount of water goes to waste in personal and public tap systems. Automatic taps available on the market (costing approximately $150 or more) are much costlier when compared with traditional taps, adding with their complicated and tedious installation procedure. Proposed automatic tap systems provide a viable, cheap and energy efficient solution to the above mentioned problem.

In proposed automatic tap system (both ceramic and metallic) (fig.) a smart combination of PIR with IR is used for long lasting battery performance (more than a month) for a single charge. A single tap unit consists of an assembly of a battery, sensory circuit and solenoid valve, enveloped in an aesthetic outer look, thus making it a simple single unit for mounting on an existing basin, with no additional fittings - when compared with other auto taps.

On working part, hand movement in front of the vase, in limited range, activates the solenoid valve for water flow, and switches OFF the flow on removing the hand. Additional timer is provided for timed operation. In future a mini solar panels can be mounted on the tap, (without compromising the looks) for continues operation.

Comparison with the existing automatic tap systems available in market:
• First timed use of PIR/IR based actuation resulting into long lasting, single charge operation.
• Antique ceramic vase type design giving a unique look to an interior.
• Single unit structure, an inexperienced can mount it on basin.
• With manufacturing cost less than 12 $ (US), water conservation at cheaper rate is achieved. (NOTE: quality of the components are not compromised and the product is under testing for more than a year)

Manufacturing details:
Designed automatic taps employees PIR and IR sensor based hand detection and relay based solenoid actuation. Addition of PIR with the conventional IR sensor in the circuit has resulted in the huge reduction of power requirement, since PIR sensor, which switches the IR based circuit, has very low wattage. This results in the long lasting battery performance. All the components including the battery, Solenoid Valve and the PCB are mounted inside the designed vase. In few designs, additional enlargement has been employed in the ceramic vase for the above mentioned mountings, whereas in others, the whole mountings are within the vase. Enlargement is also done so as to properly guide the flow of water. A safety switch along with the charging point for battery is provided on the ceramic body.