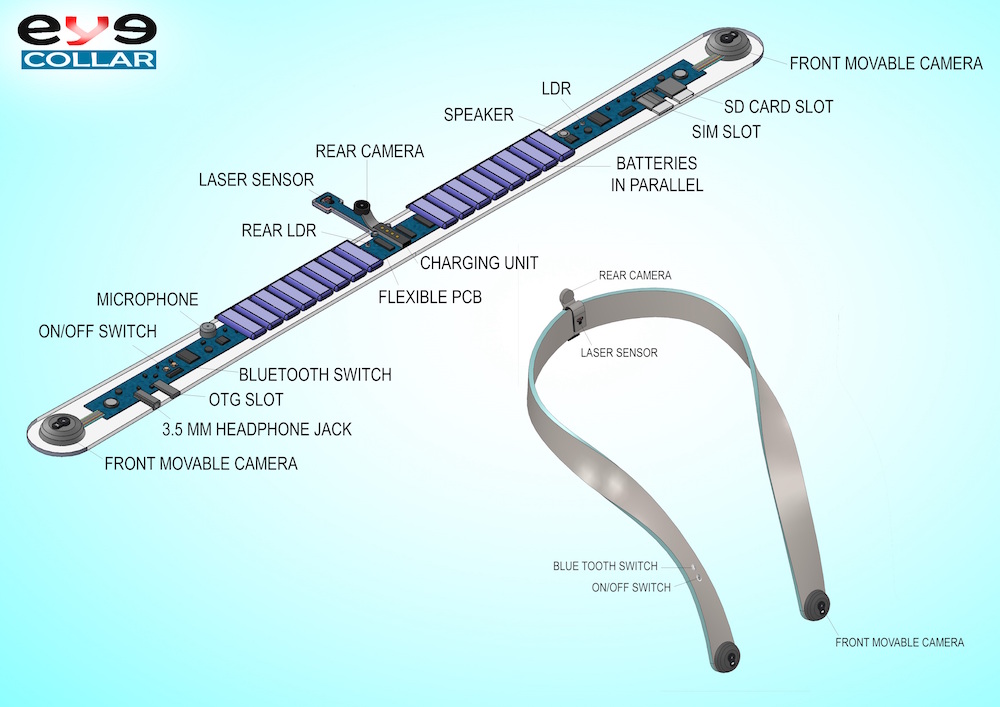 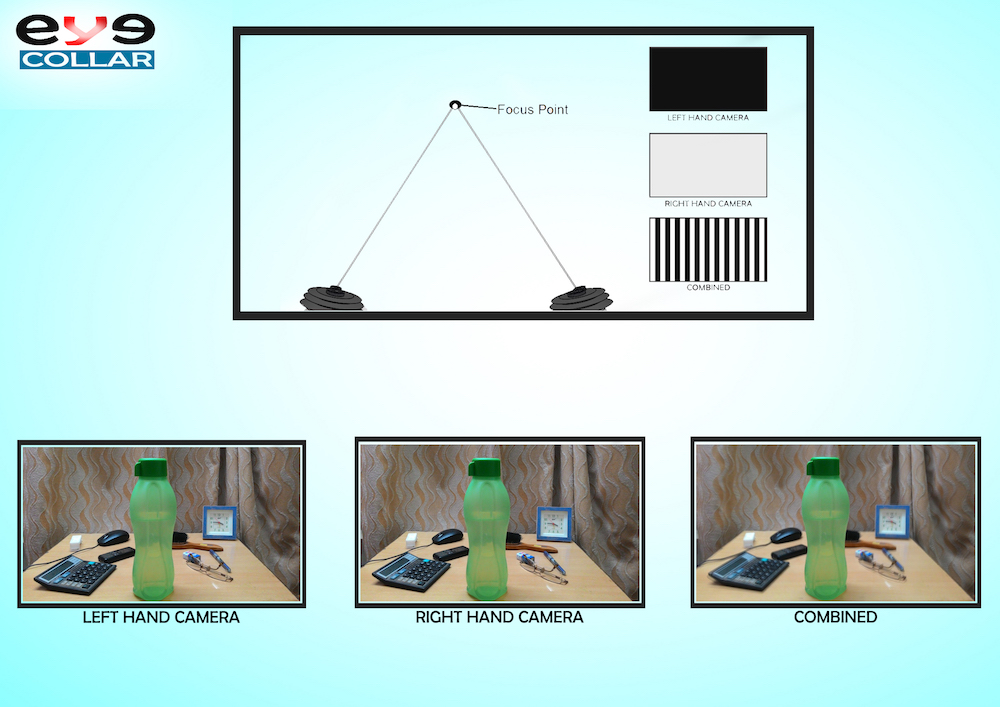 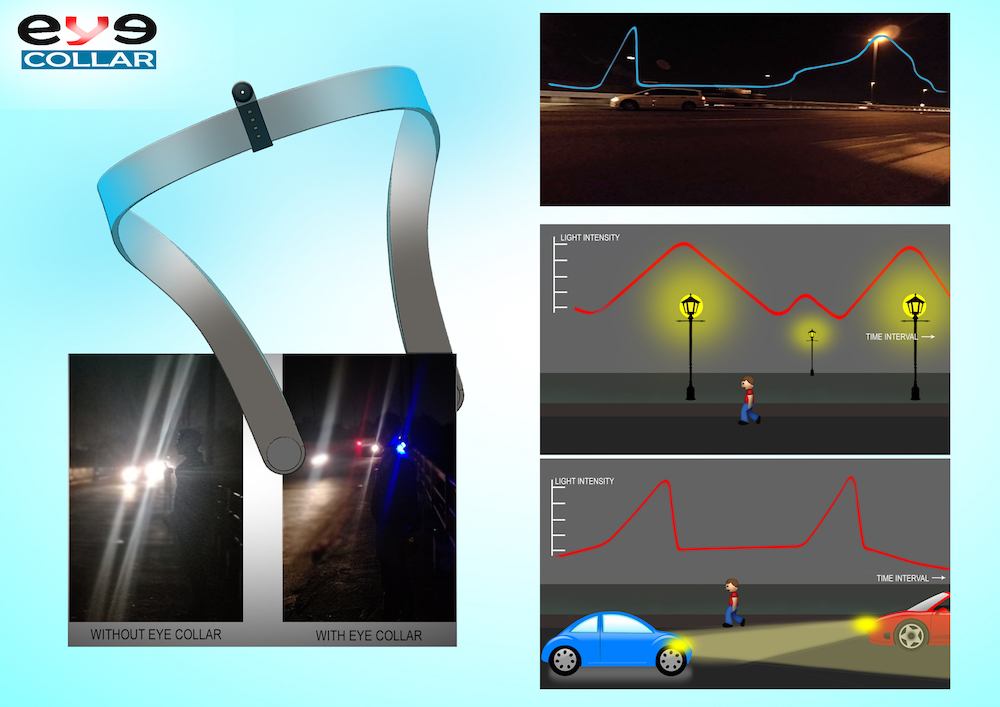 Eye collar is a wearable device which is facilitated with real-time video recording as well as photography, rear alert to let know if someone is approaching from behind without notice, driving alert against sleepiness during long drives, and automatic backlight to enhance safety of foot passengers at night.

The recorded videos and photography are uploaded to third party storage simultaneously. This uploading can help in securing the data in adverse situations. The information will be directly accessible by security police under personal permission for investigation or safety purposes.

There are two front moveable cameras. The movement of the camera is done in solid angle of 120 degrees by DC motors through screw turning mechanism. The each camera is equipped with a gyroscope and accelerometer. The direction of the camera is guided by the laser sensor through CMOS similarly as laser mouse does. This is attached at the back of neck and tracks the movement. Therefore the collar captures the movement that you may see in front of you.

Rear camera is attached with an ultrasonic range sensor which clicks the photograph when someone comes within a pre-set range and alerts the holder by vibration.

Driving Alert is an important feature embedded in the eye collar. While driving if the holder feels laziness or sleepiness, eye collar alerts him by vibrations and ringing. The heart rate and respiratory rate are continuously tracked by the eye collar through heartbeat module and microphone respectively. When it finds that person is becoming low comparatively it rings and vibrate. Frequent disturbance disturbs the monotonicity of the road and makes the driver more concentrated.

Eye collar is equipped with backlight which gets on during traffic. Inbuilt LDR tracks the frequency of the light during night to know if he is in traffic and detects if the person could become unseen for the drivers due to headlights. When such situations arise the backlight gets on to make him visible.

Eye collar has flexible PCB and small size batteries connected in parallel so that it can be adjusted to ergonomics of every body. Data stored in memory cards or third party computer will be over-written after pre-selected time interval, thus it is required to store special moments separately.

All the controls and settings of the eye collar are to be done through Bluetooth via mobile by App.

The purpose of this gadget is to increase the safety of people to the next extends. Also make them enjoy to capture the moments which could have been missed by the time they on camera. Real-time recording can help decrease criminal activities since the role of handful CCTV cameras are extended to every individual. This can help in increasing women’s safety as well as transparency in systems. People would have a sense of fear in doing wrong since they could be caught from anywhere. Thus the aim of the invention can be fulfilled by making the world a better place to live.