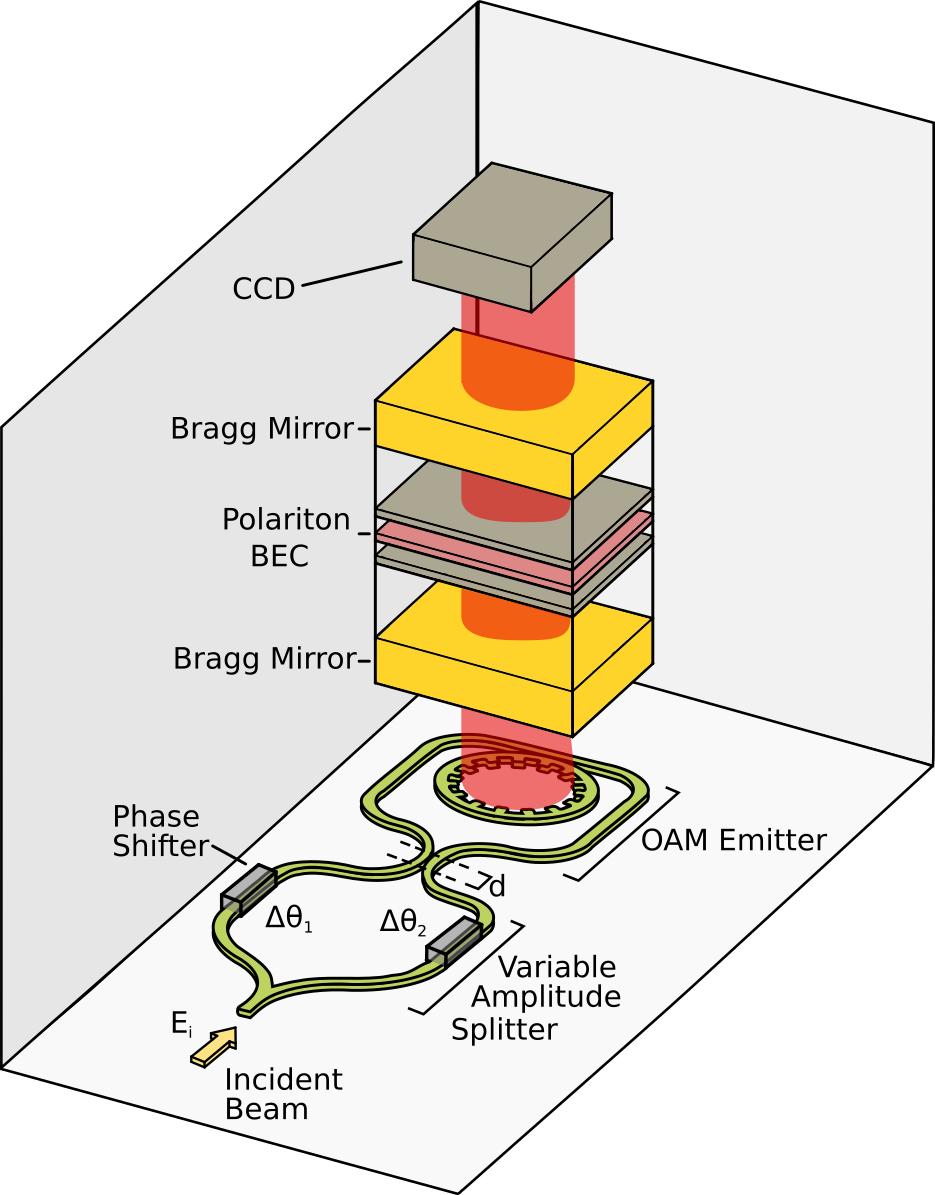 The Polariton Interferometer was first developed as a novel quantum sensor, and is poised to be a strong competitor in the technology market driving consumer products. The Polariton Interferometer utilizes exciton-polariton matter waves to determine motion, introducing a paradigm shift for image stabilization technologies. These waves induce an interference pattern that allows the rotational rate of the device to be detected as the measurement output, effectively constituting a quantum inertial sensor. This emerging field of technology, polaritonics, will form the basis of an entirely new industry. The Polariton Interferometer utilizes a unique quantum state known as a “vortex superposition.” The vortex superposition eliminates the area dependence from the equations that describe motion. Other measurement instruments often require bulky and inconvenient ultra-cold atom configurations as the basis for matter wave technologies, while polaritonics offers these capabilities at room temperature in a stable, compact device design. Comparable optical technologies require an area dependence to achieve such measurement sensitivities, whereas the polariton measurements are area independent.

Polaritonics can be used to stabilize image blur on digital cameras. Camera motion blur - or image blur - occurs in low-light photography situations, and is often a reason for discarding photographs. Instrumenting a camera with a gyroscopic sensor provides information about the camera dynamics, and therefore the image blur. The sensor capturing the image can be moved in such a way as to counteract the motion of the camera, a technology often referred to as mechanical image stabilization. When the camera rotates, causing angular error, the gyroscope encodes that information and provides it to actuator that moves the sensor. However, with existing sensor sensitivities it can be challenging to use this information due to significant error, or drift, which accumulates over time. The unprecedented sensitivity of the Polariton Interferometer provides a way to eliminate this ubiquitous problem, which has implications for still and video cameras, image-stabilized binoculars, smartphones, and also astronomical telescopes.

Polaritonics also opens new possibilities for interfacing with smart devices using motion and gestures, enabling applications such as highly accurate wearable motion sensors, which are important for athletics and biomechanics studies. The Polariton Interferometer was invented to viably maintain quantum measurement sensitivity without the use of ultra-cold atoms, or the area dependence of optical technologies. This device is a novel quantum sensor that allows superior measurement control, and will facilitate the next generation of consumer products.