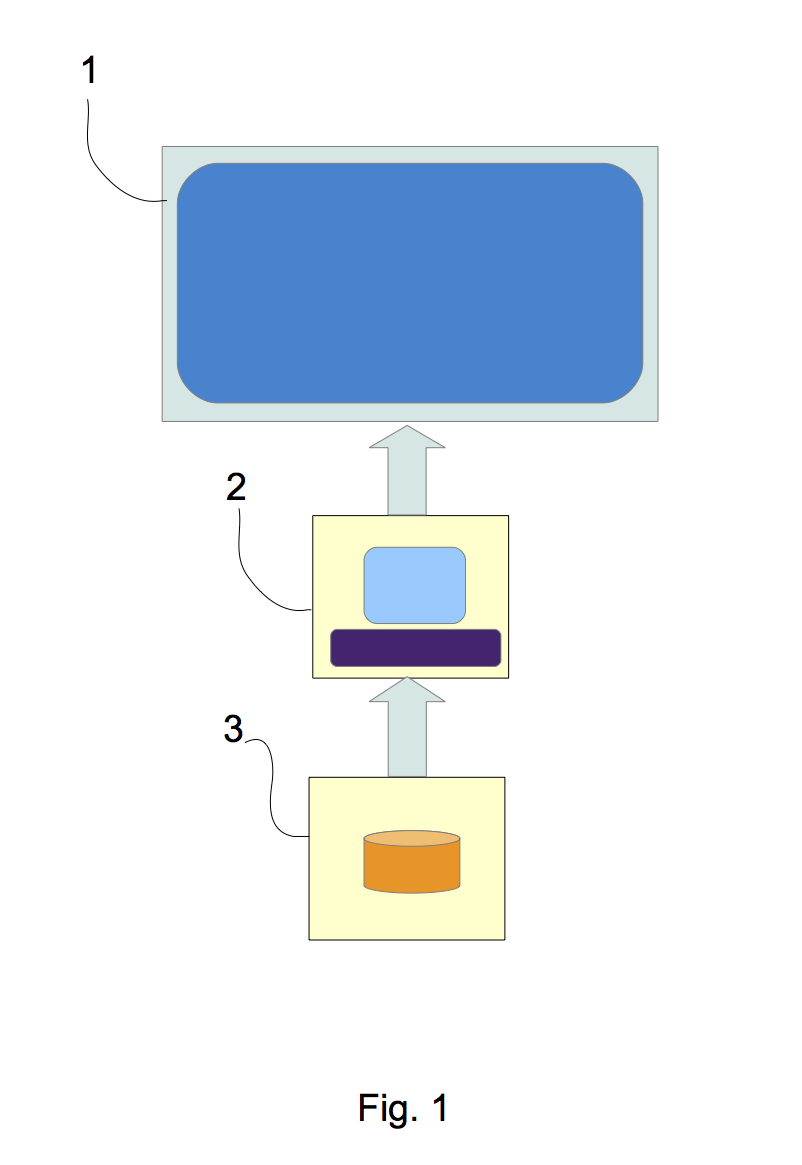 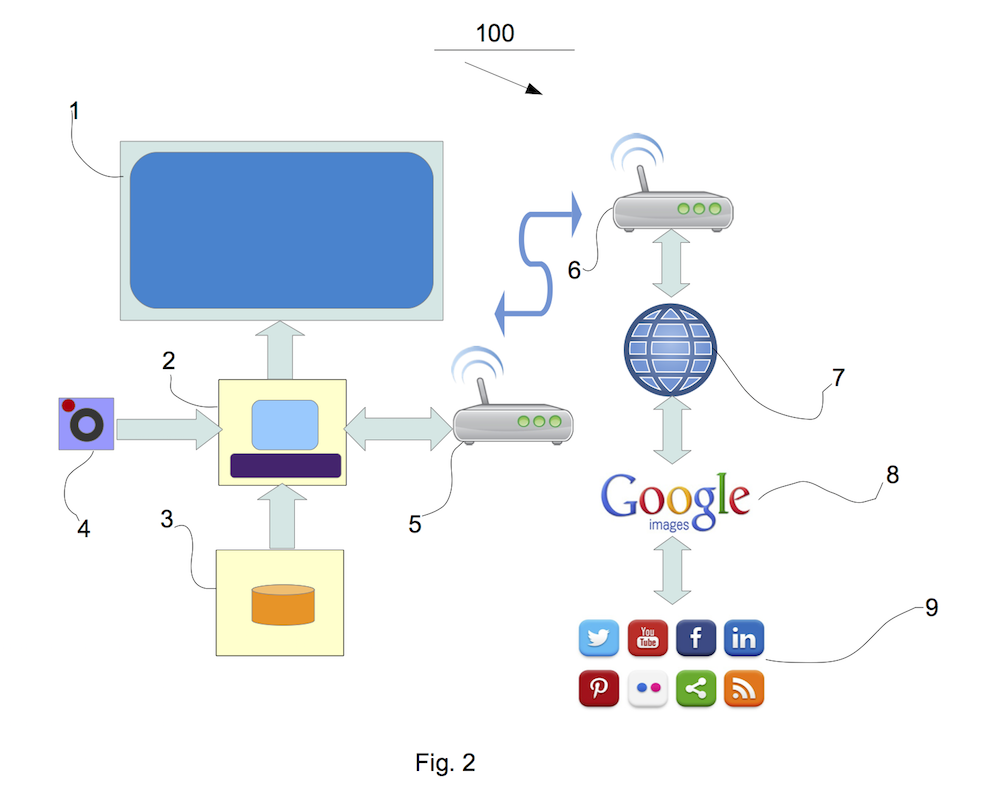 There are known public advertising systems showing video clips, embedding a video screen and computer interfacing with data storage, where the advertising video clips are stored and shown in an order which is programmed preliminary or chosen randomly by the computer. The architecture of such system is presented in Fig.1: The computer 2 interacts with the data storage 3 containing the video clips and displays them on the screen 1.

The listed above public advertising systems have the disadvantage, that the ads shown are not oriented to the interests of the people passing through – their impact is negligible.

A video camera takes continuously pictures of the people passing through. This camera is connected to a computer, which controls the advertising screen and has an Internet connection. Using face recognition program and image searching engine (like Google image search) the most popular social media sites like Facebook, Twitter, LinkedIn … etc are searched for the profiles of the people, whose faces are recognized on the camera shots. In the found profiles of the consumers, the interests listed are scanned. If a group of people is recognized and their interests identified, the most common interest is chosen. If there could not be found a shared interest, one interest of the bunch is randomly selected. Based on the selected interest a thematically corresponding ad is shown. If no match is found, a randomly chosen ad is presented.

For more complete description of the present invention and its advantages, reference is made to the following description, taken in conjunction with the accompanying drawing (Fig.2), in which the architecture of the consumer interests oriented intelligent public advertising system is shown.