A Universal Stylus Turns All Display Screens To Touchscreens 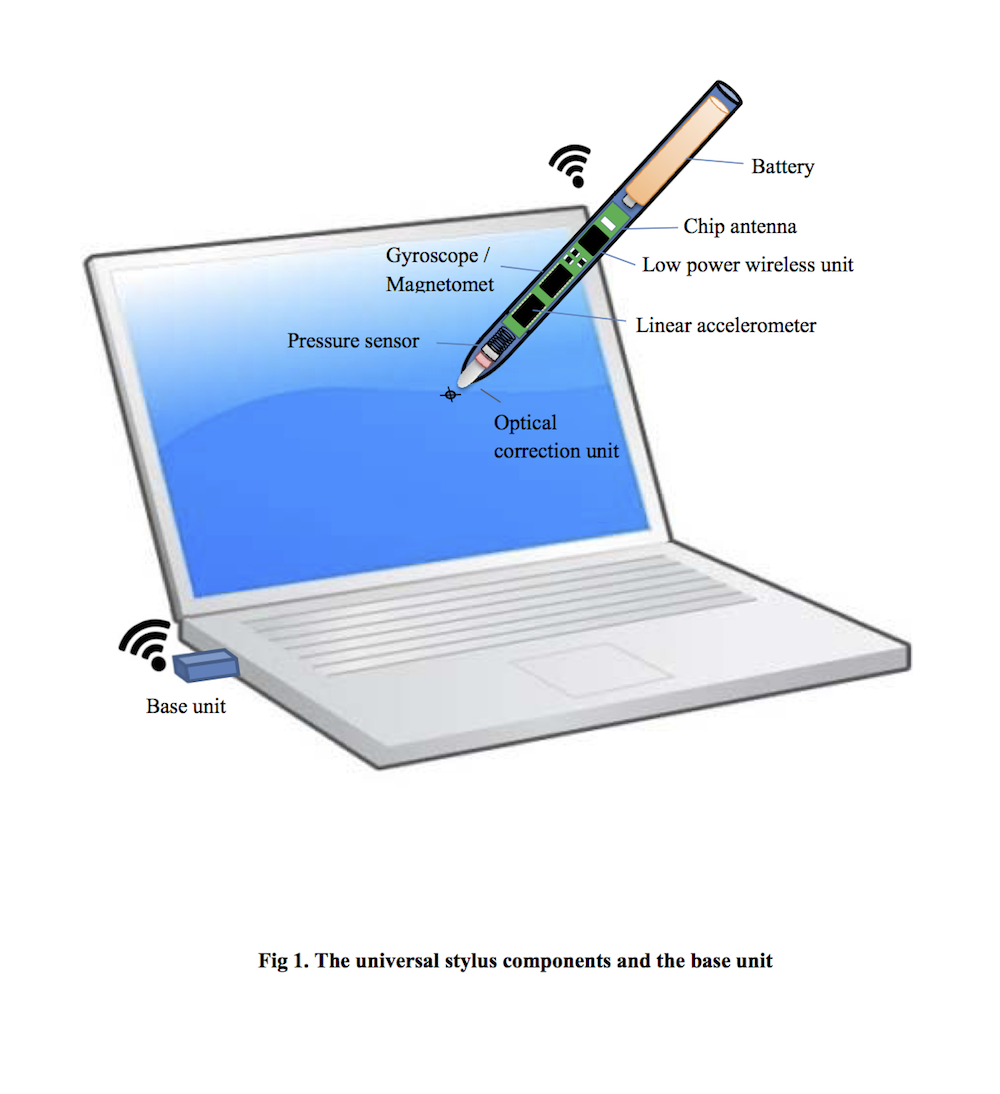 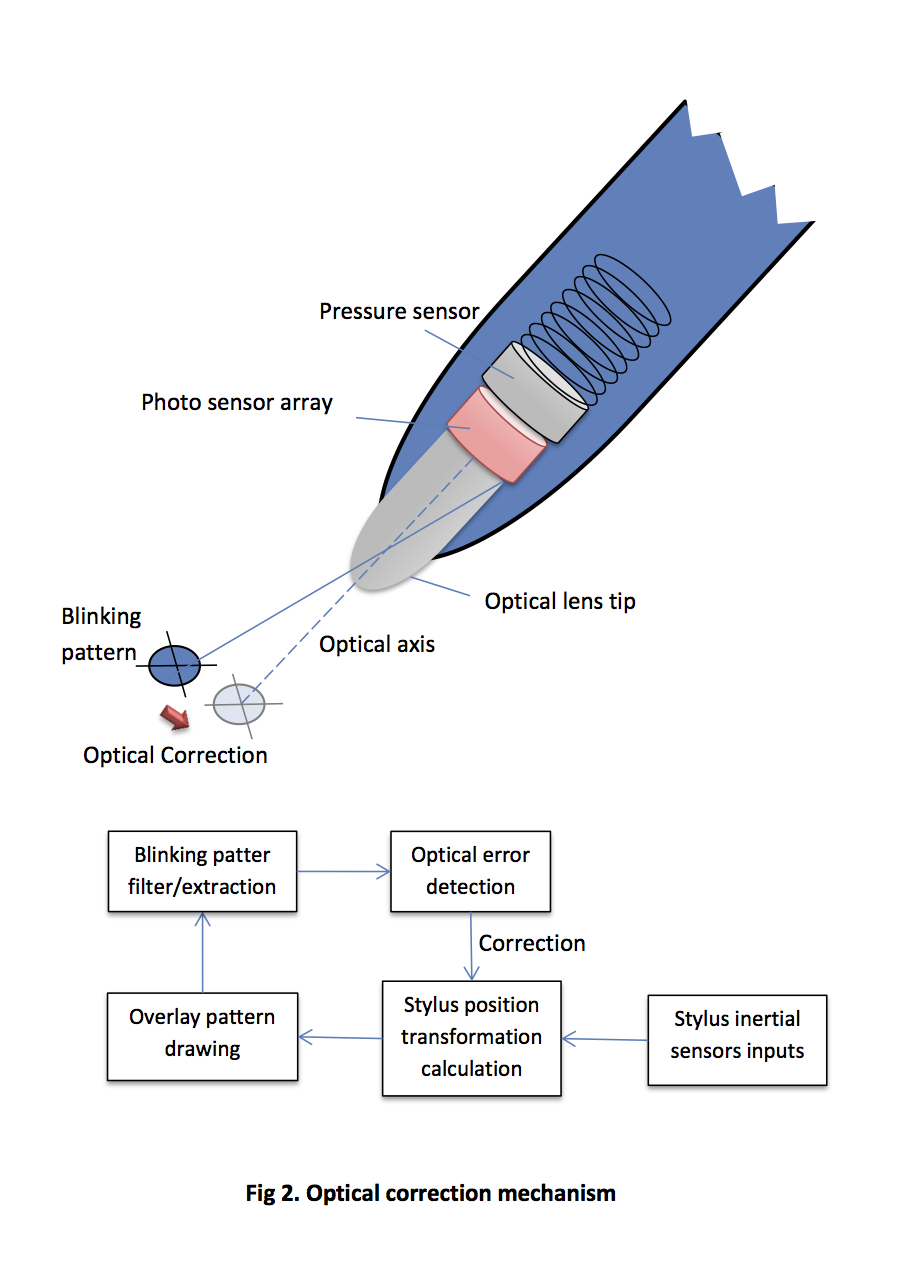 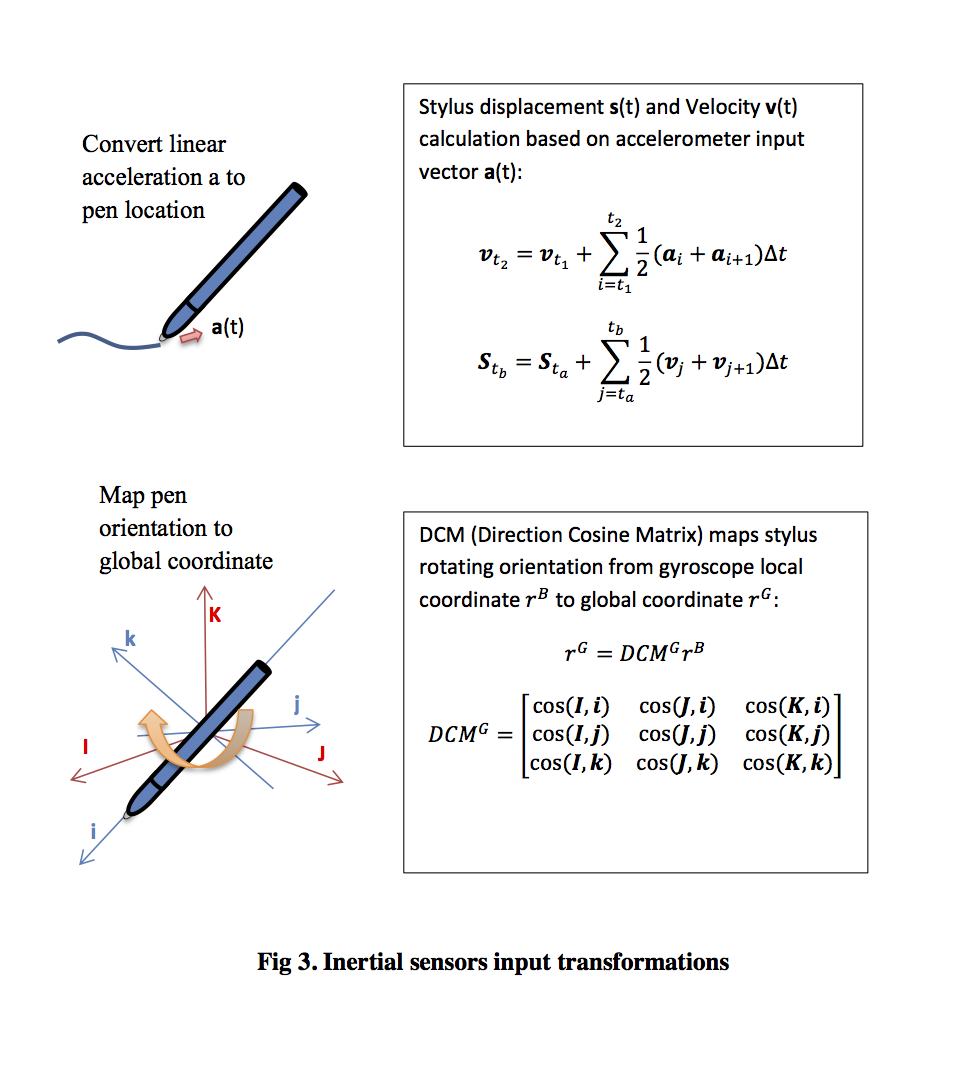 Nowadays, all mobile devices are equipped with a touchscreen. However, most stationary display screens, such as computer monitors, television sets and projector screens are not touchable due to the high cost of touchscreens.

This universal stylus converts all display screens to pen-touchable screens, regardless of their screen size and type. The stylus is inexpensive and it adapts easily to computer monitors, smart televisions and projectors. It can be used for functional control or for drawing on a screen. It can also turn large displays in classrooms or conference rooms into whiteboards.

The stylus system is comprised of a stylus and a base station. Both components are linked by a low power wireless connection. In the stylus, there is a set of small MEMS (Micro-Electro-Mechanical Systems) inertial sensors, including a linear accelerator, a magnetometer and a gyroscope (Fig 1). It also contains an optical correction tip for eliminating inertial sensor drifting errors, and a pressure sensor for sensing the touch force of the stylus (Fig 2). When the stylus is in use, the linear accelerometer senses the stylus’ motion acceleration vector in 3 dimensions. The linear acceleration inputs are converted to the stylus’ displacement with double discrete integrations. The magnetometer provides a global coordinate frame reference, which is used to map the stylus movement from the accelerometer local coordinates to global coordinates. The gyroscope senses the stylus’ rotation along its local coordinate axes. The stylus rotation and direction are converted to global coordinates by the Direction Cosine Matrix (DCM, Fig 3).

Since inputs from inertial sensors calculate the stylus position via discrete integrations, , the calculated position may accumulate error. Specifically, the sensors’ floor noise could cause the calculated position to gradually drift from the real position. An optical correction unit at the stylus tip is used to eliminate such errors. The stylus tip is an optical lens with a photo sensor array at the end. When the stylus tip is positioned near the screen surface, a pattern is drawn on the display overlay. The pattern blinks in a way that allows the optical sensor to easily detect the pattern, distinguishing it from the surrounding background. If the overlay pattern is away from the lens’ optical axis, the photo sensor array will detect the difference. The stylus transformation matrix is corrected with the optical error detected. The overlay pattern is back to the correct position.