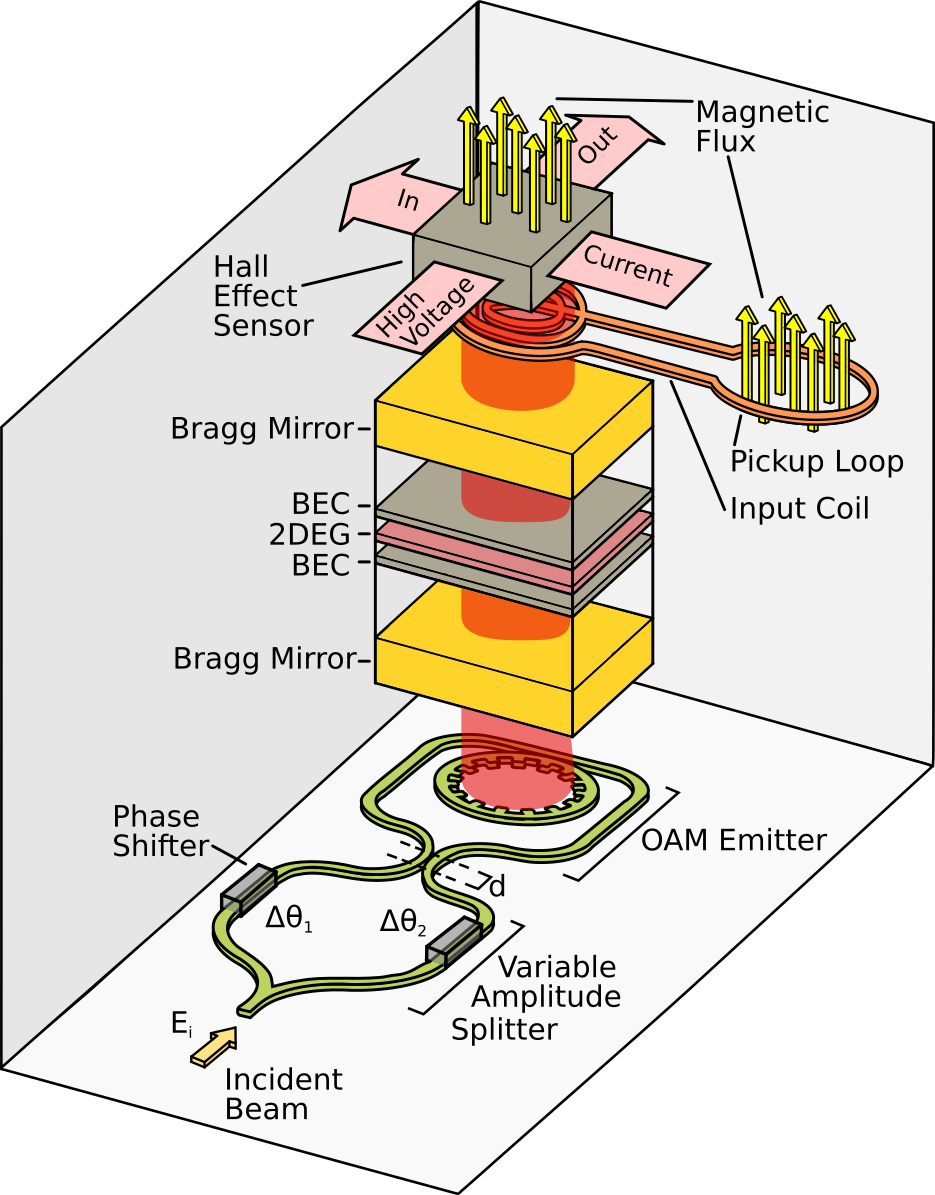 The first classical transistor was invented at Bell Labs in 1947, which gave rise to the electronics industry of the 20th century. However, Moore’s law – which has described the rapid technological developments of this industry – will soon come to an end. Once the features of the transistor hardware are reduced in length to approximately ten atoms across, electron tunneling behavior will jeopardize the transistor’s performance and the scaling limit will have been reached. To bypass the death of Moore’s law, a new quantum computing paradigm is needed, which entails replacing the electron based transistors with quantum mechanical transistors. This can be accomplished with Bose-Einstein condensates (BECs).

Atomic BECs were first achieved in 1995. Although it has become easier to realize atomic BECs since their discovery, they still require very low temperatures for operation. For most purposes, this is too expensive and impractical. Alternatively, negatively charged quatrons are quasi-particles composed of a hole and three electrons which form a stable BEC when coupled to light in triple quantum layer structures in semiconductor microcavities. This allows for both the greater experimental control found in quantum optics, and the benefits of matter wave systems, such as superconductivity and coherence. Moreover, due to the extremely small effective mass of the quasi-particles, quatrons can be used to achieve superconducting BECs at room temperature. The charged supercurrents found in room-temperature quatron BECs can be used to replace the voltage state representations of the classical transistors. In classical electronic transistors, information is encoded and accessed by manipulating and reading voltages on transistor switches located inside integrated circuits. Each electronic transistor is set to a voltage state of either 0 or 1 by a bus to encode bits of information. In order to achieve the new room-temperature quantum transistors, it is necessary to develop quatron Superconducting QUantum Interference Devices (SQUIDs). Traditionally, SQUIDs have widely been used in applications such as quantum information, non-destructive evaluation, biomagnetism, geophysics, magnetic microscopy, and nanoscience. More recently, SQUIDS have been involved with basic physics experiments like the detection of axion dark-matter, the Sunyaev-Zeldovich effect, Majorana fermions, Hawking radiation, Gravitational waves, and the dynamical Casimir effect. However, quatron SQUIDs can also act as qubits, replacing the binary voltage states of the classical transistor. This is facilitated by the encoding of states known as superposition, and is achieved with quatron BECs by using the photon coupling from the orbital angular momentum states of light used to induce the superconductivity.