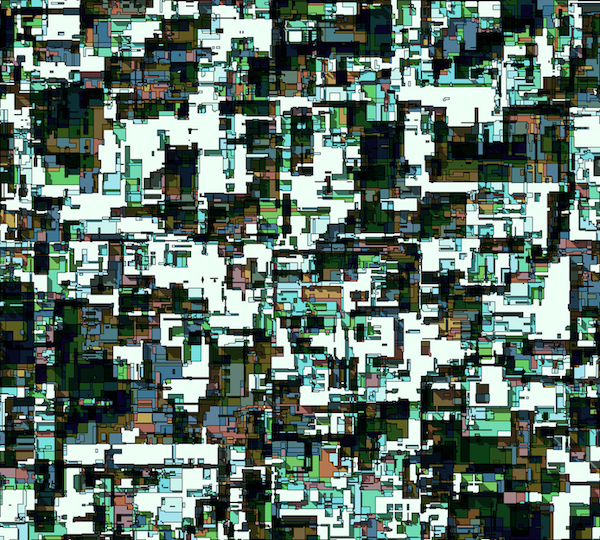 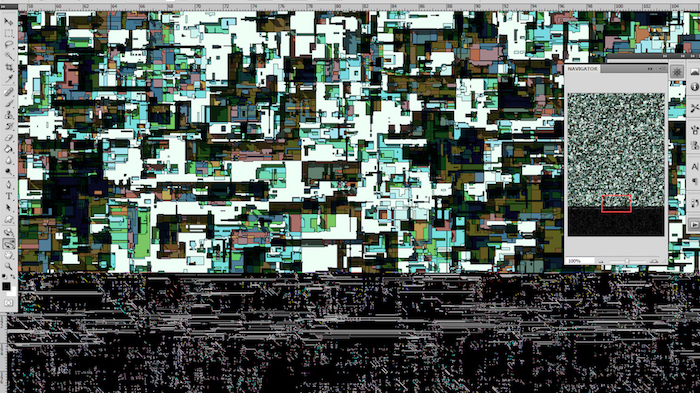 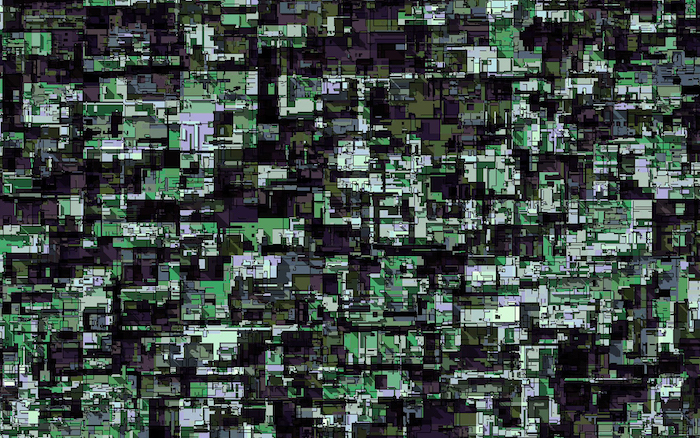 The nanomachines’ and nanorobots’ population is imminent. Their operation will involve a conglomerate of structures to organize them and let them function at ease. This near future nano-demography will require cities: facilities for the input/output of energy and material they consume, produce or by-produce. This is the ultimate futuristic urban frontier. Inspiration has been found in Japanese Metabolism, Sant’Elia’s Citta Nuova, and Corbusier’s machines for living. Nano-cities are indeed other machines, for machines to live in.

However, its scale and complexity will render it unbearable to be designed or built using conventional procedures. This research project intends to develop a technique for drafting complex modular components, capable of combining within themselves in order to conform an infinite tissue. The array procedure articulates the development of the form, in a similar way nano-mechanisms will be manufactured at industrial scale: by automated assembly. It’s a design and drafting mechanic I call “Reiterated Synthesis”. For all this occurs as simulations inside computers, it uses pixels as basic building blocks. This Cartesian morphology, although reductionist and dissimilar from crystallographic geometry found in solid molecules, can provide a glance on how to compose such structures.

The main objective of this project is: by means of massive computational processing capabilities, implement a systematized compositional grammar, capable of organizing functions in a built environment, on an urban tissue, in such a scale, which will require the procedure to be performed in a semi-automated manner, abandoning the classical additive-subtractive composition/construction approach. This, in order to have the arrangement of an active inward where zillions of units may perform. The events occurring there, will be in direct correlation with our society’s industrial activities.

The manufacturing process involved here is yet undetermined by science. Regarding several progresses in the field, there is the assumption that it will partially be biological in nature, as it is also considered the development of purely mechanical nanotechnology. So aspects regarding production, maintenance, repairing or sustainability will have to be issued from a dual approach. Thus, it’ll combine mechanicist procedures with bio culture techniques.

This research project has no precedents and contributes on one of the newest knowledge fields explored by human culture. Its novelty is such that lacks historical or theoretical references to support it. The technology required for prototyping will be unavailable for a century or more. Present day knowledge merely allows us to have a computer simulation and modelling of the phenomena. This is considered the best case scenario. The generation of a theoretical and referential corpus will require the contribution of the same kind of intellectuals involved in the development of our urban landscape and culture. These discussions constitute the great body of this research project and will provide a framework to foreground procedures once the technology becomes available.