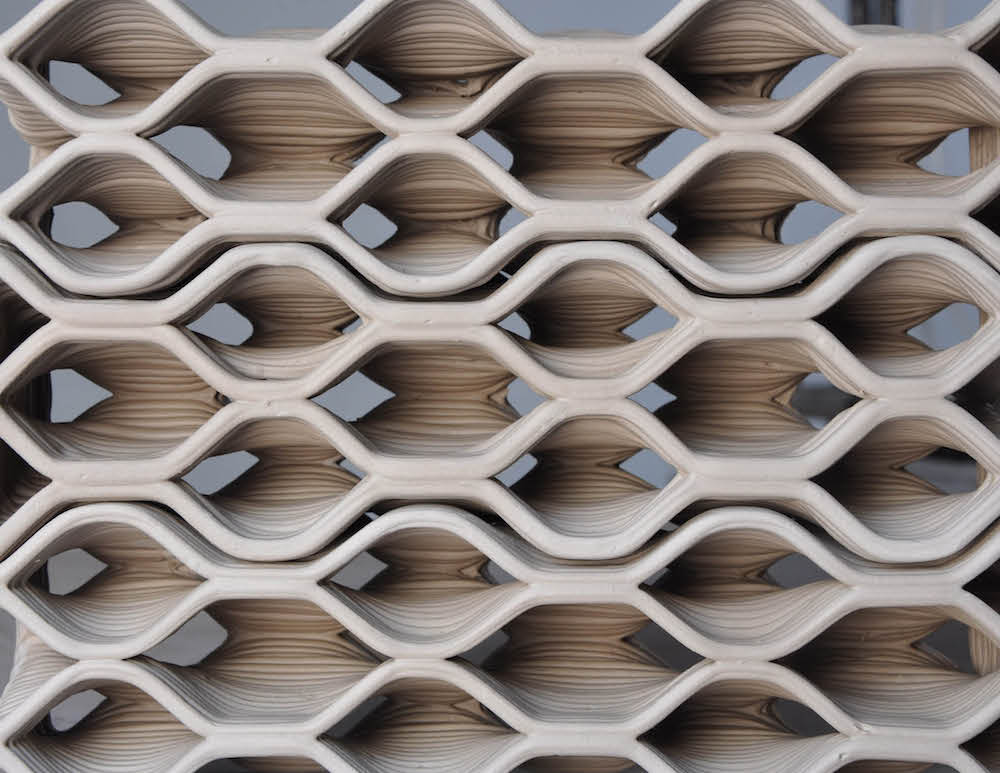 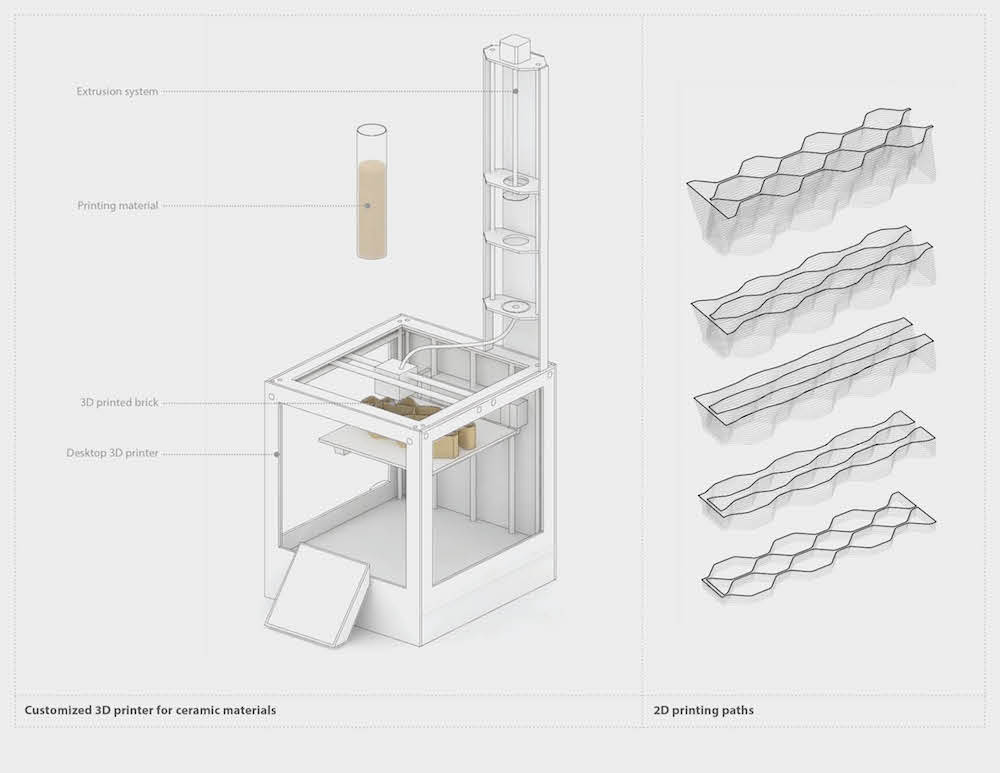 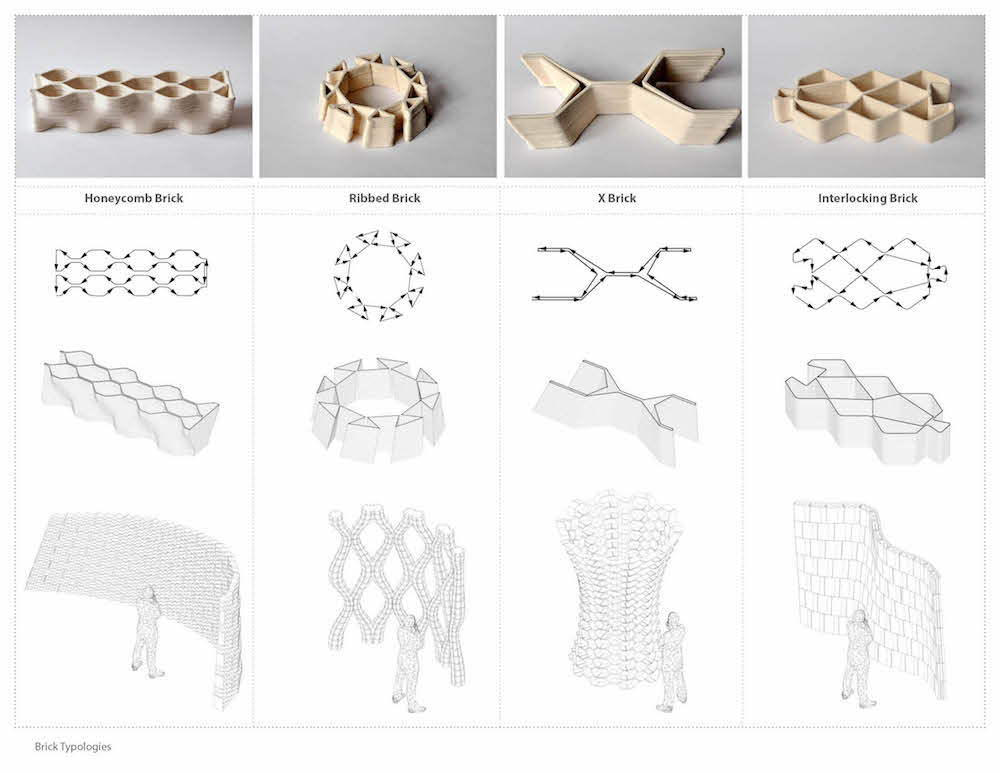 Introduction
Combining a traditional building material (ceramics) with a new fabrication technique (3D printing) to re-think an ancient building component (bricks), this project demonstrates how 3D printers can become portable, inexpensive brick factories for large-scale construction. Bricks are an ancient building component and their fabrication has seen several innovations throughout history; however it has consistently relied on a system of molds or extrusions that produce the same shape hundreds, or thousands, of times. This project is an exploration of a new fabrication tool for bricks: desktop 3D printers. This technique does not rely on molds, but rather prints each brick individually, allowing users to fabricate complex forms within which each brick can be unique.

Design
The brick designs were developed using a parametric design software, Grasshopper. The initial part of the Grasshopper definition involved scripting an overall form of the application (e.g. wall screen) by inputting the design parameters of the desired structure. This form was then subdivided into modules (bricks) that could be fabricated by the 3D printer. Each brick has information embedded into the digital model, such as the material cost, printing time, and a labeling system for the full scale assembly and fabrication code for the 3D printer. When the overall form was changed, the individual bricks were automatically updated, creating a design system that could quickly adapt to varying scales, sites and applications. As a result, a master Grasshopper script included all the information needed for a brick, from the design and structural data to the fabrication code and a simulation of the printing process. This minimized the time spent redesigning and modifying the bricks based on the fabrication system and physical tests.

Fabrication
A FDM (fused deposition modeling) style 3D printer was used for this project. The plastic extrusion system (print head) was replaced with a bespoke one that utilized air pressure, while the existing x,y,x gantry remained. The printing material was derived from a ceramic slip cast recipe and was stored in reusable plastic cartridges. Various recipes were tested to determine the optimal viscosity, drying time and shrinkage of the mixture. The ceramic mixture was extruded from the plastic cartridge through a thin nozzle (print head) using air pressure. The speed of the extrusion was controlled by adjusting the pressure, which needed to be consistently maintained throughout a print. The bricks were printed with a continuous extrusion; material flowed from the print head without stopping and starting, following a series of vertically stacked printing paths composed of polylines. The goal for each polyline was to create an unbroken path that was both structurally stable and time efficient. Each brick required approximately 15-20 minutes to print and after printing, the bricks were air dried for one day and then fired in a kiln at 1100 degrees Celsius for twelve hours.