Lung-Probe: Helping To Detect Pneumonia In Infants And Babies 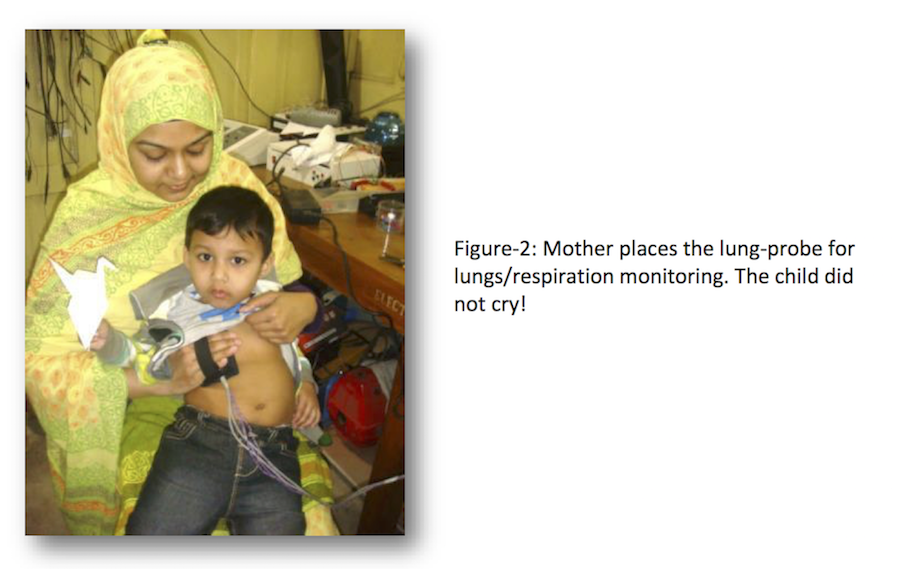 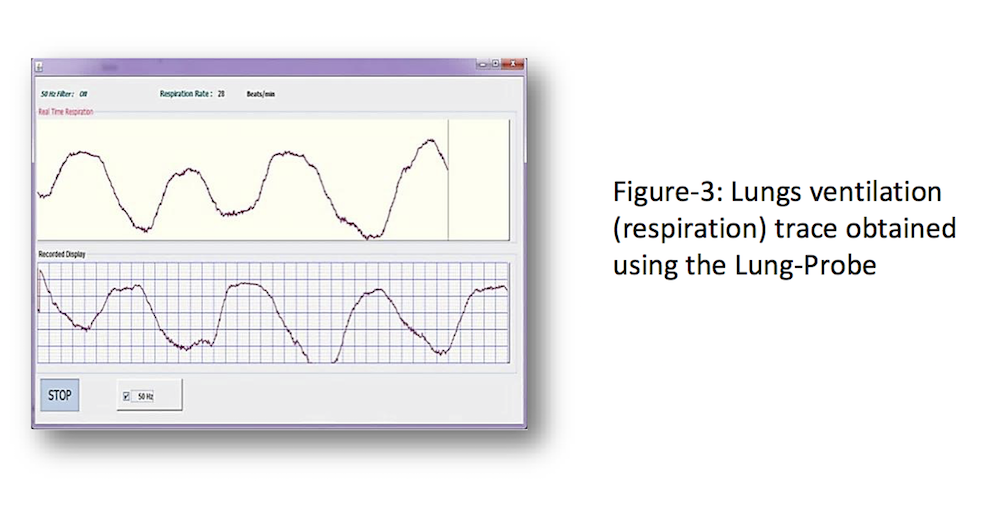 Pneumonia still takes a lot of lives of infants, babies and children in the low resource countries (LRC). Without X-ray images, it is difficult to diagnose pneumonia, or to distinguish it from other simple respiratory diseases. It is a cruel fact that in spite of being invented more than one hundred years back X-ray facilities are still not easily accessible to about 80% of the global population living in the rural areas of LRCs. An expert doctor, however, can diagnose pneumonia fairly well without X-rays through combining several symptoms and data, such as respiration rate, heart rate, temperature and the pattern of movement of the abdomen, but qualified doctors are not available to the above mentioned rural population either. They usually go to quacks, village doctors or pharmacists for treatment and often the cases of pneumonia are ignored leading to eventual fatalities, or cases of simple respiratory problems are dealt with antibiotics for pneumonia, an overkill, creating other health problems beside antibiotic resistance which is looming over the whole humankind as a great life-threat.

Through modern ‘Telemedicine’, or ‘medicine at a distance’ using the Internet, it is possible to bring the expertise of town dwelling qualified doctors to the villages, also giving an opportunity to tackle pneumonia. Precise measurement of respiration rate is very important in this procedure and instrument that can measure respiration rate and send data to a doctor over internet is necessary. None of the currently available devices qualify for this because as soon such instruments are connected to a child or a baby, it starts crying, changing respiration rate and making the whole measurement useless.

As a solution we developed an electrical impedance instrument with a special palm worn ‘Lung-Probe’ as shown in Figure-1, connected through flexible lead wires. The probe is made of a flexible rubber sheet in which four active electrodes and a fifth common electrode are fixed, and allows measurement of electrical impedance of the region under the skin where it is placed. The mother or a nurse wears this probe and places it on the child’s chest (Figure-2). A mother’s touch is usually accepted by a child who does not cry while the measurements are carried out. Respiration changes the amount of air going into the lung tissue changing its electrical impedance which is picked up through this probe and displayed through suitable instrumentation. Figure-3 shows a variation of impedance with time from which the respiration rate can be easily determined. The magnitude of the measured variation in impedance also allows estimation of localized defects of ventilation at different locations of the lungs which can give further diagnostic information. Using the prototype, measurements were carried out successfully on several babies and children; none of them cried! It was a great success of the Lung-Probe and would make a great instrument for detection of pneumonia, saving a lot of lives of infants, babies and children throughout the world.